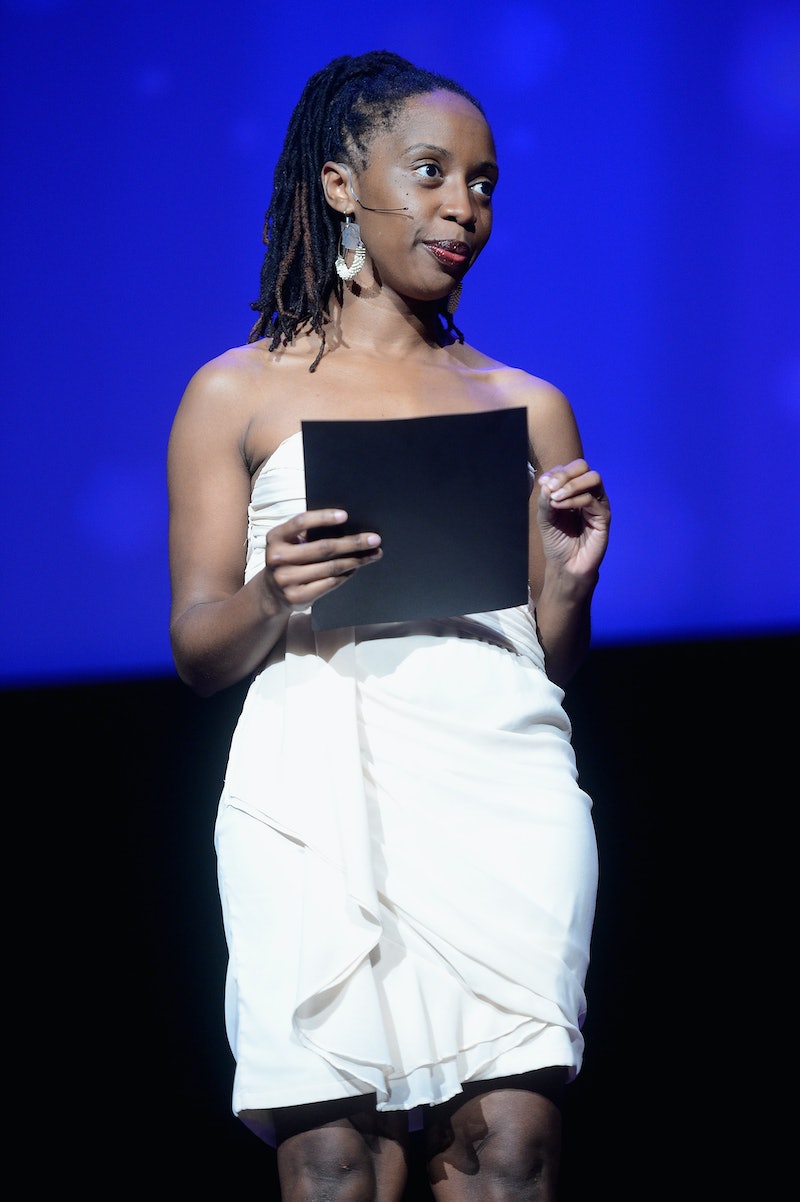 July is National Minority Mental Health Month. The stigma surrounding mental health issues is one of the biggest barriers between people and the help they need, and there is reason to believe that people of color are less likely to receive treatment for mental illness, according to the U.S. Department of Health and Human Services. Spoken word artist Bassey Ipki created the nonprofit Siwe Project to combat the stigma surrounding mental health treatment among those of African descent. Named after Siwe Monstanto, a 15-year-old young woman who ended her life in 2011, the Siwe Project held its first annual "No Shame Day" on Monday. But what is No Shame Day?

The purpose of the hashtag and the day is to encourage people of African descent around the world to share stories about mental health issues without shame, and to seek help if they need it. Ipki, who has been diagnosed with Bipolar II Disorder, has made a point of discussing her experiences publicly, and she hopes others will do the same on No Shame Day. The project's website explains:

We are asking people to publicly share their mental health journeys or speak as allies for loved ones in their lives. Individuals are encouraged to participate by telling their personal stories via social media outlets (Twitter, Instagram, YouTube, Facebook, etc.) as well as live panel and open mic events in select cities.

Though stigma is a problem for people with mental illness across all demographics, it's important to note that No Shame Day is specifically meant to highlight the obstacles to treatment faced by people of African descent. It falls just one week after the killing of two more American black men by police, amid increased discussion of the systemic violence the African American community faces. Some psychologists call the impact of such perpetual violence "collective trauma." Other factors disproportionately affecting African Americans which could increase the prevalence of mental health issues include generational poverty, high incarceration rates, and discrimination in education and healthcare.

This combines with high levels of apprehensiveness around seeking treatment within the community. In the U.S., research has suggested that African Americans are less likely to receive mental health treatment than whites. For example, a 2009 study 2011 National Healthcare Disparities Report found that, among adults who had experienced a major depressive episode in the year prior, 53 percent of African Americans had received treatment, compared with 69 percent of whites. A 2008 study featured in the 2010 National Healthcare Disparities Report found that whites were almost twice as likely to receive some form of mental health treatment, including counseling, within the previous year. According to the Office of Minority Health, African Americans are 20 percent more likely to experience serious psychological distress.

The hashtag is being used on Twitter not only to share stories, but information and resources as well. The Siwe Project tweeted throughout the day with helpful resources for people looking for treatment. Tweeters shared tips about things that help them cope, links to articles, and advice for finding treatment. #NoShameDay is about fighting stigma with support and solidarity, and addressing mental health needs proactively, with a focus on the particular struggles and stigmas faced by those of African descent. Follow the Siwe Project on various social media platforms for regular updates, and show your support by speaking out about your own experiences, or by acting as an ally for those who are struggling.