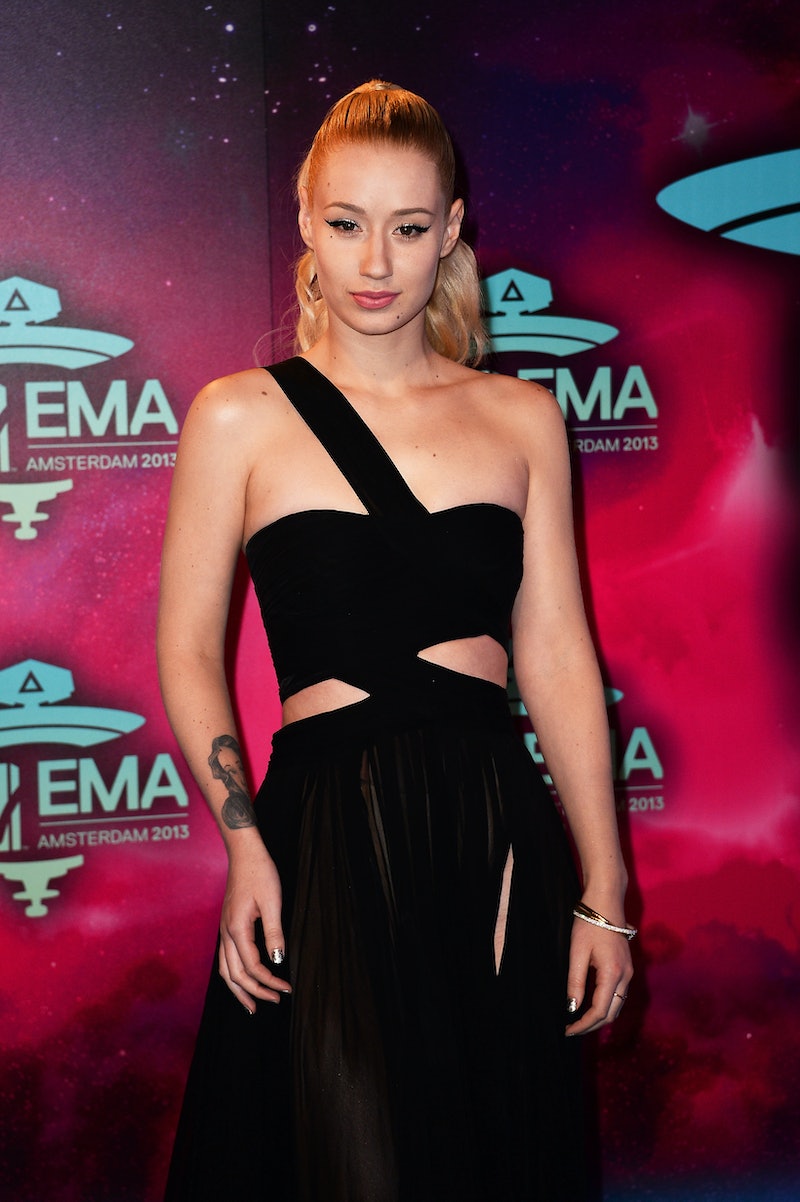 Iggy Azalea should get the award for Best Music Video To Convince People To Listen To Your Music. Also, there should be an award for that. It will only be given out when necessary, not annually, and if I had to guess, Iggy would hold the reign for a good ten years. Iggy Azalea released the video for "Fancy" on Tuesday and the whole thing is a recreation of Clueless. It's not just inspired by the movie, many of the shots are exactly the same. I had never heard Iggy's music before, but if anything can get me paying attention, it's a Clueless-themed video. I'm 100 percent sure I'm not the only one who feels this way.

The video shows all memorable moments from Clueless — the debate class, P.E. with all the black and white coordinating outfits, Dionne driving on the hallway, the Valley party. And these aren't crappy recreations. The scenes look like they're shot at the exact locations and the styling is spot on. In a behind the scenes video of the shoot, "Fancy's" executive producer, Luti, says that they were able to film at the same school from the movie and actually shut down the highway for the convertible scene. Additionally, extras in the behind the scenes footage sad that they heard about the casting call via Iggy's Instagram account. I am so jealous! I mean, me? In Clueless? Dream come true!

"Fancy" would actually be perfect for listening to while driving around in a convertible. It features an addictive hook from Charli XCX who you may know from her featured part on Icona Pop's "I Love It," a song which she wrote. "Fancy" has a very simple beat (it's also a very familiar beat, not exactly innovative) that works well with Iggy and Charli's voices, the latter of which sounds quite a bit like Gwen Stefani. It's what I like to call a two drink song — even if you think you don't like it now, after two drinks you'll be dancing along.

The real standout here is obviously the Clueless video because it will undoubtedly work wonders at getting people to listen in the first place. The catchy song is just a nice surprise from a video I would've watched on mute otherwise.

More like this
This James Bond Event At Abbey Road Studios Was A 007 Fan's Dream
By Samantha Rollins
The 'Love, Lizzo' Harry Styles Scene Is Just 1 Moment That Made Fans Feel Seen
By Brad Witter
Blake Lively's Reaction To Ryan Reynolds' Dance Video Was Pure Thirst
By Stephanie Topacio Long
The Britney Spears Disney Princess Musical Is Finally Opening On Broadway
By Jake Viswanath
Get Even More From Bustle — Sign Up For The Newsletter