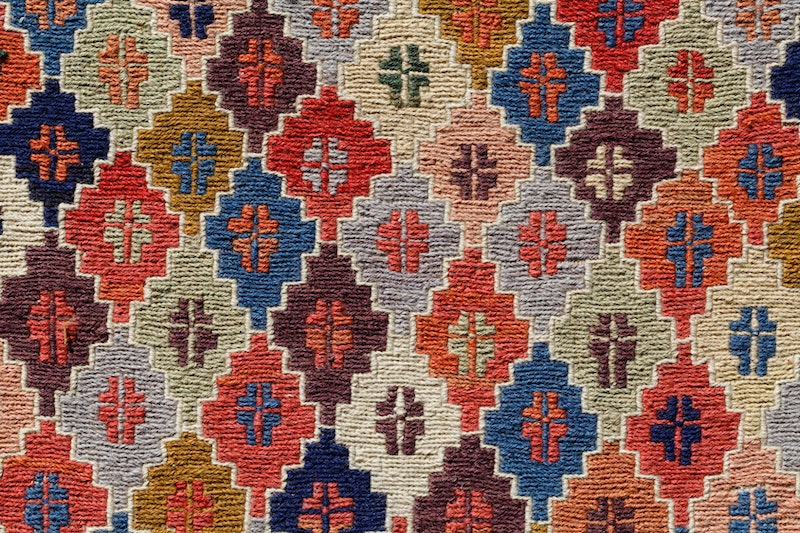 Hi, all. It's Monday, it's hot, the world is ripping itself apart at the seams, and hey, here's a mind-numbingly difficult optical illusion of a phone on a rug. That's it. Just a phone on a rug, and your goal is to find it. "Maddy," you say, "That's not, um, an optical illusion. That's just looking with your eyes at a phone on the ground." Oh, you fools. You will regret saying that so soon.

Or maybe you'll see the phone right away and I'll really regret fronting like this. Eh, honestly, I'll take my chances. It's pretty hard.

After Jeya May Cruz, a Philippines-based Facebook user, posted this photo on July 2 with the caption, "Let's play a game. Look for the cell phone," (ugh, come on, Jeya, why are you doing this to me?!), the image went viral. Really viral. It's been shared by over 17,000 humans and has garnered more than 130,000 likes. Jeya's response? "Thank you everyone, I can’t believe this would become viral. I'm sorry if it made your eyes hurt and head ache ... "

So. Optical illusion fans. Are you ready? I don't think you are, but let's do this thing:

HA! Told you it was hard. According to a survey that the Telegraph posted to go along with this ridiculous optical illusion, in a poll of over 61,000 readers, 48 percent straight up couldn't find it. Like, at all. Do you guys need a little hint? There's no shame if you do; after all, about half of us are likely to miss it No? Yes? OK. Here we go.

Look just above the right table leg, on the blue-ish/brown-ish border. Do you see that little rectangle with the classic iPhone camera hole? Well, the good news is that if you can't, you're not the only one. Take pleasure in that, at least.

In some ways, this phone-on-a-rug thing is kind of like that brick wall illusion that similarly broke the internet's collective brain back in May. As Bustle's Megan Grant put it, "Our brain makes assumptions and judgments about objects largely based on the things surrounding it," which might explain why we perceive things as we do. The way our brains process what our eyes are seeing can vary a lot depending on the details, and when the perspective is altered in some very specific ways, it's only then that we can spot the item hiding right out in plain sight. With the brick wall, it was a cigar that looked like the mortar between the bricks; here, it's a phone in a case that's similar enough to the carpet's pattern that it just sort of vanishes if you look at it in the right way.

Both the history and the science of optical illusions are super fascinating, by the way, so if you want to see more, check out this awesome project by the BBC. Just, you know, be warned — you might end up walking out of it all seeing colorful dots where there aren't any and swearing that Marilyn Monroe is totally Albert Einstein in disguise. Just saying.