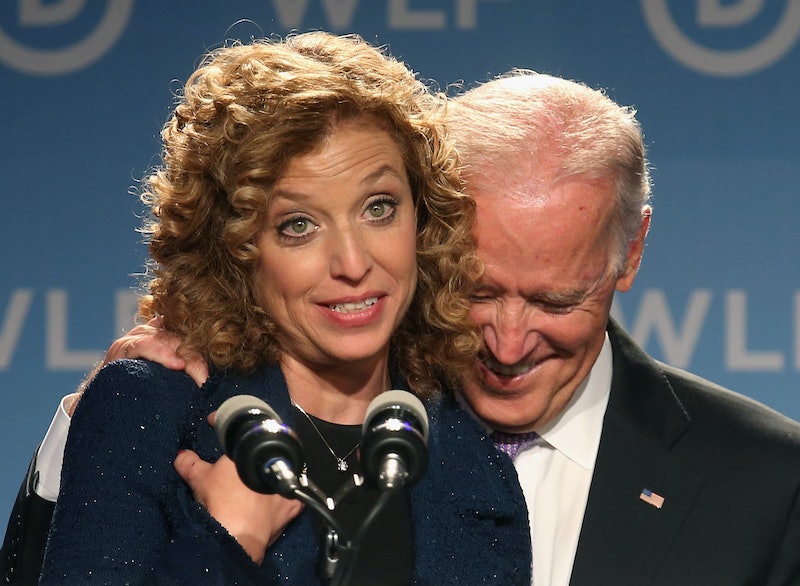 After a long and heated primary season, we're fast approaching the Democratic National Convention, where Hillary Clinton's nomination will likely be made official as delegates cast their ballots. But a lot more will be taking place during the convention than that, making for a long week. How long is the DNC?

The convention will last four days, taking place between July 25 and July 28. It will be held at the Wells Fargo Center in Philadelphia, Pennsylvania. The nomination of the presidential candidate is only one part of the convention, and not a particularly exciting one this year, as in previous years, since Clinton secured enough pledged delegates throughout the primary season to secure the nomination. But some other, more interesting things will be taking place during the four-day stretch.

The 2016 Democratic Convention will retain the more showy aspects of typical conventions, featuring a number of speeches from both high-profile and up-and-coming politicians on the left (though a list has not been released yet). We can expect four days of primetime speeches out of Philadelphia, including from Clinton and her yet-to-be-named vice presidential pick, who will be officially approved at the convention.

Only convention delegates and credentialed members of the press will be allowed into the Wells Fargo Center. But they aren't the only ones who will be getting in on the political fanfare of the week; Mic reported that other groups, such as state delegations and labor-related caucuses, will hold parties and other events around the city. Billboard reported that Snoop Dogg will be holding a party for donors in Philly on July 28.

Aside from speeches and the formality vote, a lot of attention in 2016 will be focused on the adoption of the Democratic Party platform, which delegates will vote on at the convention. The process has been more of a substantial issue in the current election year due to Bernie Sanders' push to make the platform reflect several of his progressive positions, something he began focusing on as his impending loss became clearer.

The platform drafting committee, comprised of delegates from Sanders and Clinton, as well as members picked by Democratic National Committee Chair Debbie Wasserman Shultz, met several times prior to the convention to work on a document to present to delegates, over half of whom are needed to approve it. NBC News reported that Sanders' delegates were able to push through key positions, including support of a $15 minimum wage, opposition to the death penalty, and support of breaking up big banks. However, the committee resisted efforts to outright oppose fracking or the Trans-Pacific Partnership. Whether the delegates adopt the platform easily or there's a fight on the convention floor remains to be seen.

The DNC will be four days of official announcements, speeches, voting, and platform decisions — a mixture of typical fanfare and unusual substance thanks to this most unconventional of presidential primaries.