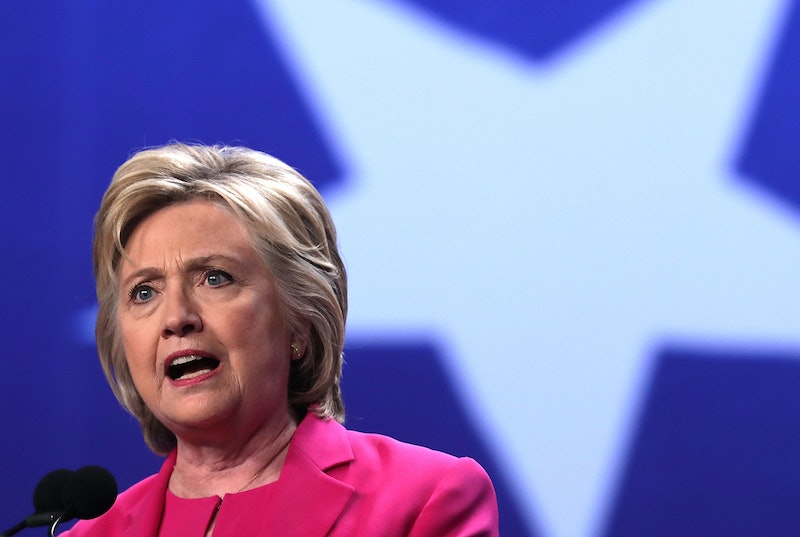 Another day, another dollar, another group of Republicans demanding that Hillary Clinton be investigated for something or another. Days after the FBI concluded its probe into Clinton's handling of classified information as Secretary of State, congressional Republicans are calling for the Justice Department to investigation whether she committed perjury during a testimony to lawmakers. So, could Clinton be convicted of perjury regarding her emails?

Sure, she could. But she probably won't, and for a couple of reasons.

First of all, it's not a given that the GOP's demand for another investigation will be met. The Republican lawmakers in question — Utah Rep. Jason Chaffetz, chairman of the Oversight Committee, and Virginia Rep. Bob Goodlatte, chairman of the Judiciary Committee — sent the letter requesting an investigation to the U.S. Attorney for Washington, D.C., but that doesn't mean the Department of Justice will honor the request. The department could also decide to investigate her but ultimately opt not to bring any charges. This outcome, too, would preclude a perjury conviction.

But moreover, the legal standard for proving that someone committed perjury is very high, and it's not clear that Clinton would clear that standard in this case.

Chaffetz and Goodlatte's letter to the U.S. Attorney was quite vague. It says that "the evidence collected by the FBI during its investigation of Secretary Clinton's use of a personal email system appears to directly contradict several aspects of her sworn testimony [to Congress]." This is presumably a reference the testimony Clinton gave under oath in 2015, when Congress was holding hearings on the 2012 terrorist attacks in Benghazi.

But maybe it isn't in reference to this — Clinton has testified in front of Congress on other occasions, too, and the letter doesn't specify the testimony to which it's referring. Furthermore, the letter offered no specifics as to how Clinton may have perjured herself in front of whichever sworn testimony is being referenced. In essence, Chaffetz and Goodlatte were content to merely bring up the possibility of perjury and ask the Justice Department to do the legwork.

On the same day, the two lawmakers also sent a letter to FBI Director James Comey asking for the bureau's investigative file on Clinton, including "all witness interview transcripts, notes, 302 reports, documents collected, and memoranda or analysis created during the course of the investigation" into her email use.

Clinton has been subject to quite a few investigations: many of them have regarded the Benghazi attack, but none of them have produced a smoking gun. Maybe one of these two letters will finally do the trick, but if history is any guide, Republicans shouldn't get their hopes up.