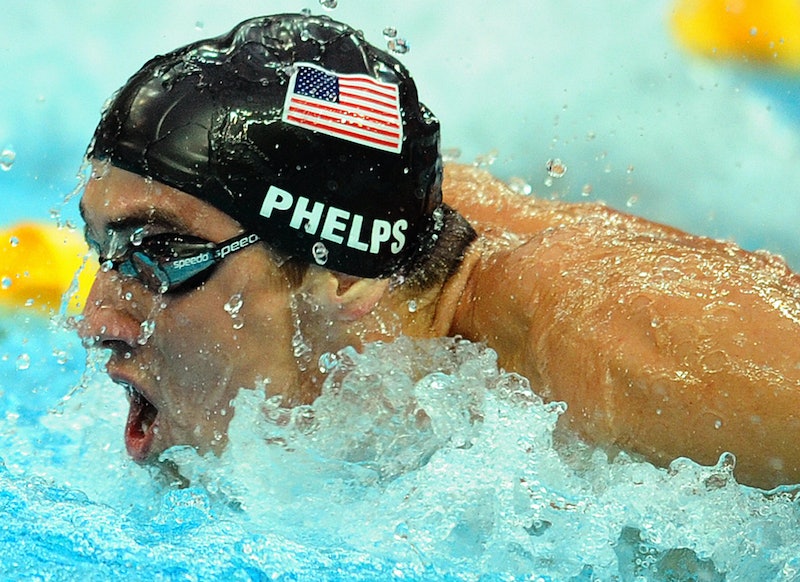 Marijuana use has been a dicey subject for Olympic athletes in the past. Back in 2009, Michael Phelps acknowledged a photo of him using a bong was real, and he was suspended from competition for three months. On top of that, he lost a lucrative sponsorship from Kellogg's. Now, eight years after Phelps won big with eight gold medals in Beijing, he, along thousands more athletes, will head to Rio de Janeiro, Brazil, for the Summer Olympics. Over the intervening years, marijuana has been decriminalized in jurisdictions around the world. But what about for Olympians? Are Olympic athletes allowed to smoke weed?

Since the 2014 Winter Olympics, athletes have not needed to worry about testing unless they are extreme users. Technically cannabis is included on the list of banned substances in competition, so, no, athletes cannot use it during the games. But before or after is just fine. In May 2013 the World Anti-Doping Agency raised the level of allowed marijuana in an athlete's system 10 times the prior amount to 150 nanograms per milliliter. That makes it harder for someone who uses it outside of competitions like the Olympics to test positive.

Before the rule change, there was always the possibility that an athlete would test positive for the drug, even when they had only been using it recreationally before the competitive event. Four athletes tested positive for THC in 2012 when the U.S. Anti-Doping Agency conducted tests before the London games. That was a very small percentage of athletes, but it led to one American wrestler being kept from the team, and another American judoka being sent home.

Ben Nichols, a spokesperson for the World Anti-Doping Agency, told USA Today the thought behind the changes:

Our information suggests that many cases do not involve game or event-day consumption. The new threshold level is an attempt to ensure that in-competition use is detected and not use during the days and weeks before competition.

The changes should prevent that from happening unless they're actively using it during the competition.

Marijuana first became an issue at Olympic events in 1998. Canadian snowboarder Ross Rebagliati tested positive for the drug after winning the gold medal, which was temporarily suspended. But then officials realized it wasn't on the banned substances list. The following year, the World Anti-Doping Agency was formed and marijuana was officially banned during competition.

The exact reason for the ban is debatable. Some experts have pointed out that certain sports, like bobsledding, would be dangerous under the influence of pot. Others said the drug was originally banned because it violated the "spirit of sport." USA Today reported that there are three reasons drugs are banned by the agency: "Performance enhancement, danger to an athlete's health, and violation of the spirit of sport."

Phelps is probably not using marijuana in the run-up to the games — he's the first American male swimmer to qualify for the Olympics five times. Other athletes, though, might be happy about the change. Some argue it helps them train or serves as a healthier pain killer than prescription drugs. They'll want to be careful in Rio, though, because marijuana is still illegal in Brazil — even though the Supreme Court considered broad decriminalization last year.

More like this
6 Organizations Fighting Police Brutality That You Can Support Right Now
By Syeda Khaula Saad and JR Thorpe
This Is When Netflix Is Going To Start Charging You For Sharing Passwords
By Darshita Goyal
Watch Jacinda Arden’s Devastatingly Honest Resignation Speech
By Sam Ramsden
The 2023 Super Bowl Commercials Feature A 'Breaking Bad' Reunion & Missy Elliott
By Alyssa Lapid
Get Even More From Bustle — Sign Up For The Newsletter
From hair trends to relationship advice, our daily newsletter has everything you need to sound like a person who’s on TikTok, even if you aren’t.