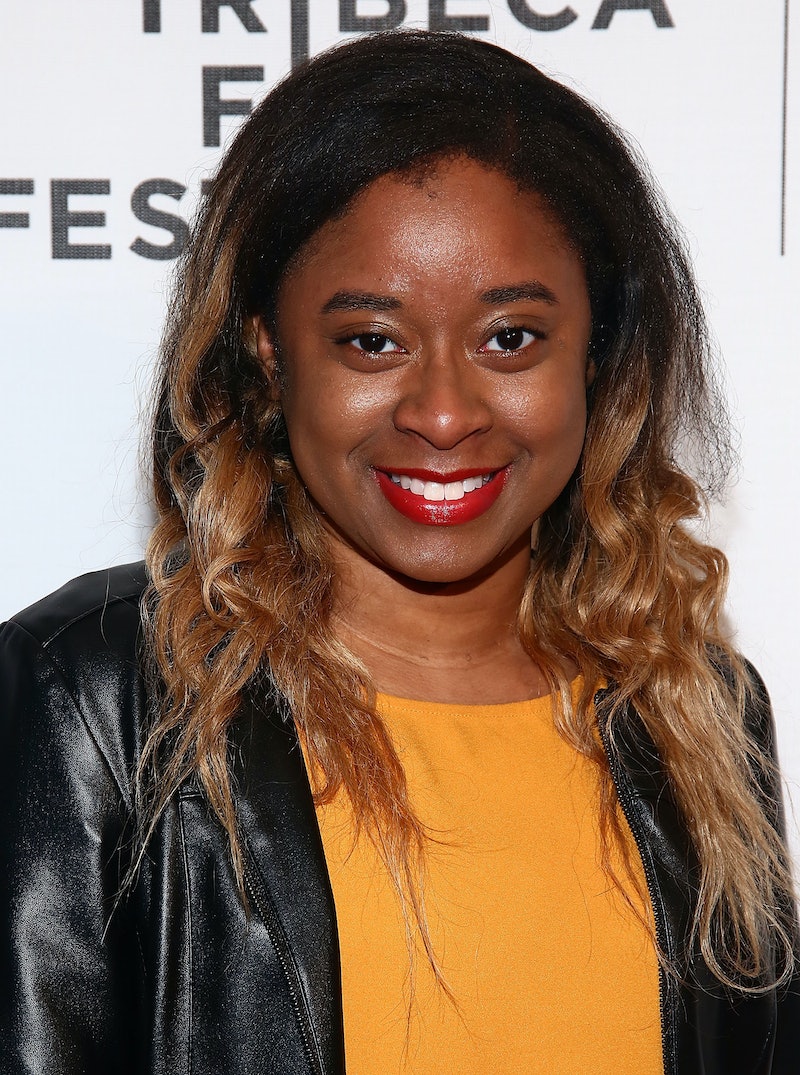 Phoebe Robinson has a knack for naming podcasts. First there was Blaria (Black Daria), which morphed into 2 Dope Queens, the show Robinson co-hosts with friend and fellow comic Jessica Williams, and now Robinson's launching a solo podcast called Sooo Many White Guys . "I know some people are not too pumped about that name. My mom was very much like, alright well, I guess it's doing what it's supposed to be doing," Robinson tells me via phone. "I just wanted to, like, call it out a little bit. And just be like, yeah, most shows purely just only have white dudes on 'em, and I just wanted to call it out and be like, we're flipping it. And people are more upset about me calling it out than about shows not including people of color, and I always find that interesting. This upsets you and the horrible ratio that podcasts have doesn't upset you at all?"

Robinson's new show, which launches July 13 (the first episode is available below), is turning the comedy podcast tables in a pretty literal way. On SMWG, the comedian will interview a wide variety of guests, but only feature one white guy guest on the season finale. "Obviously, 2 Dope Queens is a storytelling show, and I want any solo show that I do to be different from that," she says. "And I figured it might be cool to change it to a talk show and just get to talk to women, people of color, people from the LGBTQ+ community that I think are really fascinating and awesome and that just aren't highlighted as much. And then that way I could focus on them and just kind of turn the whole interview process on its head and, you know, have one token white guy — obviously, a person I still respect, but just flipping the ratio."

As for who that white guy will be, Robinson isn't giving away the secret yet. But confirmed guests include Nia Long, Lizzo, Ilana Glazer, and Janet Mock, who Robinson says was unexpectedly funny. "Not that I ever thought that she wasn't funny, but I think it was more that, you know, she's so revered and there's just like this aura about her," Robinson explains. "And then when we were sitting down and we were chatting, I felt like I was talking to one of my girlfriends. It was really cool to have her demystified a little bit for me."

The format of SMWG will be pretty straightforward with Robinson sitting down for conversations with guests one-on-one, with a short monologue at the start and occasional "calls" from a "crazy executive producing character" played by Glazer (outside of the character, the Broad City star actually is an EP for the show). "It's more about kind of letting the conversation be the leader, and it's not about trying to have a joke every 15 seconds," Robinson says. "I feel like 2 Dope Queens is really, funny first, funny little friendship between Jess and I, and everything else after that, and I feel like this is more about not focusing so much on the funny and focusing on being real and having a great interaction with someone for 20 or 25 minutes."

And Robinson has the perfect way of describing how the sides of her personality will differ between the two shows: "I'm thinking I would be more like a dope ass, like, Charlie Rose version of me. I think you'll learn more about me. I think, hopefully, you'll learn different sides of the guests that I have on."

In addition to talking about her new show, the You Can't Touch My Hair writer also shares some advice for women who are interested in getting into comedy. As she puts it, "Basically, just anyone that's not a straight white guy, you're just put in positions where you're reminded all the time that 'you're not one of us.'" So, Robinson advises that women take their careers into their own hands instead of waiting for the approval of others.

"Your power lies in your talent and if you're feeling crummy about something or you feel like you're being treated poorly or like you're not getting booked on shows 'cause you're a woman, just remember you can always work on your craft. You can always write jokes or you can start your own show," she says. "I mean, 2 Dope Queens was initially a standup show I was doing solo before I met Jess. And I didn't wait around for anyone to give me a green light; I just started writing my own shows ... Don't wait for anyone, male or female, to tell you yes, be telling yourself yes first and figure it out from there."

The first episode of Sooo Many White Guys is now available in the embed above and on WNYC for your listening pleasure. Summing up the show for any prospective listeners, Robinson says, "I think all [the guests'] voices and perspectives are so necessary and valid, and I'm really excited for you to get to know these people." She adds as a call to action: "Make all those guys out there trolling my show right now eat their words."