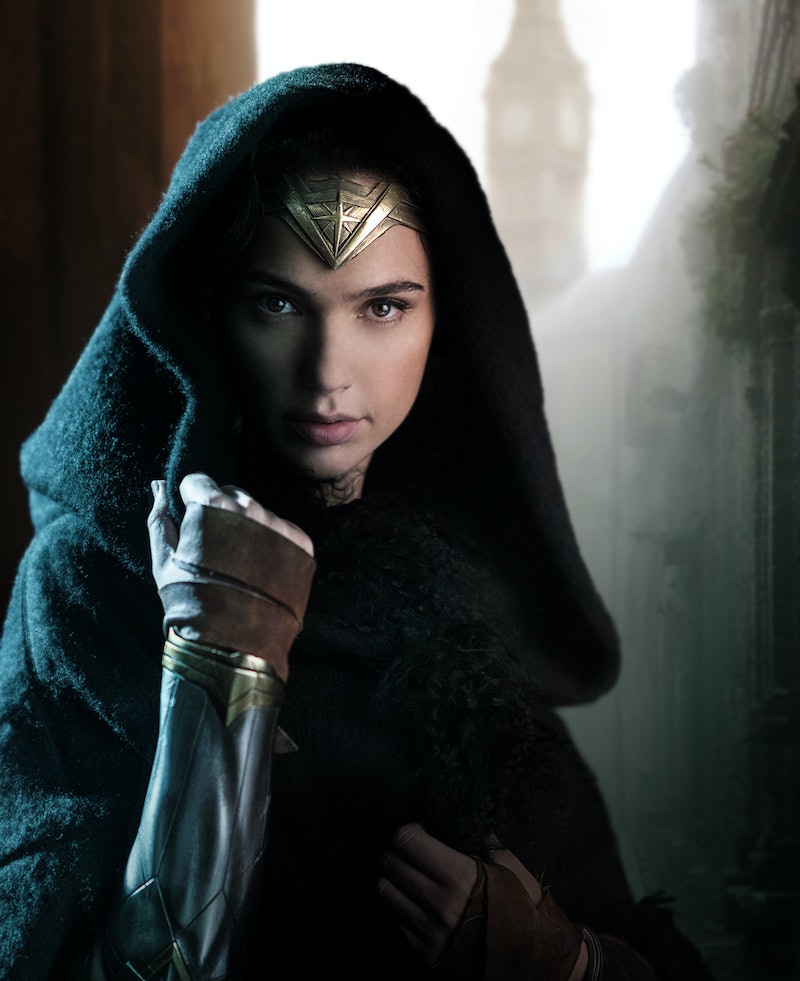 After all of the buzz that surrounded Batman V Superman: Dawn of Justice this past March, and the growing anticipation for the August release of DC Entertainment's Suicide Squad, the excitement for the Wonder Woman seems to have subsided until further notice. That is, until the release of the Wonder Woman synopsis. The press for Gal Gadot's solo film is finally starting to gain the traction that fans have been waiting for, and, from the sound of the film's summary, it's going to be just as amazing as we have all been anticipating. Brace yourselves for some serious geeking out after reading this.

"Before she was Wonder Woman, she was Diana, princess of the Amazons, trained to be an unconquerable warrior. Raised on a sheltered island paradise, when an American pilot crashes on their shores and tells of a massive conflict raging in the outside world, Diana leaves her home, convinced she can stop the threat. Fighting alongside man in a war to end all wars, Diana will discover her full powers… and her true destiny."

I'm in love. The screenplay for the film — written by screenwriter Allan Heinberg and DC Chief Creative Officer Geoff Johns — seemingly harks on the ideals of the classic superhero origin story. Despite Diana's appearance in Batman V Superman, the first official synopsis doesn't pick up where the story left off or bother to include both Bruce Wayne and Clark Kent (who are also not listed on the film's IMDB). Instead, Diana Prince will hold her own as she discovers herself, her powers, and takes on the role of a warrior both at home and alongside men at war. And, honestly, it can't get any better than that.

But it's not just the origin story angle and the lack of Justice League attachments that prove that DC Entertainment and director Patty Jenkins are confident in the film. It's Diana's independent spirit that's mentioned throughout the synopsis that gives me hope as well. Wonder Woman is not yet tied to a love interest in the summary. She's choosing to go to war all on her own, and she's become "unconquerable" at home without much help from others. Diana is thus made a straight-up equal when compared to the male superheroes we're used to.

In fact, this DC Comics hero's origin story is sounding a whole lot like Captain America's in terms of her bravery, strength, and strive to make a difference. Considering the popularity of everyone's favorite super soldier, Wonder Woman is in a sweet spot to become DC Comics' long-awaited superhero success. As a long-time female superhero fan myself, just the thought of Wonder Woman taking over the box office is so incredibly empowering a concept, and one that seems reachable if the film continues to allow her to be her own free and independent hero, as implied by the summary. So start fixing up that invisible jet, because where in for one wild ride.

More like this
At 14, Jenny Han Wrote Rom-Coms About Her Friends & Fan Mail To Leo DiCaprio
By Alyssa Lapid
Everything To Know About The Musical ‘Joker’ Sequel – & Lady Gaga’s Role
By El Hunt
The 'Spiderhead' Movie Ending Is Nothing Like The Short Story It’s Based On
By Morgan Leigh Davies
Everything You Need To Know About The 'Knives Out' Sequel
By Grace Wehniainen
Get Even More From Bustle — Sign Up For The Newsletter