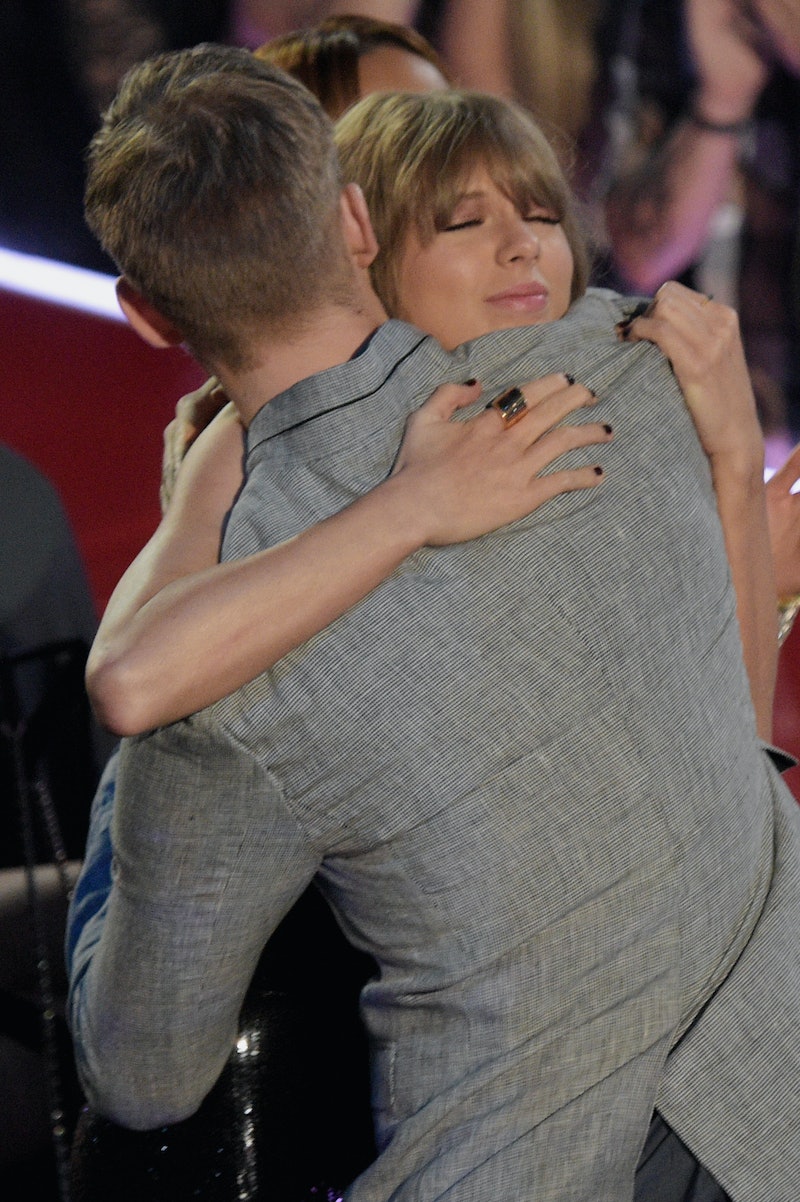 Taylor Swift is queen of the photo-burning, revenge-y, angsty breakup anthem, but her ex, Calvin Harris, is coming for her throne. His new reggae track with John Newman called “Olé” alludes to infidelity, and it has the entire Internet in a tizzy, assuming it’s an eff-you song about Swift's sudden romance with Tom Hiddleston. It’s all happening so fast. In early June, Swift and Harris called it quits after about a year and a half because “the romance just was not there anymore for them,” according to E!. This source also claimed Harris did the breaking up. Only a few weeks later, Hiddleswift went public — but this awkward Met Gala tango between them in May was nothing but a little premonition. The lyrics to “Olé” and its release timing make this whole thing incredibly suspect. However, if I’ve learned anything from this peculiar turn of events, it’s that Harris is definitely over his ex, and he’s low-key petty as all hell.

Everyone has their theories. Us Weekly says the song was created and recorded before Hiddleswift’s inception and “has nothing to do” with Swift. It seems the same source went to E! and told the site the song is merely “an artist expression” for the British DJ. Then, Hollywood Life made the connection from the song to Harris’s way-back-when ex Rita Ora. I need a cocktail.

Many theories suggest the lyrics come from Hiddleston’s point of view, reflecting on a whirlwind affair with Swift while she was still with Harris. Elle points out that “low key” in the following verse could be reference to Hiddleston’s Thor character, Loki:

Low key, you won't tell none of your friends about me You won't tell them I occupy your dreams and your thoughts

And that the “good girl” line goes back to Swift’s lyric, “I got that good girl faith and a tight little skirt” in “Style”:

A good girl and take trips with your boyfriendBeing attentive, continue to pretend

My guess is that Harris is not only over Swift, but over every girl, ever, and this song is a collection of cattiness which attests to that. This isn’t necessarily a bad thing, and I have to admit, I’m impressed by his classy shade. And a little chilly. But regardless of how many “sources” deny this song is about any of his exes, no one can argue those sneaky references aren’t pretty specific, not to mention the timing of it all. While Swift and her new mans frolic in the summer sun, Harris has his low-key yet breezy and upbeat revenge plot song to bring him extra checks and happiness. The title, “Olé” — which is ironically used as a shout of triumph — is as sarcastic as it is cryptic as Harris reemerges, free from these women who did may have done him wrong. At least it's catchy.