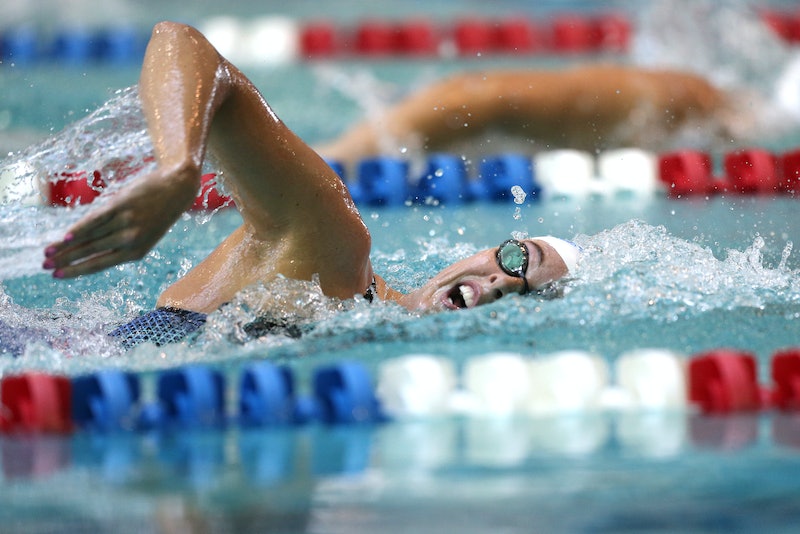 Don't look now, but the Summer Olympics in Rio de Janeiro are nearly upon us! Which means, of course, that all you swimming fans out there are in for that wonderful clash of the titans. It's so tantalizingly close that you can almost smell the sweat and chlorine already! Even so, however, you might be wondering: Who are the American Olympic swimmers for 2016? Even if you're into the competitive swimming scene, it's doubtful that you'll recognize every name on the list. Olympic rosters tend to have a lot of turnover, because the normal athletic prime for competition on that level typically doesn't last long.

In other words, it's far from the same roster that competed in London in 2012. In fact, the majority of swimmers this year are first-timers, so you'll probably want to familiarize yourself. Sure, there are some prominent names on both the men's and women's side ― folks like Missy Franklin, Ryan Lochte, Allison Schmidt, and Michael Phelps ― but there are a slew of fresh faces, too. You can never predict with 100 percent certainty who's going to be holding the gold medal when it's all said and done.

And here's the roster for the men's team.

If you're getting anxious for the events to finally roll around, you're in luck, because you won't have to wait too much longer. The Rio Olympics kick off on Aug. 5, and NBC will be airing the games.