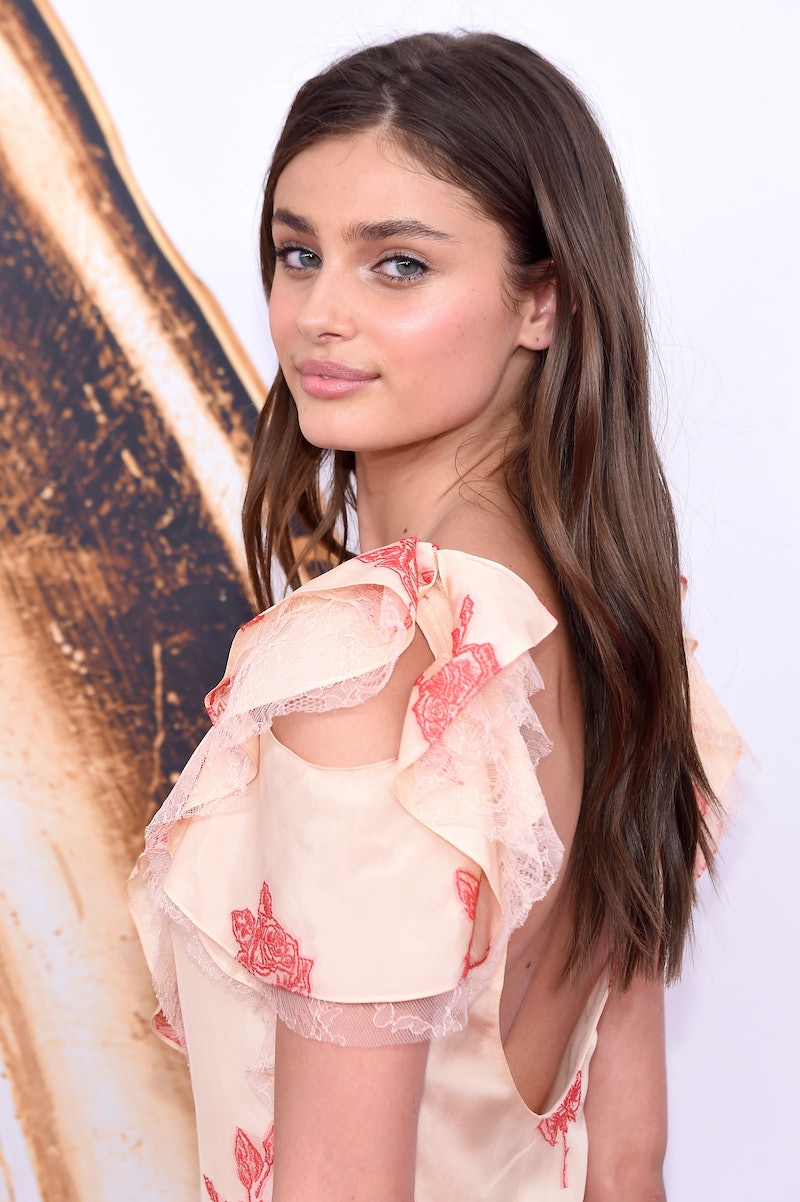 If you didn't know her name already, get ready to hear it a lot more frequently, because according to The Cut, Taylor Hill is Lancome's newest face. But who exactly is the gorgeous model? Don't worry if you don't know much about her, because we're going to get down to exactly what you need to know before her star power seriously takes off.

You may have seen Hill on the runways, or maybe heard her name associated with Victoria's Secret, but since she isn't a household name just yet, you may not know much else about her. But given that she's the new face of Lancome (and that's a pretty huge deal), I have a feeling her already impressive career is about to seriously take off. The 20-year-old has just been named the new brand ambassador for Lancome, joining stars such as Penelope Cruz, Julia Roberts, and Lupita Nyong'o. So NBD, right?

In a press release for the brand, Françoise Lehmann, Lancôme’s international general manager said of Hill, “[she] is a very inspiring young woman for her generation: she is immensely curious, open-minded and has a positive outlook on life.” So it sounds like she's a perfect fit to fill that role.

And needless to say, she's gorgeous. But what else do you need to know about her? Here are a few quick facts.

1. She's One Of The Youngest VS Angels

At just 20-years-old, Hill is one the youngest Victoria's Secret angels, a role she's held since 2015.

2. She's No Stranger To The Runway

In addition to VS, Hill has walked for Chanel, Dolce & Gabana, Balmain, and more.

3. She's Close With Her Brother

And he's also a model, signed with IMG.

4. Hill Has Starred In Other Campaigns

She's fronted campaigns for Juicy Couture, Miu Miu, and Fendi in the past.

And went to her infamous birthday party in NYC.

6. She Has An Adorbs Dog

His name is Tate and he's totally the star of her Instagram.

And posts videos of her insane routine on social media.

Now you know a little more about Taylor Hill, but this is just the beginning — I have a feeling she'll be a household name in the very near future.

More like this
Everything To Know About Taylor Swift’s 10th Studio Album, 'Midnights'
By Grace Wehniainen and Jake Viswanath
Billie Eilish Teased The Debut Of Her New Fragrance
By Audrey Noble
The Chicest ’90s Updo Hairstyles To Try
By Paris Giles
Lily Collins Got Shaggy Curtain Bangs For Emily In Paris Season 3
By Audrey Noble
Get Even More From Bustle — Sign Up For The Newsletter