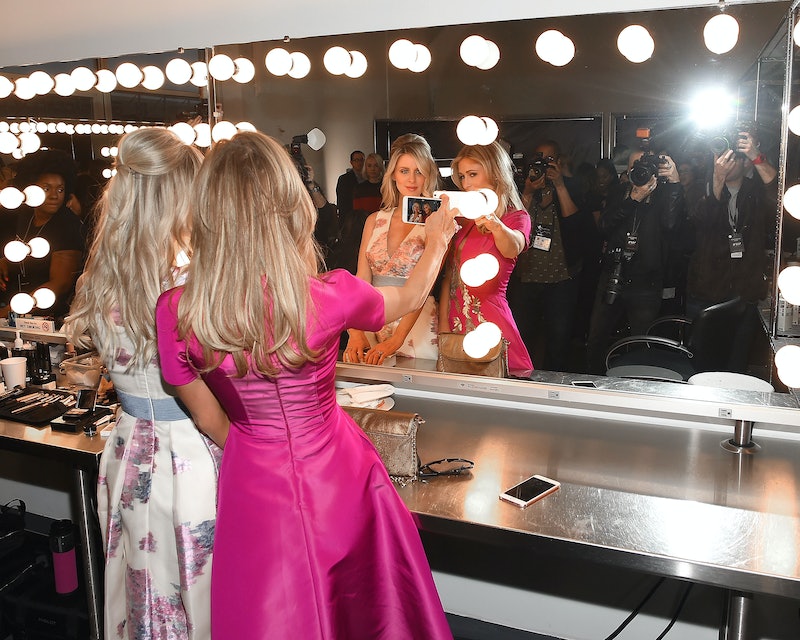 There's no denying that social media has created a culture of over-sharing — and interestingly, this culture of over-sharing has just revealed a new branch of Narcissistic Personality Disorder: vulnerable narcissism. Recent research provides insight into the signs that you may be a vulnerable narcissist, and honestly, I think it's worth reading. I do think the rise of social media has had some significant benefits; it provides users with a platform to self-represent and self-define, and that freedom, particularly for groups who are underrepresented or mistreated by the media, can make an enormous difference in a person's life. And this isn't to say that being a narcissist is necessarily a bad thing, either — we do know there are some benefits to narcissism. But what I'm saying is the age-old words of wisdom: Know thyself. Because knowing yourself is useful, particularly if you have narcissistic tendencies.

Here's the deal: Suspicious that increased social media use and narcissistic tendencies were linked, scientists from the University of Florence tested 535 students on several scales, including the 16-item Narcissistic Personality Inventory, the Hypersensitive Narcissism Scale, and the Generalized Problematic Internet Use Scale-2. Vulnerable narcissists (as opposed to their peers, grandiose narcissists) scored the highest on all three scales.

But, honestly, though, don't freak out. While the number of diagnosed narcissists in the United States has risen significantly since the 1970s, that number still only hovers around six percent of the population. Not every Millennial is a narcissist, despite the flood of think pieces from older generations claiming otherwise.

Rather, social media is a tool that happens to have hit a sweet spot for vulnerable narcissists. Still anxious about it? Read on, sweet babes, and remember that displaying certain personality traits or having certain conditions do not make you a "bad" person. For real.

Under the umbrella of Narcissistic Personality Disorder, there tends to be two accepted "branches": Grandiose and vulnerable. Both branches experience an inflated sense of self, a lack of empathy for others, and general self-absorption. But while grandiose narcissists will do big, showy demonstrations of dominance, vulnerable narcissists will instead turn to platforms like Instagram to low-key dominate by presenting a perfect online persona.

Sound familiar? Here are a few other signs of vulnerable narcissism, according to science:

1. You Oscillate Between Feeling Superior And Inferior With Your Peers

How you feel depends on external circumstances, and there doesn't seem to be a real middle ground. Professional setbacks — layoffs, getting fired, a poor performance review — can completely rock your sense of self. Praise can send you flying, far above your friends and family. Similarly, a lack of praise and direct criticism feel like pretty much the same thing.

2. Curating A Perfect Image Of Yourself Online Is Incredibly Important To You

And you're willing to spend hours and hours on that project because, yeah, it's tied directly to your self-esteem. Scrolling through your blemish-free IG feed is an amazing feeling. You look great, your life looks great, and every body else thinks the exact same thing. You probably know exactly how many followers you have on every social media platform. Losing one feels like a personal affront.

3. You Often Feel That People Are Overlooking Your Skills, Intelligence, Or Special Qualities

You feel helpless and anxious when your abilities aren't singled out and applauded. No applause? You are literally the worst. Standing ovation? You're smarter than every body else in the office.

In part because keeping friends can be difficult for you. When pals cancel plans, for example, it feels like an insult, no matter what the circumstances actually were. You need the people in your life to demonstrate a serious commitment to your relationship. Romantic relationships can be tough to maintain as well, because receiving support from your partner is incredibly important. Define support? Never criticizing and shouldering the majority of emotional labor.

More like this
6 Abortion Advocates To Follow On TikTok
By Sara Youngblood Gregory
The UK Abortion Laws In 2022, Explained
By Sophie McEvoy
How To Protect Your Digital Privacy If You Need An Abortion Post-Roe
By Kaitlyn Wylde
American Girl Doll Memes Are Going Viral On Instagram & Tiktok
By Emma Carey
Get Even More From Bustle — Sign Up For The Newsletter