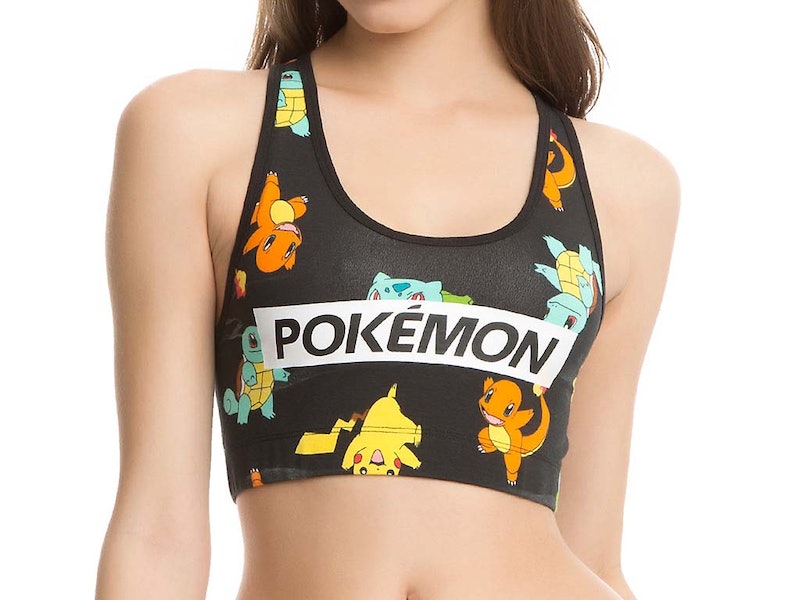 It's official: Pokemon Go has taken over not just the Internet, but the world. People are using the game not only to #catchemall, but also to get dates, help solve crimes, and as an excuse for exercise. The entire universe seems to be completely obsessed with the game, which kinddddd of makes it feel like we've all time-warped back into 1999 — only this time, with better technology. The game's augmented reality makes it feel like we're living in a world populated with adorable Pokemon, and us millennials seriously can't get enough. So, if you're wondering where to buy Pokemon Go merch to match your inner obsession, look no further.

If the game has taken over your life (and let's be honest: Unless you live under a rock it probably has) you're in luck: there are now many, many ways to show off your Poke-passion with clothing and accessories. Between phone cases, t-shirts and even underwear, there is endless merchandise you can use to #humblebrag about catching Mewtwo or turning your Charmander into a Charizard.

Since you've inevitably stopped eating, drinking and going out due to your dedication to the game, and since you can cancel your gym membership because you're getting so much exercise chasing Squirtle around your local park, you can definitely justify spending your money on some of this awesome Pokemon Go merchandise.

Apparently Pokemon GO is getting people dates, so these actually might come in handy.

At this point, your phone is basically just a Pokeball that receives text messages anyway.

Chasing Pokemon is officially an intense form of exercise, so you'll need something to hold the girls in place.

This will help keep you warm when you are hunting for Charizard on the beach at night.

You can put in a new pair with every new Pokemon you capture!

This way, you can show off how much you love Pokemon Go All. Day. Long. (As if people couldn't tell by the way you were chasing invisible creatures with your iPhone)

Careful: In this adorable hat, people may mistake you for an actual Pokemon GO character.

This weeks newest fashion icons? Pokemon Go Trainers. This tank top looks prettttty identical to the one in the game.

Now go on and go hunt Pokemon in style.