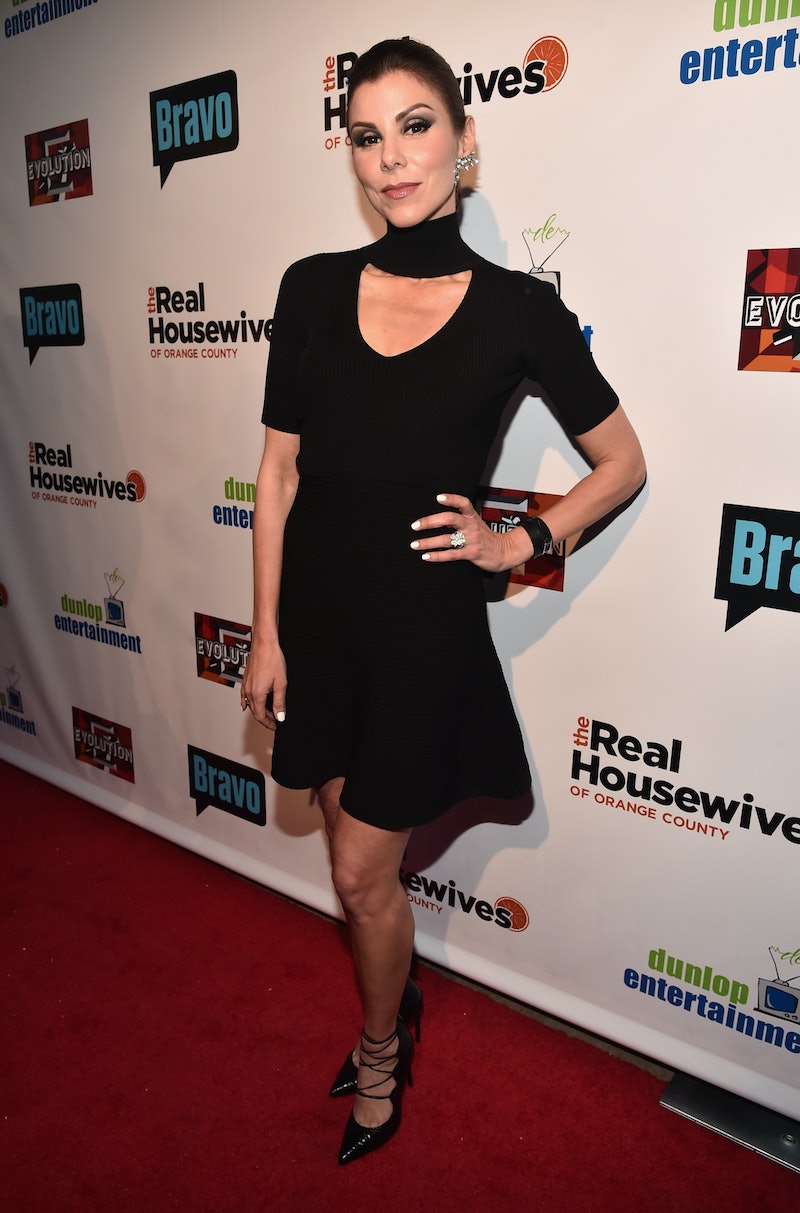 Let the Real Housewives wars begin. Heather Dubrow spoke about Teresa Giudice's return from federal prison, and let’s just say it wasn’t the nicest thing that has ever been said about the Real Housewife of New Jersey. Speaking to Andy Cohen during Monday’s Watch What Happens Live, Dubrow called out her fellow housewife for her lack of remorse upon returning from prison, and, as uncomfortable as her comment was, she kind of had a point. Listen, as happy as I am as a fan of all things Real Housewives to have Giudice back in New Jersey and back in the reality television world, there are definitely a few things that the reality star hasn’t commented on since she’s been back to her regular life.

As stinging as Dubrow’s comment may have come off as, it wasn’t entirely without merit. She spoke up as she always does, with absolute honesty, saying the things that many people think but never have the courage to actually say. In her late night interview with Andy Cohen, Dubrow admitted that she didn’t know Giudice personally, but that she thought her comments since returning from prison were lacking in accountability: "She came back from prison talking a lot about yoga and her diet, and I think a lot of people would like to hear about accountability and remorse." The comment was a blunt one, but one that definitely has some truth to it.

As someone who watches the show and has read Giudice’s book about her time in prison, Turning the Tables, I can definitely see where Dubrow is coming from. Her book focuses a good deal on her time as a Real Housewife and her time in prison, but, when the reality star talks about her time in federal prison, she talks about the friends she made there, the visits she had from her family, and the challenges of living an incarcerated life. There really is no talk about the crimes that she was found guilty of or the role she played in those charges.

On the other hand, it does make sense that Giudice has remained mum on the legal matters she faced over the last few years. It could very well be that her lawyer has recommended that she not comment on her legal troubles, and it's generally a smart move in general not to feed negative press about yourself when you're a star like Giudice. With her husband currently serving a 41-month prison sentence for his part in the fraud case brought against the New Jersey couple, it might make a lot of sense for the Real Housewife to not make any incriminating comments that could get her or her husband into even more trouble.

Let’s all wait and see what kind of drama ensues in response to Dubrow. It's not like the Real Housewives franchise is ever lacking in drama.