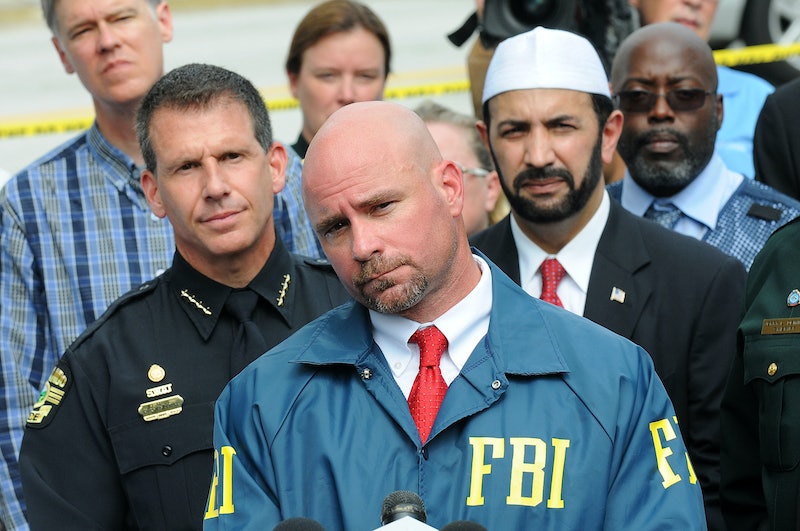 Sometimes, real life is more exciting than any action film. So goes the story of D.B. Cooper, the name given to an unidentified "skyjacker." On Tuesday, the FBI decided to close the cold case after 45 years and numerous dead leads, but to younger generations who didn't grow up with this stranger-than-fiction mystery, some might be wondering: Who was D.B. Cooper?

In 1971, Cooper allegedly demanded $200,000 in ransom money in exchange for not detonating a bomb and allowing most passengers (and some flight staff) to leave a Seattle-bound Boeing 727 from Portland, Oregon. But later, after these negotiations, Cooper jumped out of the plane with a parachute before reaching his requested destination of Mexico City, never to be seen again.

In truth, nobody knows who D.B. Cooper was. His perplexing lack of identity is one of the most compelling factors in this nearly half-a-century-old case. Of all the fingerprints found on items Cooper touched, none recovered any matches. Even the name ascribed to him, D.B. Cooper, was incorrect: The alias the hijacker had given when he purchased his ticket was Dan Cooper, but a United Press International wire operator heard the name D.B. Cooper after a suspect with the same name was taken into (and eventually released from) custody. Clearly, the name stuck.

It seems that now, with the FBI's "formal surrender," we may never know who Cooper was (or is), but his story is nonetheless lodged in popular history as one of the most fascinating unsolved mysteries to ever unfold.

The details of this compelling case of "skyjacking" truly read like a crime novel. Not only did Cooper reportedly maintain his composure throughout the high-stress encounter, he also appeared to have knowledge that only someone familiar with aviation could have. His whereabouts after he parachuted out of the plane remain unknown. Over the years, clues have emerged, like in 1980, when an 8-year-old boy found three heavily-disintegrated wads of cash on the banks of the Columbia River that matched the serial numbers of Cooper's ransom money. But for all the promising leads investigated over the years, the FBI decided to close the case, and have "redirected resources allocated to the D.B. Cooper case in order to focus on other investigative priorities."

Nearly as interesting as the case itself are the cultural references it inspired. Perhaps the most intriguing (or insane, depending on your viewpoint) theory is that Don Draper, played with amazing flair by Jon Hamm on Mad Men, became Dan Cooper after the show's finale.

Cooper expert and Skyjack author Geoffrey Gray told Slate in 2014 that Cooper has become a "counter-culture hero, a bad guy who even the good guys wanted to get away."

While the search for Cooper may have formally ended, news of the case-closing will undoubtedly inspire more theories and interest in a new generation of mystery enthusiasts. As Molly Fitzpatrick at Fusion said of D.B. Cooper:

While we may never know Cooper's identity, the intense speculation shrouded in a nearly 50-year mystery makes him one of the most fascinating people in American history.