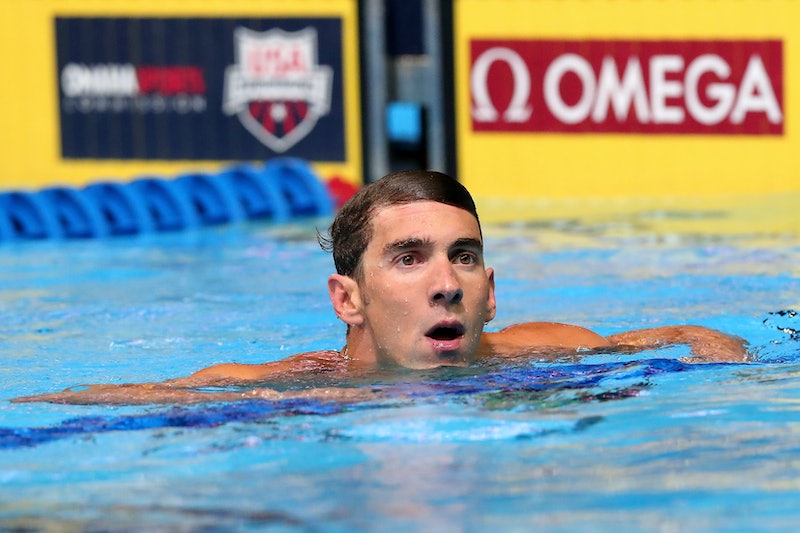 The Rio Olympics are coming up, and everyone is getting ready for the globally-anticipated event. Athletes are putting in their last training sessions, organizers are making last-minute arrangements, and the internet is plotting its next memes about this year's star competitors. A central figure in the Olympic memeage in modern times is Michael Phelps, whose legendary claim as the greatest Olympian of all time doesn’t stop him from getting the jokey treatment. These Michael Phelps memes run the gamut from insightful and hilarious to just plain silly, but they’re all really just a reminder of how talented Phelps is.

Unfortunately, it seems that this will be the last year that the world gets to see, and make fun of, Phelps as a competitor. He came out of retirement in 2014, determined to qualify for just one more Olympics, and boy did he rise to the occasion. Phelps qualified for three individual races at this year's trials in Omaha, as well as three relays, giving him the potential to increase his medal count to 28 by the end of the competition in Rio. If he makes history and breaks his own record this year, he’s sure to have even more memes about him soon. For now, these memes show just how much attention Phelps has brought to the sport of swimming and why he'll always be regarded as one of the greatest athletes of all time.

Phelps may be leaving the Olympic spotlight, but at least the world will always have the memes to remember him by.

More like this
What Is Jeanie Buss' Net Worth? The Lakers President Is Uber Rich
By Hugh McIntyre
Jake Daniels Just Became The UK’s First Active Football Player To Come Out As Gay Since 1990
By Sam Ramsden
Twitter Can’t Get Enough Of The WAGatha Christie Trial
By Nola Ojomu
Selena Gomez’s ‘SNL’ Hosting Debut Had Twitter Gushing Over ‘Barney’ & Wigs
By Stephanie Topacio Long
Get Even More From Bustle — Sign Up For The Newsletter