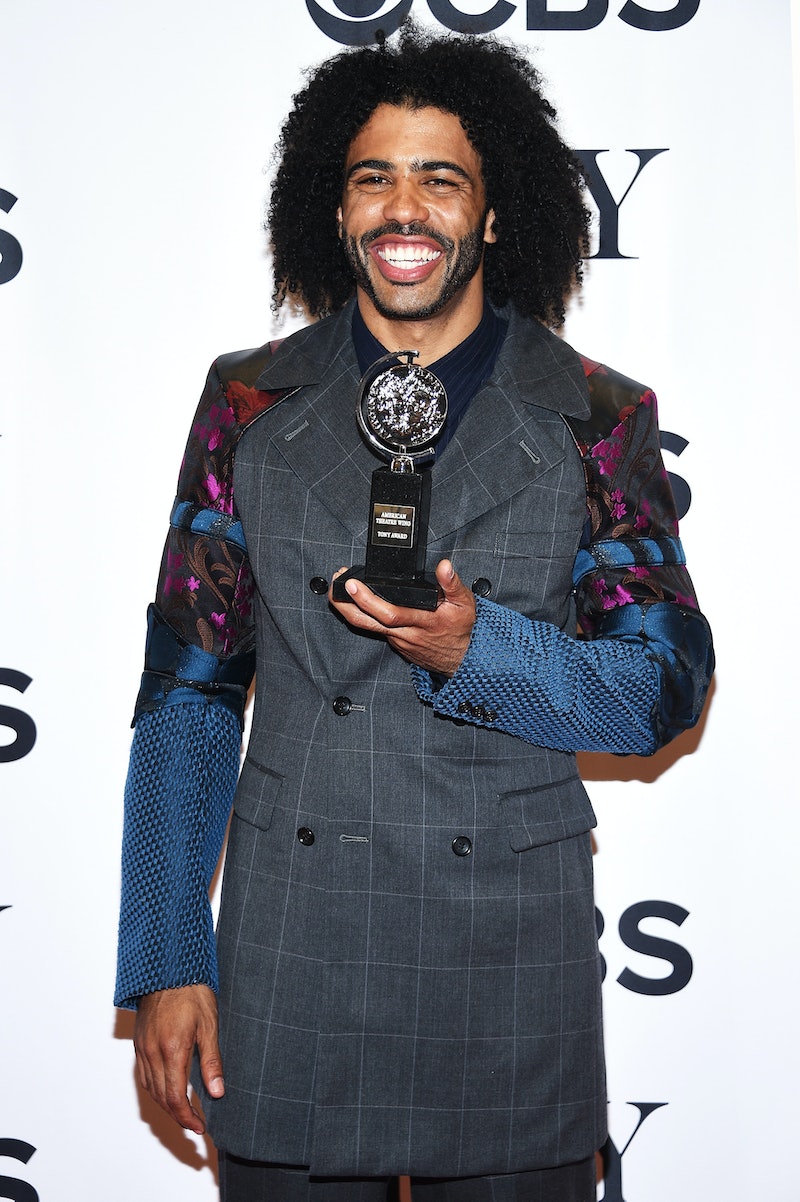 Ready yourself for a flood of tears. No, I'm serious, get that tissue box at the ready. If you're wondering when Daveed Diggs is leaving Hamilton, I have a firm date for you and it's horribly soon: July 15. Only six days after we Hamiltrash lost creator and lead actor Lin-Manuel Miranda. Better skip out on that engagement party and trade your kidney for some Hamilton tickets, ASAP, because the original cast is moving on to bigger and better things too quickly for our wallets to catch up.

In case you haven't been located on Planet Earth recently, Diggs is the winner of the 2016 Tony for Best Performance by an Actor in a Featured Role in a Musical for his performance as both Marquis de Lafayette and Thomas Jefferson, as well as a 2016 Grammy for the cast album. Sadly, there's no firm news on who will be replacing him long term, but while they're casting a new Daveed Diggs (I know, there's no such thing — but let's foster a little bit of hope) long-time understudies Andrew Chappelle, Austin Smith, and Seth Stewart will be subbing for him.

Diggs is a pretty special actor/singer. On the Hamilton track "Guns And Ships," Diggs raps 19 words in three seconds, which Jimmy Fallon noted has set a new record for the fastest rap on Broadway. Diggs remained modest: "...in the rap world, there are faster."

He's not just a thespian, he's also a full-time musician who even performed a rap number for Disney's film Zootopia, and this seems to be where Diggs is headed next. Hamilton creator Lin-Miranda Manuel, who also recently departed the show tweeted the following:

So if you're a massive fan of Diggs and didn't manage to score tickets (the vast majority of us, then), get ready to embrace this news. The actor leaving Hamilton doesn't mean less Daveed Diggs for the world, just more. I for one can't wait to see this prestigious talent hit the big screen. With his musical smarts and acting talent, he's the perfect fit for Hollywood.

More like this
Watch The Dramatic First Trailer For Netflix's Jennifer Lopez Documentary
By Alyssa Lapid
Lisa Marie Presley Reviewed Baz Luhrmann’s ‘Elvis’ Movie On Twitter
By Grace Wehniainen
'Dirty Dancing's Jennifer Grey Wants Harry Styles To Be The Sequel’s Love Interest
By Grace Wehniainen
Twitter Is Upset About The 'American Idol' Top 3 Results: "Who TF Is Voting?"
By Jake Viswanath
Get Even More From Bustle — Sign Up For The Newsletter