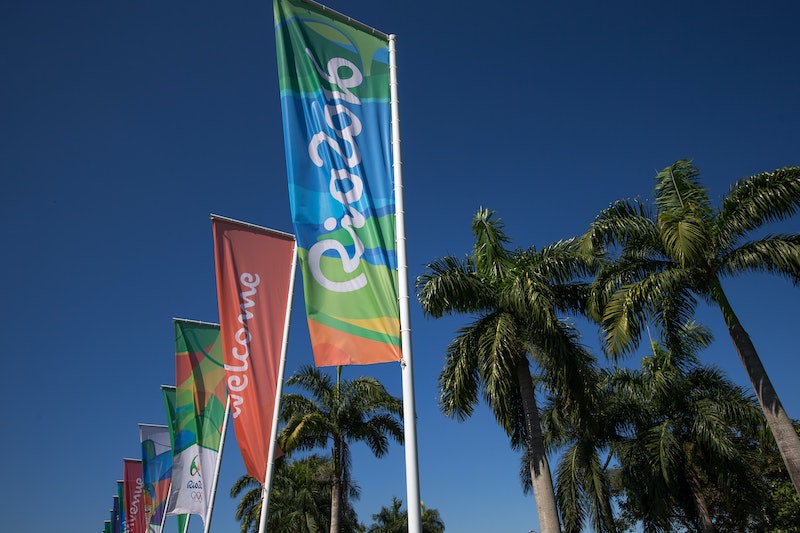 Athletes may be vying for the gold in the Rio de Janeiro Olympics next month, but that doesn't mean you have to fork over the equivalent of gold to travel to Brazil for the games. Planning a trip to Rio at this point, though definitely short-notice, is actually still feasible for those with some extra cash laying around. And while watching the games from the comfort of home is always fun, surely nothing could beat seeing the Olympics in person.

The Rio games will definitely be a competition to remember, as it will be the first time a South American country has hosted the Olympics. And after overcoming a series of setbacks in the preparation process, the International Olympic Committee has given Brazil the clear, saying it's safe to travel to the country and that it would be well worth your while.

If you're traveling from the United States, Canada, Japan, or Australia, you're in luck — Brazil is making it that much easier to get in for the Olympics. According to Great Atlantic Sports, the Brazilian government is allowing tourists from these places to enter the country for up to 90 days without a visa. That's just one less step you'd have to take in order to go the Olympics. If you don't already have a U.S. passport, you can get one expedited for $170, which should ensure that it arrives prior to your departure.

This next part, of course, is where things get more pricey. You might be handing over some silver or bronze, at least, for a plane ticket. But costs don't have to be completely outrageous. Kayak.com lists tickets ranging from roughly $1,000 to over $3,000 for a round trip, depending on your number of stops and the amount of time you spend in the country. This is traveling from New York City's JFK airport to Rio de Janeiro, but flying out of a different airport and into a neighboring city, as opposed to Rio itself, could prove to be cheaper. Hotels in the area could also run $200 to $600 a night this close to the games.

Next is the cost of going to the Olympics themselves. Tickets are surprisingly cheap. One ticket to a diving preliminary competition runs you around $80, while a gymnastics rhythm ticket is a little over $100. Though some of the most popular sports, like swimming, are already sold out.

So all in all, it'd be a vacation you'd likely have to save up for. But to witness something as historic as the Olympics, it would certainly be worth the price.

More like this
How To Fight For Reproductive Rights, Based On How Much Time You Have
By Courtney Young
The Music Industry Continues To Fail Black Women
By Precious Adesina
Sarah Everard’s Killer Wayne Couzens Is Appealing His Whole-Life Sentence
By Sophie McEvoy
The Kardashian Forerunners
By Mariah Smith
Get Even More From Bustle — Sign Up For The Newsletter