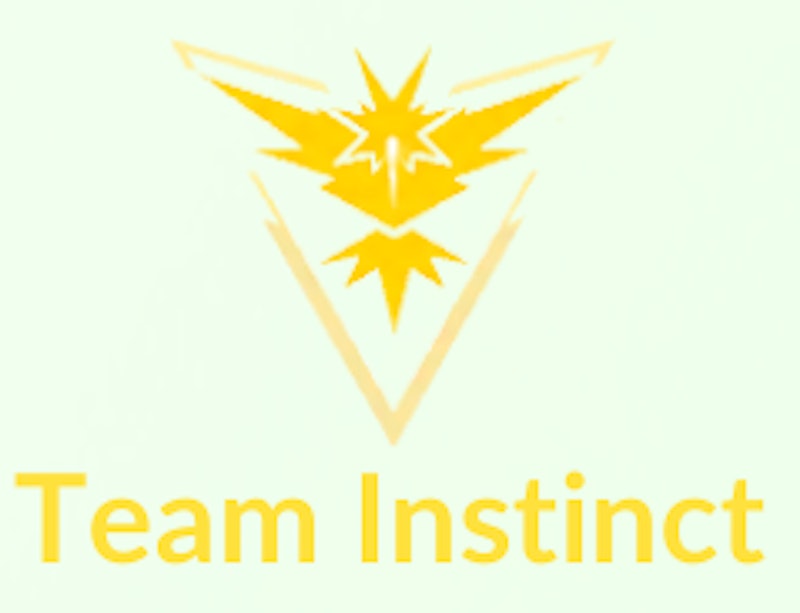 So you finally downloaded "Pokemon Go" and have caught enough Rattatas, Eevees, and Spearows that you have upgraded to level five (congrats!). Suddenly, you are faced with one important, all-consuming question: "What team should I join in Pokemon Go?"

Once you become a level five trainer, you are allowed to enter a gym for the very first time. Professor Willow will greet you and introduce you to his assistants, each of whom leads a unique team united by shared beliefs of Pokemon theory, in a quest to battle gyms and claim them for their own. Before you are allowed to continue playing you will be forced to choose between the three teams (and unfortunately there is no Sorting Hat)... so choose wisely.

This is a crucial choice every player is confronted with on their journey to becoming a Pokemon Master, and once the choice is made, the decision is final. Three teams stand before you, all eager to welcome you into the fold: Team Instinct (Yellow), Team Mystic (Blue), and Team Valor (Red). Each team has a mascot, one of the three legendary flying creatures: Articuno, Zapdos, Moltres — the rarest original Pokemon to exist. You are going to want to look deep within yourself (and some Reddit threads) to make this personal decision — and then text a bunch of your friends for advice.

A few facts about each team:

Team Instinct is lead by Pokemon Master Spark. Spark is a dreamer, an artist, he feels his feelings, he trusts his gut (... and for some reason he is still not yet my boyfriend?). Spark believes that the key to success is learning to "trust your instincts." If you have faith in your Pokemon's innate talents and abilities you win battle after battle.

The mascot for the team is the bird Zapdos, who has the ability to harness lightning and electricity. If you believe in feeling all the feels and/or like the color yellow — join this team! As a member of Team Instinct, I would be happy to have you.

Blanche is the leader of Team Mystic and wears a very cool trench coat. Mystic is considered the most intellectual team, and is currently the most popular among "Pokemon Go" players. This blue team believes in approaching battles with calmness and wisdom. Members of the blue team are certainly more detached and cool (again... trench coat), unlike Team Yellow who is guided by emotions.

They are able to take a step back and observe their Pokemon from a scientific standpoint. If you are interested in the evolution of Pokemon, and believe that the best way to crush opponents is through careful observations and analysis — then Team Mystic is for you!

Team Mystic's icy legendary bird, Articuno, has the ability to control the cold. If you join the blue team, expect a chilly reception.

Candela is the leader of Team Valor — total power and ultimate strength are her goals. Candela believes that Pokemon are stronger than humans and she is "researching ways to enhance Pokémon’s natural power." This team has gotten a reputation for being aggressive competitors, fierce in battle, and very passionate about the game. I would not be surprised if Team Valor takes over most gyms (and maybe soon the world?). The red team is represented by the fire bird Moltres — and at the moment they truly are on fire!

No team is inherently better than another, so the most important thing to consider when picking is — who do you want to play with? The game is so much more fun when played in groups, it becomes a social experience that will take you straight back to the playground.

The decision is simple and stress-free: pick the team that your friends are on, regardless of color or motto. You can take pride in battling and claiming gyms together, bond over your powerful Pokemon collections, and most importantly, have fun with your teammates!

More like this
Meet The Disney Imagineer Bringing 'Guardians Of The Galaxy' To Epcot
By Charlie Mock
Starbucks’ Chocolate Cream Cold Brew Tastes Like This Retro Candy
By Emma Garza
When Did Tamagotchi Come Out? In The U.S., 25 Years Ago
By Kaitlyn Wylde
10 Eurovision Moments That Celebrate The Weird & Wonderful Camp Extravaganza
By Sam Ramsden
Get Even More From Bustle — Sign Up For The Newsletter