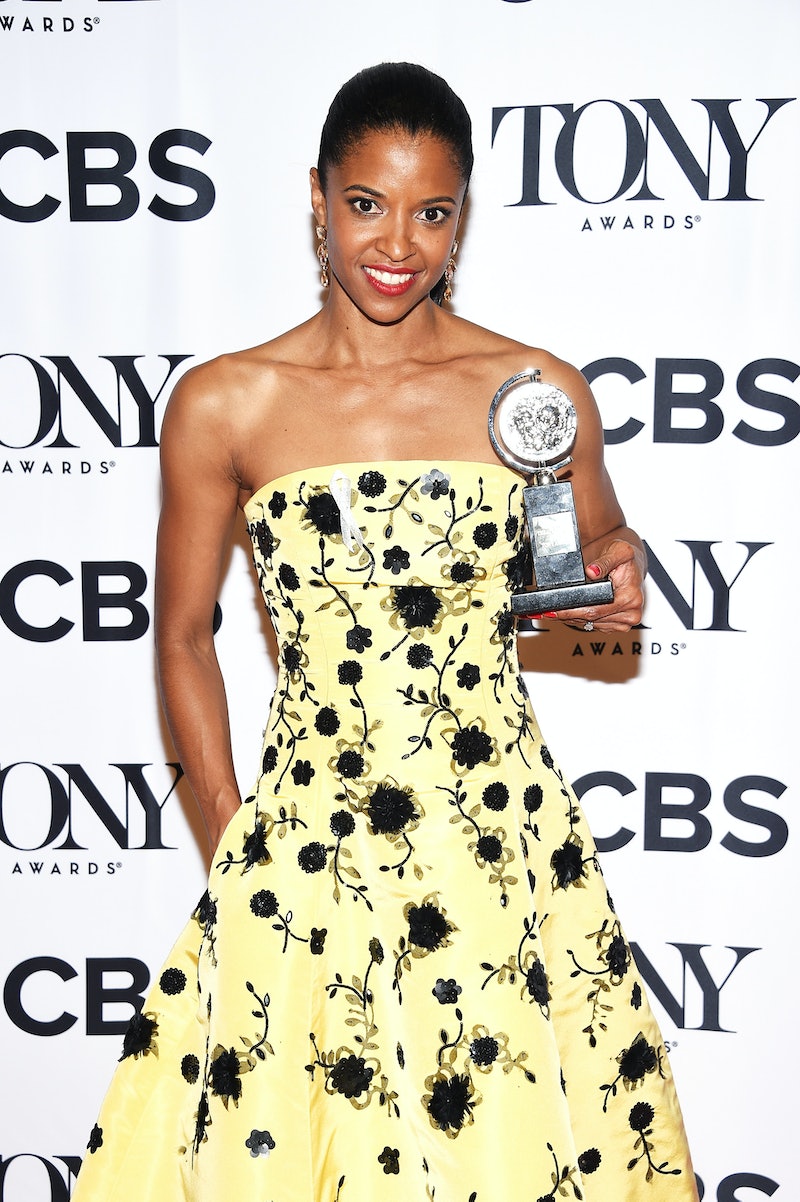 Our dearest, Angelica... is leaving us. No, not for London, for forever. Well, not Angelica Schuyler the character, just the incomparable actress who originated the role on Broadway. According to Theater Mania, Renée Elise Goldsberry is leaving Hamilton , effectively breaking all of our hearts and leaving us to tell her story when she goes. More than anything, though, do you know what that means? It means that "And Peggy!" has become, "Just Peggy." Which, is all kinds of devastating, especially for those of us who have never and will never get to see all three original Schuyler sisters in their complete sassy glory.

Bu, it's not like she's leaving without cause. The publication explains that her goodbye to the play means a hello to a new show, one of the television variety. Being that Angelica is my most favorite Schuyler sister and perhaps my favorite character in all of Hamilton, and that Goldsberry gave life to her, it is surely going to be difficult to let her go. On the bright side, though, while co-star Daveed Diggs is leaving the play Friday, Theater Mania asserts that Goldsberry won't be leaving until the fall. Phew.

Enough about our bittersweet feelings. This is great news for the actor and, in the spirit of Hamilton's unparalleled ambition, let's talk a little bit about her new show. Here's what we know about it so far:

It's Going To Be On Netflix

According to Theater Mania, it's based on a book of the same name, by Richard Morgan.

It's A Far Cry From Hamilton, Being That It's Science Fiction

Here's the synopsis, per IMDb,

Altered Carbon is set in a future where consciousness is digitized and stored in cortical stacks implanted in the spine, allowing humans to survive physical death by having their memories and consciousness "re-sleeved" into new bodies. The story follows specially trained "Envoy" soldier Takeshi Kovacs, who is downloaded from an off-world prison and into the body of a disgraced cop at the behest of Laurens Bancroft, a highly influential aristocrat. Bancroft was killed, and the last automatic backup of his stack was made hours before his death, leaving him with no memory of who killed him and why. While police ruled it a suicide, Bancroft is convinced he was murdered and wants Kovacs to find out the truth.

It's A Big Part

The site explains that she is playing a leading role on Altered Carbon, giving the larger than life Angelica character the justice she ultimately deserved.

There's Another Exciting Actor Who Is Said To Have Been Cast

On the Altered Carbon IMDb page, Joel Kinnaman is listed to star as Takeshi Kovacs.

While we wait for even more information about the project to come to life — like, say, a trailer — let's all just sit here and play "Satisfied" on repeat, because we will never be satisfied either.