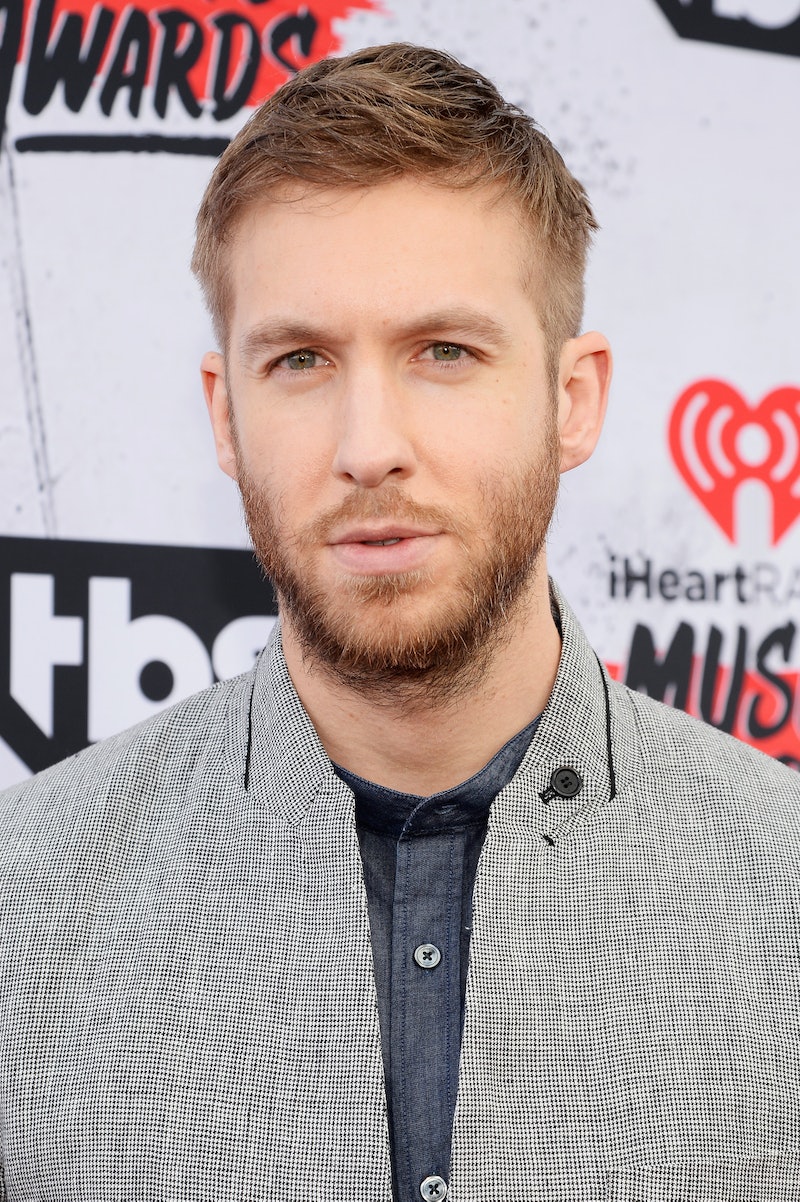 Wednesday just took an interesting and dramatic turn. First, as confirmed by her rep to Bustle, Taylor Swift wrote "This Is What You Came For," aka the Calvin Harris and Rihanna hit song of summer 2016. Then, Harris went on a Twitter rant about Swift outing herself as the secret writer. His tweets started out nice, but then he inserted the knife and twisted it — hard. As newsworthy (and juicy for my fellow pop culture junkies) as all of that is, there's one important Harris tweet that needs to be discussed. Harris seemingly confirmed Swift's rumored feud with Katy Perry. And seeing as Harris was very close to Swift for quite some time, this means the feud to be real, right?

Bustle has reached out to Swift's rep for comment on Harris' tweet, but has not yet heard back.

The producer wrote on Twitter, "I know you're off tour and you need someone new to try and bury like Katy ETC but I'm not that guy, sorry. I won't allow it." Yeah, that happened.

Ever since rumors of the feud began, there have been vague comments from Swift and Perry, not to mention a lot of speculation from the public about whether the two are really feuding — and if so, what about.

Obviously, Harris could just be bitter or in the heat of the moment, which then pushed him to write the tweet. Sometimes you say things you don't mean when you're angry. On the other hand, if he is serious, then he appears to be the first person connected to the 1989 artist coming out and commenting on the speculation.

In September 2014, Rolling Stone selected Swift as its cover star. It was a huge spread that also fueled rumors that she and Perry weren't getting along. She never spoke the "Roar" singer's name, but admitted that "Bad Blood" is about a fellow female artist. "She did something so horrible," Swift explained. "I was like, 'Oh, we're just straight-up enemies.' And it wasn't even about a guy! It had to do with business. She basically tried to sabotage an entire arena tour. She tried to hire a bunch of people out from under me. And I'm surprisingly non-confrontational — you would not believe how much I hate conflict. So now I have to avoid her. It's awkward, and I don't like it."

After the story was published, Perry took to Twitter and wrote, "Watch out for the Regina George in sheep's clothing," which is what really sparked the feud rumors.

Perry commented on the tweet while chatting with Billboard in January 2015 and said, "If somebody is trying to defame my character, you're going to hear about it." So, she didn't confirm it was directed at Swift, but definitely hinted at it. As for Swift, she told The Telegraph in May 2015 regarding Perry, "But I’m never going to talk about her in my interview. It’s not going to happen."

See? They (and no one else close to them) have ever officially confirmed the feud, but Harris' tweet is definitely making people think it's for real. I mean, just check out these tweets.

If Swift ever wanted to keep her feud with Perry on the down-low, that definitely didn't happen. Thanks to Harris, it is once again news.