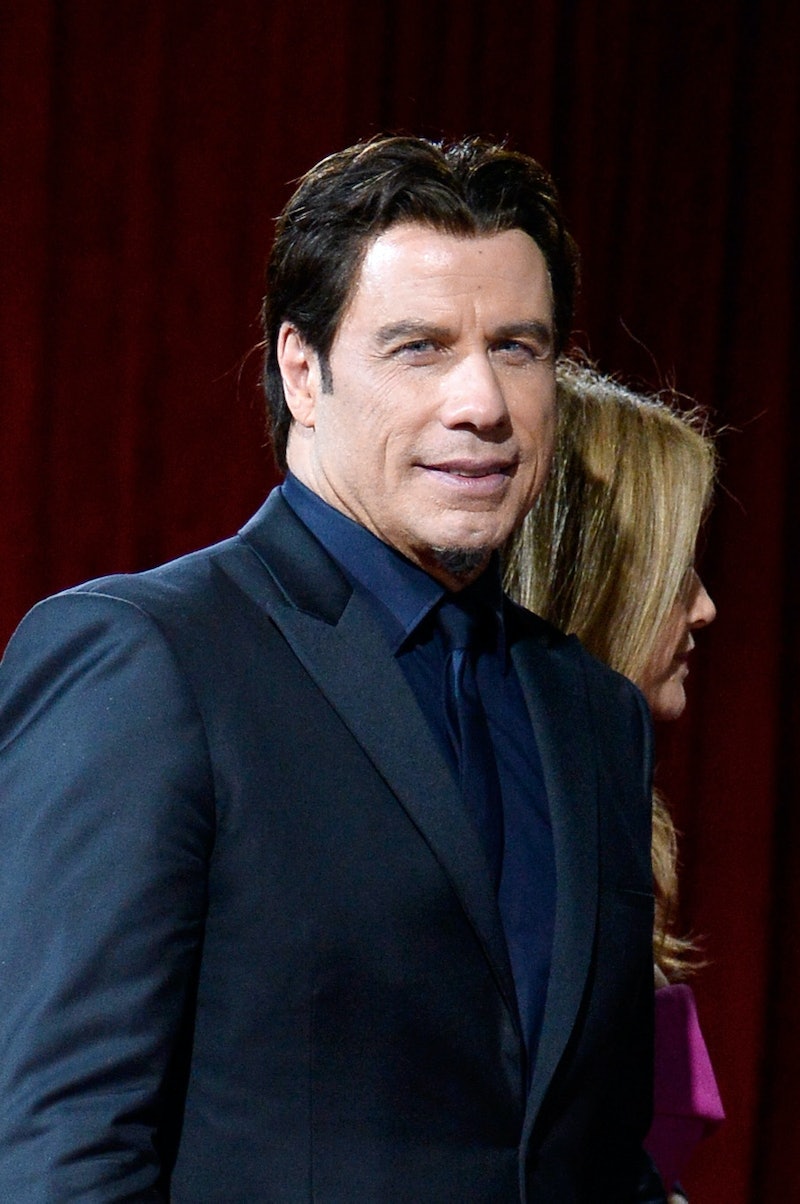 Don't you think it's a little late? John Travolta apologized for mispronouncing Idina Menzel's name at the 2014 Oscars, but it feels like this apology should have been coming for a long time (or at least, two days ago). Calling the singer "Adele Dazeem," of course, was beyond all possible levels of an Oscars faux-pas (because seriously, that sounds nothing like Idina Meznel), and it took the Internet's hilarious wildfire of memes, a Travoltification name generator (by the way, I'm Macaulay Scooper) for him to apologize? He could had easily acknowledged his mess-up in the press room or tweeted about it or something. Even if Idina herself did not seem fazed (can anything stop that vocal powerhouse?), it would be polite to have said he felt the shame earlier than now.

In fact, he says that he felt badly and couldn't "let it go." (Haha. Pun attempt.)

He said to E! News: "I've been beating myself up all day […] then I thought...What would Idina Menzel say? She'd say, 'Let it go, let it go!' Idina is incredibly talented and I am so happy Frozen took home two Oscars Sunday night!"

Perhaps he began to fear the wrath of the former Wicked star (look no further than this clip right here of her belting out the high notes as the Wicked Witch of The West).

That's great that he's apologizing and that he felt some guilt and shame, but it all seems a tad humorous now, doesn't it? It's one of those things that's like, just a little too late, and it's well after the media has exhausted every moment from the Oscars. But it's okay, I won't hold too much of a grudge. I'll just return to my room where I was belting out Let It Go...