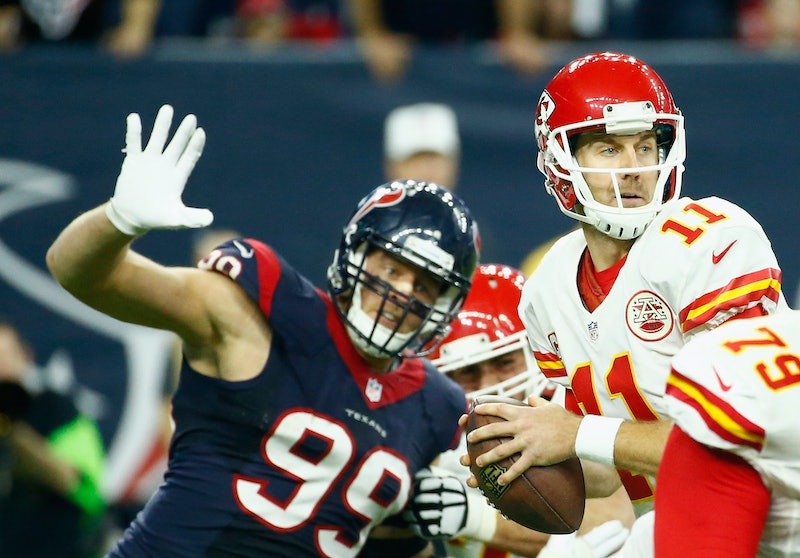 Although the grand tradition of the Olympics traces its roots back to Ancient Greece, the sports included in the quadrennial event aren't set in stone. The Rio Olympics will introduce several new sports, including women's rugby, rugby sevens, and golf. Now, the excitement of a new Olympic opportunity opening up the dreams for an Olympic berth to a new category of athletes may be coming to one of the United States' most popular sports. Football isn't an Olympic event in Rio, but there's a chance that it could be included by the 2024 games.

American football was last seen in the Olympics in 1932 in Los Angeles, after which it was removed. The International Federation of American Football has been making moves to get football back in the Olympics for nearly 20 years. In 1998, the federation was officially founded, and in 2003 it joined SportAccord, an international organization which coordinates between sports federations. Those two crucial steps, along with having national federation in over 50 countries on six continents, put American football on the path to becoming an Olympic sport. In 2013, football was given provisional recognition by the International Olympic Committee, and now the only step left is to see if the committee will chose to include the sport in the 2024 games.

However, that final vote could be a big hurdle. The sport's previous bid for inclusion in the 2020 Olympics was denied, and chances don't realistically look better for 2024. Among the concerns against football's favor is the fact that the sport is simply not widely played. "The challenges that [American football] has is their lack of a global presence," said Nigel Melville, CEO of USA Rugby, after the new categories of rugby were chosen. An Olympics source even told NFL.com that football being added to the games is "not even in the realm of possibility," which obviously isn't a promising sign.

But even if football does get voted in, that's no guarantee that it will stay in. Events are added and removed from the Olympics all the time — up until 1948, art was an Olympic event. More recently, baseball and softball were removed after the 2008 Olympics because the United States kept winning every year, a precedent that could hurt football's chance for inclusion (although they may be back for the 2020 Olympics).

The 2024 games might return the Olympics to the United States for the first time in over 20 years, so it would be poetic to include American football for the first time in those games. The IOC is expected to make its decision as early as next year, which could put even more emphasis on the NFL draft in coming years.