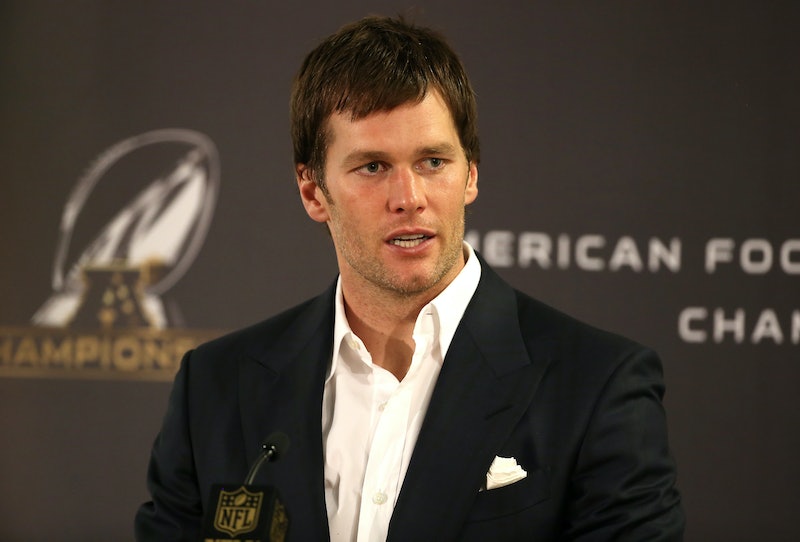 Speculation over who will be at the Republican National Convention has been mounting for weeks. Held this year in Cleveland, Ohio, from July 18 to July 21, it's still not wholly clear at the time of this writing who will be speaking at Donald Trump's Republican nomination coronation. Concern comes, among other things, from rumblings over the past weeks that the presumptive GOP nominee's camp looks to be scrambling to fill the roster of attendees. One of the people who's been rumored to be on that RNC speaker list? Tom Brady.

The New England Patriots' quarterback and Donald Trump are openly friends, but will Brady speak on Trump's behalf?

In a time that's intended for unity for a political party, the GOP remains divided over their presumptive nominee. A lot of Republican leaders have not only refused to endorse Trump, but many have even backed out of attending the convention altogether. The lame excuses for bailing belong in record books (Nebraska Sen. Ben Sasse's preference for "dumpster fires" is one of the best). Trump's support from his own party appears to be running thin and the long list of Republicans not going to the convention keeps getting longer. Thus far, it includes Mitt Romney; George H.W., George W., and Jeb(!) Bush; both Arizona senators, John McCain and Jeff Flake; New Hampshire Sen. Kelly Ayote; and former presidential rival to Trump, South Carolina Sen. Lindsay Graham. This list is just a select few.

Now, Trump seems to be leaning heavily on his family, athletes, and D-list celebrities to bulk up the showing at the event. But Trump's efforts to rally his friends haven't always come through as some of the rumors have been debunked including, ones about former heavyweight champ Mike Tyson and former Chicago Bears football coach Mike Ditka.

Last September, after being seen with a "Make America Great Again" hat, Tom Brady voiced support (of sorts) for Trump on a local Boston radio show saying, "Donald is a good friend of mine. I have known him for a long time. I support all my friends." Later, Brady backpedaled on his support for the GOP front-runner when the news of his support got national attention, announcing: "Whatever I vote is going to be my own personal choice based on how I feel. I don't even know what the issues are. I haven't paid attention to politics in a long time so ... It's actually not something that I really even enjoy."

Endorsement or not, Tom Brady will not be speaking at the RNC Convention, according to ESPN insider, Adam Scheffer. Confirming in a tweet, Scheffer said:

Brady could possibly be steering clear of getting wrapped up in a Trump-fueled political controversy seeing as his team is situated in one of the most liberal cities in the country, not to mention having enough controversy of his own to deal with (ahem ... Tom Brady deflategate).

More like this
Photos Of Boris Johnson Drinking At A Downing Street Lockdown Party Have Surfaced
By Bustle UK
Kim Kardashian Remembers Her Last Words To Death Row Victim Brandon Bernard
By Jake Viswanath
Cardi B Explains To David Letterman Why She Uses Her Star Power For Politics
By Jake Viswanath
What Is Barack Obama’s Net Worth? He Makes *Way* More Now As An Ex-President
By Hugh McIntyre
Get Even More From Bustle — Sign Up For The Newsletter