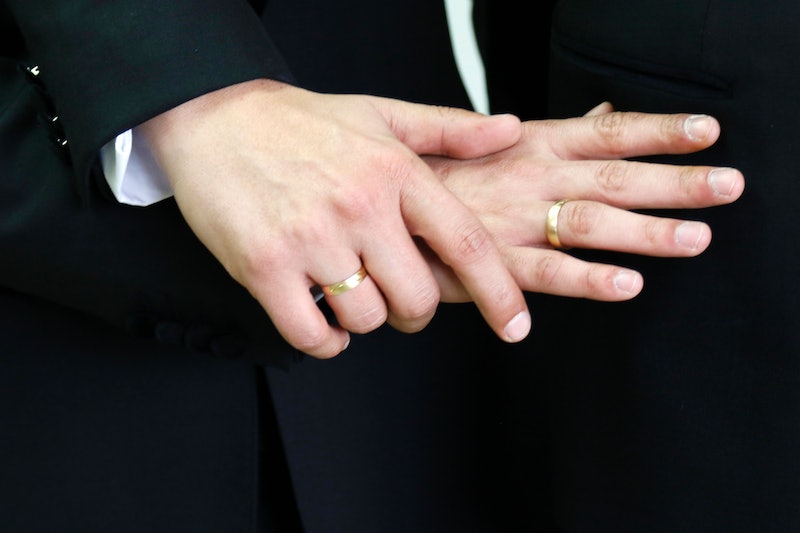 On July 11 and 12, the 112-member Republican Platform Committee convened to develop and approve a draft of the party's platform to present at the convention, where a majority of delegates will be needed to approve it. There are several noteworthy features of the draft, including hesitant language on multinational trade deals and support of "the wall" on the U.S.-Mexican border. But the delegates faced their fiercest debate concerning language on gay and transgender issues. As of now, the Republican Party platform does not support LGBT rights, despite the efforts of some delegates to move the party in a more socially moderate direction.

On Monday, the first openly gay member of the Republican Platform Committee, Rachel Hoff, introduced an amendment regarding same-sex marriage. The amendment didn't include outright support for same-sex marriage, but left the position open-ended, calling for a "thoughtful conversation" within the party on the issue. According to The New York Times, on an unofficial count, the amendment only received 30 votes. But the committee did state that the Supreme Court's same-sex marriage decision should be overturned by a constitutional amendment.

Another defeated amendment, brought by delegate Giovanni Cicione, involved acknowledging that the LGBT community had been the target of terrorism in the wake of the Orlando shooting. Cicione said that the move would be an "innocuous and important" way to include LGBT voters in the platform. The pro-LGBT amendments received enough signatures to be voted on again at the convention by the larger pool of delegates.

Several measures inhibitive of LGBT rights made it onto the platform, including one supporting state laws which restrict bathroom access for transgender individuals, like North Carolina's House Bill 2. Another contained language stating that children are healthier when raised by a mother and father, and therefore have a right to be raised in an "intact biological family," which could be construed to support adoption agencies that seek to deny services to same-sex couples. Finally, the draft states that parents have a right to choose what medical treatments their children receive, which could be used to support so-called "conversion therapy" for gay children.

While the platform won't be official until the convention delegates vote to approve it, the platform committee's decisions don't bode well for socially moderate Republican delegates or voters. It is true that the party platform isn't binding — politicians don't have to support the positions contained therein. But it's a powerful testament to the fact that one of our two major parties still stands largely opposed to the rights of LGBT individuals.