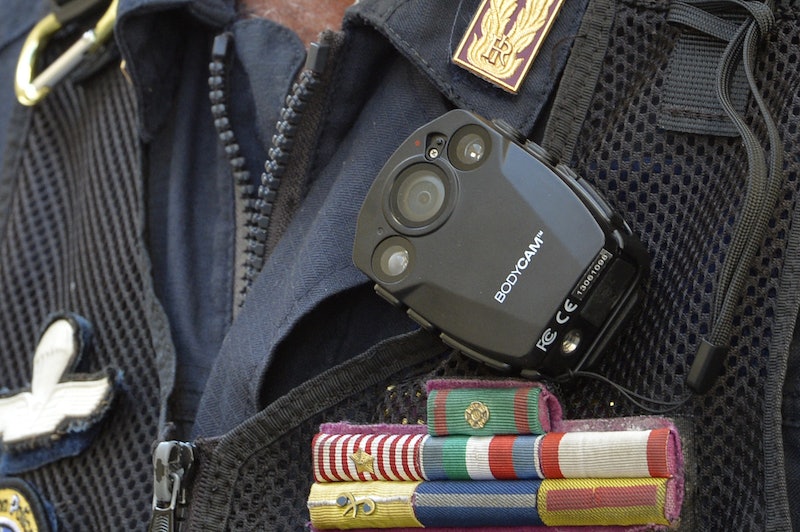 As activists around the country demand justice for Alton Sterling, Philando Castile, and other black people whose deaths at the hands of police have been filmed, a new state law in North Carolina would restrict the public release of footage from police body cameras and dashboard cameras. North Carolina Gov. Pat McCrory signed House Bill 972 into law on Monday, saying that the law would promote "uniformity, clarity and transparency." However, critics say that it actually reduces the likelihood of police accountability.

The new law states that audio and video recordings from police body cams and dash cams would not be public record, and that the release of these recordings to the general public would be heavily restricted, with limited exceptions. For example, someone whose voice or image is captured in a recording can request to see the file. However, such a request can still be denied, in which case the person in question would have to take the fight to court. Moreover, if someone wanted to copy or record the footage — to do anything more than look at it, essentially — they would have to successfully petition a judge for a court order that would allow the footage to be released.

While McCrory has said that "it's better to have rules and guidelines with all this technology than no rules and guidelines whatsoever," the ACLU of North Carolina has deemed the new law "shameful." Susanna Birdsong, Policy Counsel for the ACLU of North Carolina, told ABC 11 that this legislation would actually hinder efforts to increase police accountability and transparency:

Body cameras should be a tool to make law enforcement more transparent and accountable to the communities they serve, but this shameful law will make it nearly impossible to achieve those goals. People who are filmed by police body cameras should not have to spend time and money to go to court in order to see that footage. These barriers are significant and we expect them to drastically reduce any potential this technology had to make law enforcement more accountable to community members.

HB 972 would also give police departments in North Carolina a significant amount of power in deciding whether or not to release body cam and dash cam footage. Departments may consider whether the release of such footage would, for example, harm someone's reputation or safety, or endanger an investigation. The law is slated to go into effect in October, but given how central such videos have become to attempts to make policing more transparent, it is not going to do so without controversy.