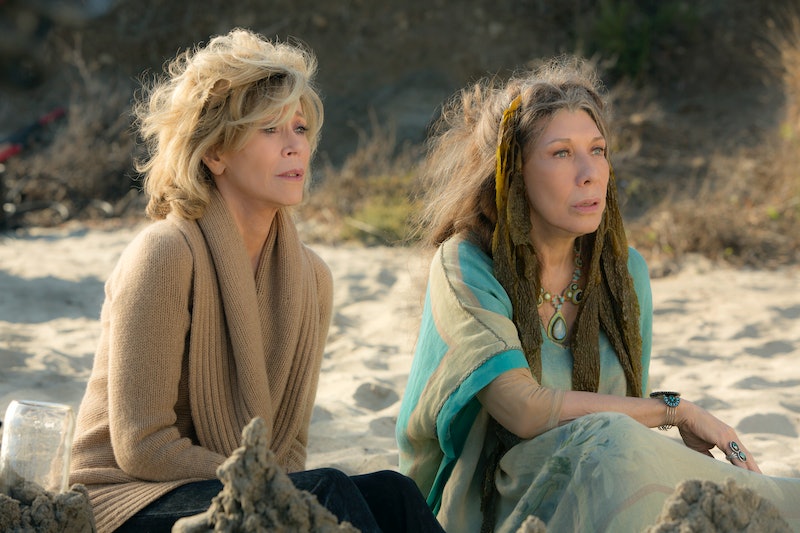 As a culture, we're not particularly fond of aging. We've invented chemical peels, and in the not-too-distant future I'm sure they'll be transplanting cells from baby bottoms onto the foreheads of concerned starlets. "Wizened and arthritic" is not one of our perceived personal valuable periods in life, but it's a very interesting area for science, for good reason: for one, we're still not entirely sure what drives aging. The human body doesn't necessarily have to degrade and start getting a bit dried out and creaky; there are certain processes that set it in motion, and those are still kind of mysterious. Which is mind-boggling, as age is a key part of the human condition and we've been experiencing it for tens of thousands of years.

Beyond the big mystery of aging's causes, though, there are other exciting areas that science is poking at: do we really have to age? Can we put it off? Which parts of our bodies age first, and why? Can our young bodies tell us what will happen to us in many decades' time, when we're all grumbling about blood pressure and yelling at kids to get off our hologram lawns with their 40th generation Pokemon Go? The answer to many of these questions, surprisingly enough, is "maybe". Senior citizens may not be at the center of pop culture's attention, but scientists are more than willing to investigate their experiences to see what aging holds for humans in the future.

What's new in the science of aging? And can any of it be called a miracle cure for the entire business? Read on; things get rapidly rather strange.

1. We're Still Trying To Figure Out Exactly What Causes Aging

Aging isn't just "getting older;" when it comes to the human body (and the bodies of all other life forms), we're still actually in disagreement about why it actually happens. Science is currently pretty up to date on the process of aging: cells break down, the body stops functioning effectively, and we develop grey hairs, brittle bones and other signals of frailty. But as for the cause? The jury is still out.

As Science News explained last week, there are several theories, some of which could be combined, about the potential biological processes behind aging. Some scientists believe it's down to a pre-written DNA "program" that we can't really change; some argue that cells themselves begin to degrade after years of replication, or that oxidants cause increasing harm over our human lifespan, and others again blame the difficulties caused by inflammation. It's thought that the degradation of DNA might have something to do with it, too. In 2015 scientists claimed that they'd discovered a process that gradually wears down our DNA, harming our cell function; apparently a key protein malfunctions as we age, and, interestingly, its malfunctioning can be "turned off" with a little further research. We may soon enter a post-aging future.

2. The Last Parts Of The Brain To Develop May Be The Parts That Degenerate Fastest

There's an interesting bit of scientific theory about aging and the brain. It's called the "last in, first out" theory. Essentially, the theory goes, the later bits of your brain to develop, including your impulse control and other "higher" mental functions, are also the first to degrade when your brain begins its slow, complex slide into old age. This gradual loss of marbles seems a bit counterintuitive; shouldn't the simple stuff go first?

But a big breakthrough in 2014 found proof, at least in some areas of the brain. The scientists studied 484 participants, and found "a network of mainly higher-order regions that develop relatively late during adolescence, demonstrate accelerated degeneration in old age, and show heightened vulnerability to disorders that impact on brain structure during adolescence and aging." This particular bit of the brain only really shows its strength in your 30s and 40s, and is, unfortunately, only around to show off for a few more decades; then it slips out, annoyingly enough. We don't know if this happens to all areas of mental function, though; if you learn to fly a plane at 50, you may well still know how to fly it at 70.

This won't come as news to people who follow dieting trends worldwide, but increasing scientific research suggests that lifespan can be increased in men in particular simply by doing some very intense calorie restriction. Various studies have demonstrated that many species, from short-lived ones to monkeys and humans, seem to do better and live longer by giving ourselves just enough food to survive and function healthily without suffering or developing malnutrition; and a major new bit of science this month actually shows why.

If you want to live forever, look to your gut. The scientists of the just-published study fiddled with the diets of various worms, and found something very interesting: if you restricted their intake, the worms both lived longer and demonstrated a big increase in the amount of cellular recycling happening in their guts. Cellular recycling is basically the body "renewing" itself via breaking down old cells and using them to make new ones; in the dieting worms, that increased, and helped the intestine remain healthy for a long period, probably prolonging their wormy lives. Want to live forever? Put down the cupcake. (I know, I don't want to live forever if it costs me cupcakes either.)

4. A Diabetes Drug Could Extend Our Lifespan To 120

This one is weird. It turns out that a drug already on the market for something completely unrelated to aging could be the key to substantially increasing normal human lifespan. The drug, Metformin, is currently in clinical trials with the FDA to see if it can extend human lifespan by effectively slowing the processes of aging in the human body; the projected gains mean a 70-year-old will have the body of a 50-year-old. Worms given the drug live up to 40 percent longer than others, hence the 120-year figure.

Metformin's possibilities are centred around its central mechanism: it causes cells to have higher levels of oxygen, which can have a long-lasting effect on human health and longevity, including the slowing of diseases like Alzheimer's. A study of 180,000 people showed that the people on Metformin lived longer than both other diabetic patients and, astoundingly, the healthy people brought in as "controls". It's an astonishing discovery that may, if the FDA tests are successful, mean that human lifespans take place over a longer period than ever before. Which would mean we probably freak out a lot less about turning 30 (and be very screwed in the future when it comes to Medicare costs).

5. Our Risk Of Alzheimer's Could Be Detectable Even When We're Young

There aren't really old-person diseases and young-person diseases in the world of human pathology, but there are a few exceptions; dementia and Alzheimer's disease are among them. They don't really occur except in the brains of humans of significant age, but we're now discovering that we can't be so hasty about them, either; whether you're going to develop degenerative neurological disorders might be able to be predicted while you're still running around with a slender amount of candles on your birthday cake.

This month, neurologists revealed that genetic markers that reveal a high risk of Alzheimer's might show up in people aged 18 to 35. They looked for high-risk gene variants in a vast number of people of many ages, with dementia and without, over three years, and found that a certain combination of genes heightened the risk of dementia development in elderly people and pointed to possible future problems in young ones. What this actually means is all a bit fuzzy; if you get tested in your 20s and find you might be developing Alzheimer's when you're elderly, what can do you about it? We're not sure yet, though a certain diabetes drug might one day be able to help you out...