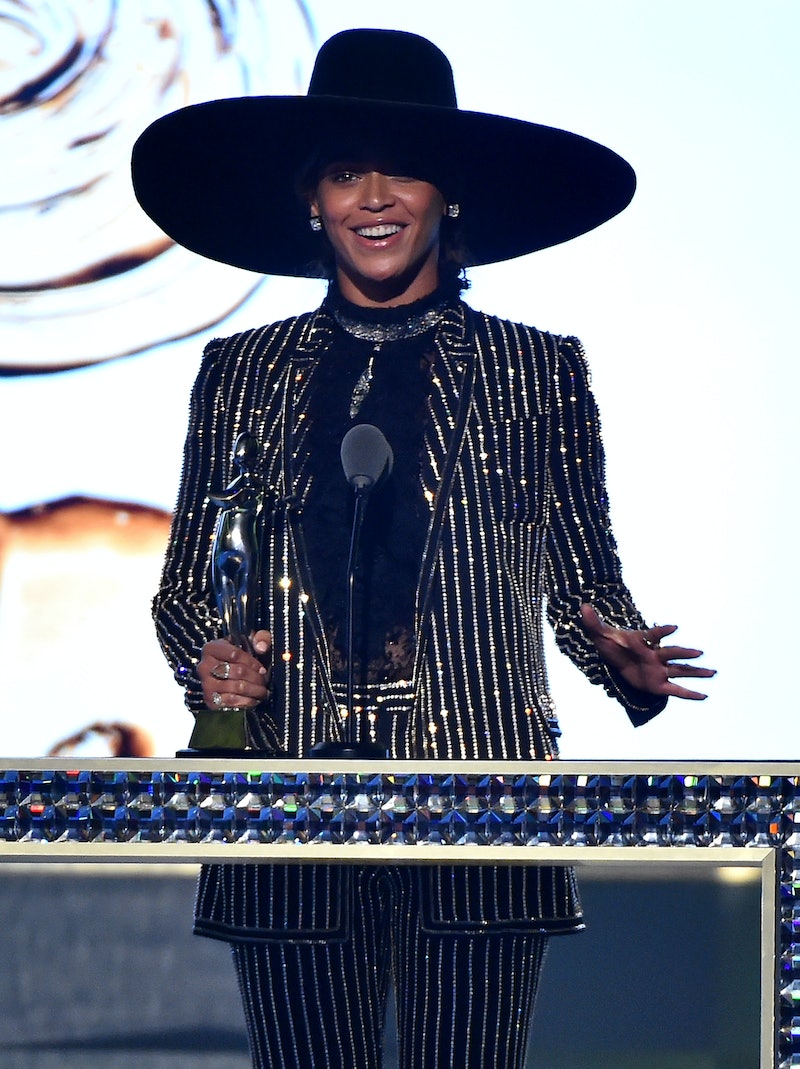 The Beyhive is going to love this news. While Beyoncé fans have all been distracted by her amazing Formation World Tour, and her unintentionally hilarious appearance at Wimbledon, and all of the other wonderful things she's been doing (anyone else see those adorable family pics she took while on her Hawaiian vacation?), there's a good chance no one was thinking about her name in connection with this year's Emmy nominations. Well, I'm here to tell you that was an oversight, because Beyoncé's Lemonade was nominated for four 2016 Emmys!

For three of the awards, HBO is listed as the nominee "in association with Parkwood Entertainment," along with the editor or production designer, etc. But, for the directing award, Beyoncé herself is listed along with the production companies and fellow director, Kahlil Joseph, which means that not only could Beyoncé's entertainment company take home an award, but the singer could, as well, for her directing work. And I think anyone who's seen Lemonade would agree that it'd be much deserved if the film won.

Of course, it'd be exciting if Beyoncé won, but either way, it'd be great to see her attend the award show. Conveniently, the Emmys are on Sept. 18 and Beyoncé just so happens to not have Formation Tour stop that night and her Sept. 17 show is in California. I think there's a good chance we'll be spotting Queen Bey on the Emmys red carpet.