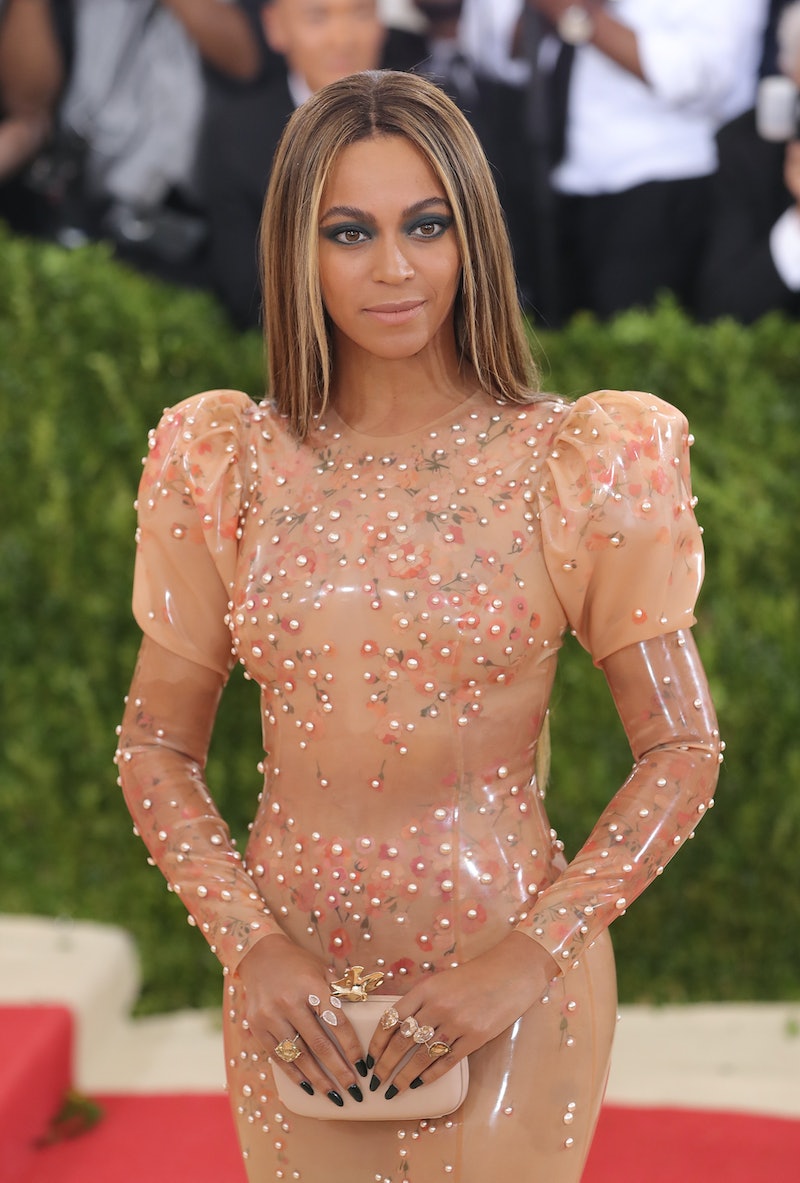 While I'm personally partial to her role as Foxy Cleopatra in Austin Powers in Goldmember, Beyoncé is busy racking up Emmy nominations for Lemonade, the visual component of her killer album. With Lemonade nominated for four Emmys, there's a shot that Beyoncé could be halfway to an EGOT — the coveted title for those special few who have won an Emmy, Grammy, Oscar, and Tony — after the Sept. 18 award show. Could Bey be an EGOT recipient any time soon?

Well, let's see here. First of all, the Lemonade Emmy nominations where Bey herself would take home the award — as opposed to the production designer, set designer, and art director, who are all up for awards for visual album — are for Outstanding Directing For A Variety Special, and for the Outstanding Variety Special category, where Lemonade as a whole is nominated, Billboard reports. In a nutshell, Bey has two opportunities at the 2016 Emmys to officially be halfway to EGOT town.

The "Sorry" singer certainly has the Grammy portion down-pat — she has a solid 20 Grammy statuettes in her possession, all sittin' pretty. But perhaps surprisingly, Bey — who won critical acclaim as her role in Deena Jones in Dreamgirls — is not the recipient of an Academy Award (though her co-star Jennifer Hudson is). Similarly, Bey would also have to venture to Broadway to score a Tony nod in the hopes of winning the whole EGOT. Making her chances more likely though, is the fact that she could win an Oscar not for acting, but for her music. (For instance, fellow pop singer Adele won an Oscar in 2013 for Best Original Song.) The Tony part would be harder since Beyoncé is far from a fixture on the stage, but with her pipes, a musical would definitely make sense.

Queen Bey is an enormous talent (to say the least), one with an entrepreneurial spirit and a keen sense of what kind of music — and other media — keeps people talking. It wouldn't surprise me if, one day, we see 'Yonce up there on that EGOT list with the likes of Whoopi Goldberg and Audrey Hepburn. After all, even though there have only been 12 EGOT recipients so far — let that sink in for a moment — if anyone out there is hungry enough for it, it's certainly the Queen.