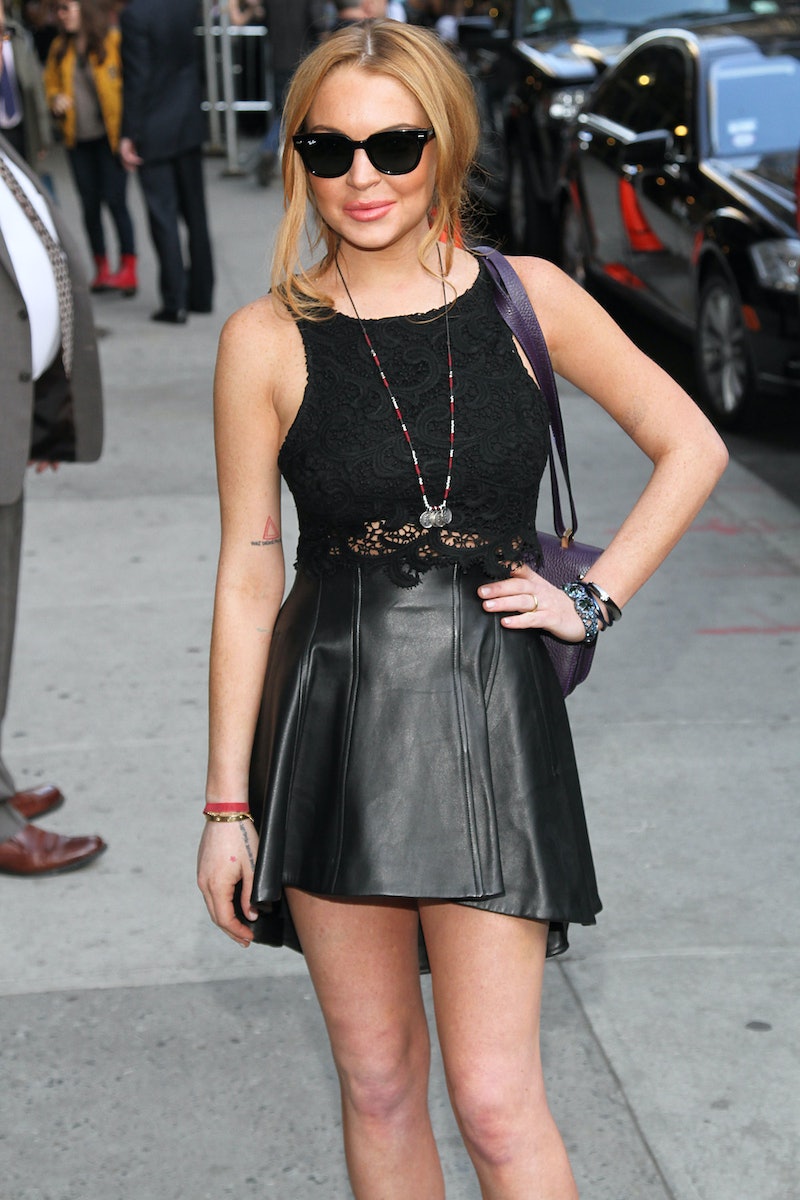 The Oprah Winfrey Network may finally have a reality series caustic enough to produce weekly headlines: Lindsay Lohan has signed on for an eight-episode on-camera stint billed as a "documentary" series. But while the idea of Lohan headlining a reality show (or docu-series as Oprah insists) may initially cause visions of cocaine fairies and gumdrops of debauchery to dance in our heads, we've seen LiLo put on the spot before: When the cameras start rolling, the troubled star is consistently on her best behavior. (Just see any late night show Lohan has stopped by on her now-regular contrition tours.) That's why reality television might actually be a better remedy than rehab.

Think about it: Lohan is about to allow cameras to follow her through private moments of her life in the wake of her recent rehab stint with the added stipulation that Oprah Winfrey will lob some seriously penetrating questions at her come highly anticipated interview time. Lohan is prone to relapse, but she's also prone to putting on a good show to convince us she's really getting it right this time.

Does anyone really think that Lohan is going to begin snorting lines of the white stuff while Oprah-sanctioned cameras are following her? Will she be taking violent photos with guns and knives (and forgettable pop culture starlets) when the Queen of America's Self Improvement Movement and her minions are watching the 27-year-old like 1984's Big Brother? Is Lohan daft enough to show her dark side when we're watching her through a far more intimate lens than that of a TMZ iPhone camera? The answer is a resounding "no." LiLo is troubled, but even she's not that detached from reality.

Could it be, then, that this time her rehab treatment might actually stick? And furthermore, could her willingness to open up her life suggest that she might even be ready to allow it work this time? In the past, the actress has famously shied away from appearing on reality programming, allowing herself to be little more than a name frequently (and shamelessly) dropped on Ali Lohan's E! series Living Lohan. Now, she's surrendering to daily personal surveillance and the guiding hand of Oprah.

While there's no guarantee any of Lohan's realizations will be permanent, it's got to at least prolong her new bout of healthy living. After all, the limelight seems to be the only thing she responds to. Hollywood-grade attention might just be the thing that could unravel the mess that she's made. It's a little overoptimistic and slightly far-reaching, but there's a sliver of a chance that trying something different could work and that for Lohan, reality TV actually could be the answer. Just maybe.

And should this potentially hare-brained theory of mine turn out to be true by the end of Lohan's docu-series career, perhaps Dr. Drew can take a break from rehabbing celebs and Oprah can set her sights on other troubled stars like Amanda Bynes. Of course, Bynes' reality TV rehab would probably require a commitment to more episodes than the entire run of Big Brother, so perhaps this model isn't exactly one-size-fits-all. Watching Lohan do emotional somersaults is one thing, but 230-plus episodes of Bynes doing her best impression of your worst nightmare would only be watchable with the help of an eye-opening device a la Clockwork Orange.