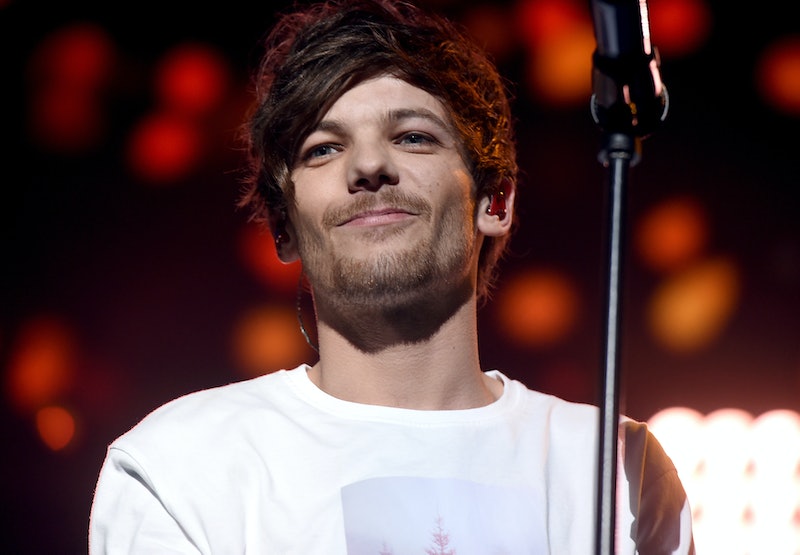 Well, this is awkward. Thursday, Briana Jungwirth seemed to call out Danielle Campbell on Twitter after photos surfaced of her son with One Direction's Louis Tomlinson, Freddie Reign, on a beach with Tomlinson and Campbell. The tweet, though not directly mentioning Campbell (who is currently dating Tomlinson), seems oddly timed when you consider the photos — and when you, you know, read it. Verbatim: "You can pretend all you want but you will NEVER be my baby son's mother."

According to a People article from July 2015, Jungwirth and Tomlinson have not been dating since before the birth of their son in early 2016, and a source claimed at the time that they "are both really happy and although they aren’t in a relationship, their friendship is extremely strong and they are both really excited about the baby." However, TMZ states that in June 2016, Tomlinson took Jungwirth to court in a custody battle — so it's possible that things are not as hunky dory as they may have once been.

But whatever is going on beyond closed doors (or in this case, right out on the beach) is not really clear to us, the onlookers. It's not entirely clear what Jungwirth meant by her tweet, but speculating could add fuel to whatever fire this is — and that's something that's definitely not needed.

As E! News pointed out, Tomlinson has asked for privacy in the past when it comes to paparazzi hounding him and his family, due to the frenzy media interest in his family reached after Freddie was born. "The persistent and increasing levels of paparazzi and media intrusions into Freddie's life of late are not only posing potential security issues but are also crucially invading the privacy to which Freddie is undoubtedly entitled as a child. The levels of paparazzi attention on Freddie are intolerable and completely unjustifiable... Louis appreciates, respects and values his relationship with the media and we hope he and his son are afforded the same respect on this matter."