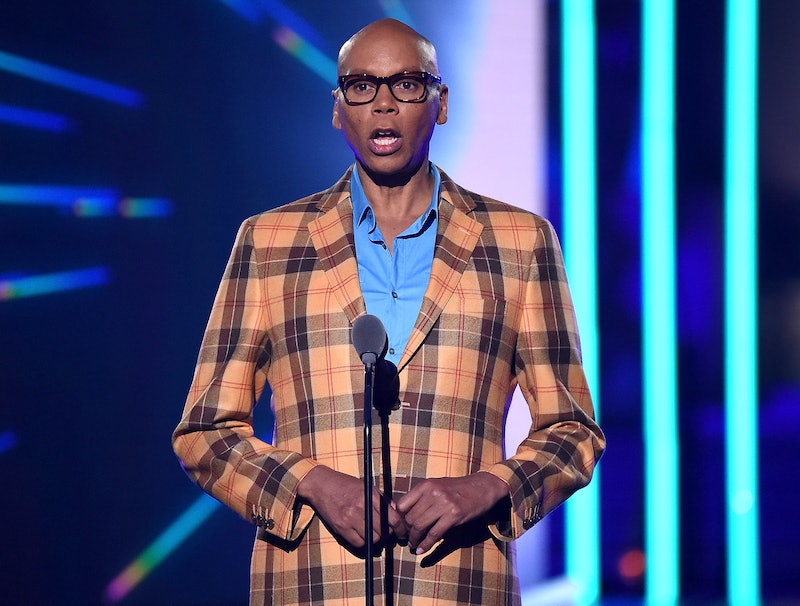 It's about damn time. After eight seasons, dozens of lip sync battles, and literal tons of makeup, the host of the drag competition to end all drag competitions has finally scored an Emmy nomination. RuPaul 's Drag Race host RuPaul received a 2016 Emmy nomination, and though it may seem like a long time coming for fans of the hilarious, bold, and beautiful drag queen, this is one case in which it's definitely better late than never. The show, which has spanned eight season since its premiere in 2009, has only been nominated for an Emmy once before for Outstanding Makeup For A Multi-Cam Series Or Special (Non-Prosthetic) in 2015 — so this is a pretty big year for it, with the series being nominated for Outstanding Costumes For A Variety, Non-Fiction, Or Reality Program as well. However, it's RuPaul who has been snubbed far, far too long — and now, RuPaul is speaking out about that Emmy nod with one beautiful statement.

Unsurprisingly, RuPaul is using the Emmy nominations as a platform to encourage people to celebrate themselves — no matter how "different" they may seem from the norm. In a statement to Bustle, RuPaul had this to say about being nominated after so many years of snubs:

I dedicate this nomination to outsiders everywhere. Brave souls — who against all odds —stick to their dreams and make the world a more colorful place. On behalf of those people — my tribe — I am so grateful.

RuPaul's statement perfectly embodies why so many people look up to the television personality. Fans on Twitter couldn't help but celebrate RuPaul's nod either:

There's no doubt about it: RuPaul totally deserved this nod, and may be able to take the win. Work it!