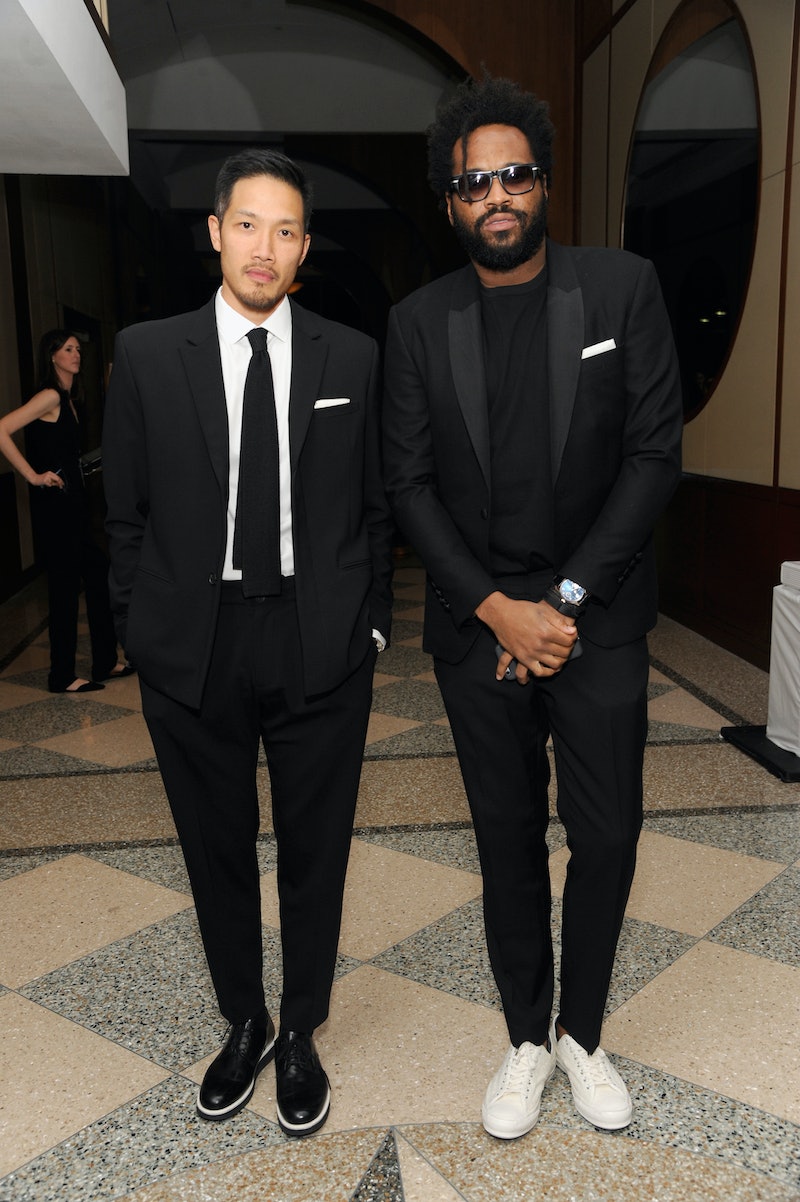 Maxwell Osborne of DKNY and Public School is not only an incredibly talented designer, but an extremely woke individual, too. Maxwell Osborne's open letter about the Black Lives Matter movement in W magazine urged the fashion industry to stand in solidarity with the movement and how these despicable acts of violence urged him to get up and do something in his own way.

On Thursday, Osborne took to the fashion magazine's website to post his full letter, explaining the sense of urgency that he felt. "I decided that I could no longer just sit on the sidelines." Osborne then recalled his involvement with the peaceful protests in Union Square in New York City last Thursday, joining his friends to stand in solidarity in the name of Alton Sterling and Philando Castile.

"At that moment in my office there was nothing anyone could have done to stop me. I felt I needed to be out there with Black Lives Matter, show face and feel it."

The 33-year-old designer mentioned that this is the first protest he has ever been a part of. "I write this open letter to encourage the fashion industry to not just continue the dialogue of race in America, but to do something about it," he wrote in his letter. And though, as a designer, the opportunities may seem slim, but he encouraged his fellow designers and peers in the industry to inspire and learn.

"Fashion exists in a world of make believe. Our job is to offer an escape from everyday life and a fantasy of glamour and beautiful clothes. It’s easy to forget the real world with its very real problems. But it doesn’t have to be that way. Fashion is always at its best when it looks outside of itself for inspiration and holds up a mirror to society. Sometimes we do that on the runway and sometimes when we come together as an industry and take up important causes, like so many of our peers have and continue to do with breast cancer and HIV/AIDS," he wrote.

Perhaps the most beautiful part of his letter is when Osborne describes the scene of the peaceful protest — people from all walks of life coming together and literally taking a stand. It gave him goosebumps, Osborne recalled.

As an outsider to the movement, and even as an ally, it can sometimes feel intimidating to ask exactly what you can do to help. And this, even Osborne outlines. Each and every person — not just the fashion industry — can do this.

"Stand with Black Lives Matter. Go out and educate yourself and learn how you can help and join the conversation as an active participant and not just as a passive, if well-meaning, observer. Encourage diversity on your runways and campaigns. Empower your social media fans to raise their voices. Use your designs for the public good. Attend a protest and see change in action. Raise awareness – it’s not as empty a gesture as it may seem – and others will follow your lead," Osborne wrote.

It's not often that we see influencers in this industry take a stance on such a polarizing, tense issue, and seeing someone I truly respect and admire share the same sentiments that I do gives me a bit of hope, and like Osborne, gives me goosebumps as well.

Osborne closed off his letter saying "What I saw last Thursday was a city united and mobilized in peace for a common purpose. What I witnessed was that love outclasses hate, ALWAYS."