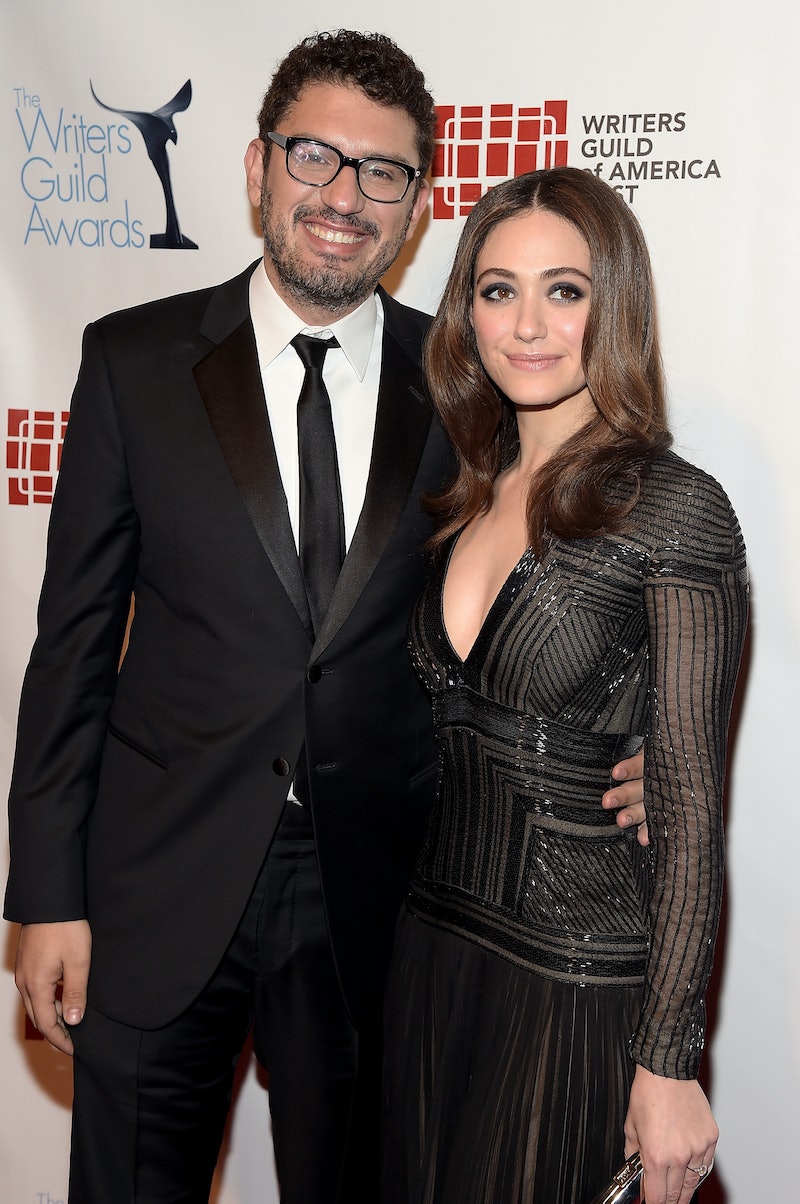 Congratulations may be in order for this celeb couple. It looks like Emmy Rossum and Sam Esmail got married. The Shameless star and Mr. Robot creator may have secretly tied the knot based on a tweet shared by Rossum's Showtime co-star Shanola Hampton on Thursday, after the 2016 Emmy nominations were announced. Hampton tweeted, "To the genius that is @samesmail CONGRATS on marrying my girl @emmyrossum, oh and on SIX #EmmyNominations!" First, yes congrats to Mr. Robot for receiving six deserved noms. Now, let's discuss how she is totally suggesting they got married. Update: On Friday, Rossum confirmed she and Esmail are not yet married, tweeting to E! News, "hahaha nope not yet!"

Earlier: Bustle has reached out to a rep for Rossum and Esmail for comment, but has not yet received a response.

Hampton wouldn't have tweeted that unless they actually walked down the aisle, right? What makes it seem even more possible is the fact that Rossum responded to Hampton on Twitter Friday with a smiley face. Rossum's response seems to be her way of thanking her co-star, in addition to slyly confirming that she did say "I do" to Esmail.

Nothing has officially been confirmed either way, so who knows what the truth is. Basically, the actor and executive producer are pulling a Mr. Robot moment. Like the hit USA drama series, they're making everyone question what's real and what's not. They also just might like messing with everyone, as well. Esmail and Rossum wouldn't be the first celeb couple to pull a fast one and get married secretly.

In August 2015, Rossum's rep confirmed to Us Weekly that she and Esmail were engaged, after two plus years of dating. It's almost been one year since the engagement, so a wedding would make sense.

If they did indeed make things official, congrats to both!