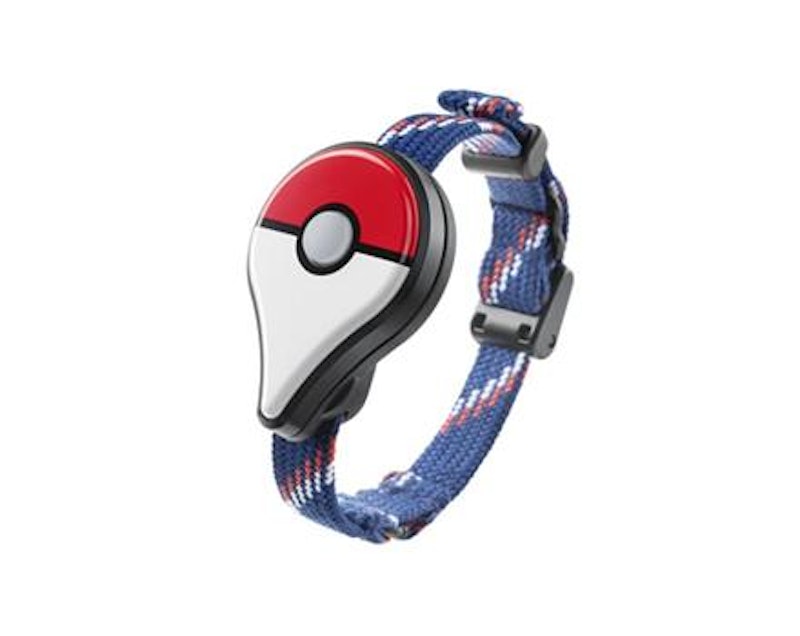 Players are loving “Pokemon Go,” but one of the game’s drawbacks is that you have to walk while looking at your phone — an annoying, and potentially dangerous, combination. There’s a wearable coming soon that might just solve the problem: “Pokemon Go” Plus. But how much does “Pokemon Go” Plus cost? The new Pokemon wearable device clocks in at $34.99. For dedicated players, that $35 may be a small price to pay to be able to play without constantly staring at a screen. Of course, it also helps that the game itself is free (though you can pay for extra Pokeballs, egg incubators, lucky eggs, etc.).

“Pokemon Go” Plus is a small device that looks like a Pokeball (Polygon has aptly described it as a " Pokéball mixed with a Google Maps pin .") You can wear either with a wrist strap (sort of like a Pokemon-only smartwatch) or clipped to your clothing. "Pokemon Go" Plus connects via Bluetooth to your phone, and, in general, it’s a simple device that doesn’t too much beyond light up and vibrate — but these functions could save a lot of time and missed opportunities for players. Here’s what it’ll do for you:

Although $34.99 doesn’t seem like too crazy a price if you’re obsessed with “Pokemon Go,” it may take some time (and extra money!) to get your hands on one. The release date for “Pokemon Go” Plus is still a bit fuzzy — GameStop lists the release date for the device as July 31, while Toys R Us lists July 30. Either way, acquiring the wearable won’t be easy; stores selling the “Pokemon Go” Plus for pre-order have already sold out. There are (of course) lots of sellers advertising pre-orders for sale on Ebay, but these are listed for many times the original cost of the device. Thus, it’s looking like getting a “Pokemon Go” Plus will require either a lot of patience, or some extra cash. If you’re in the waiting game, just keep having fun with your free phone version — but be careful to keep an eye on where you’re going.