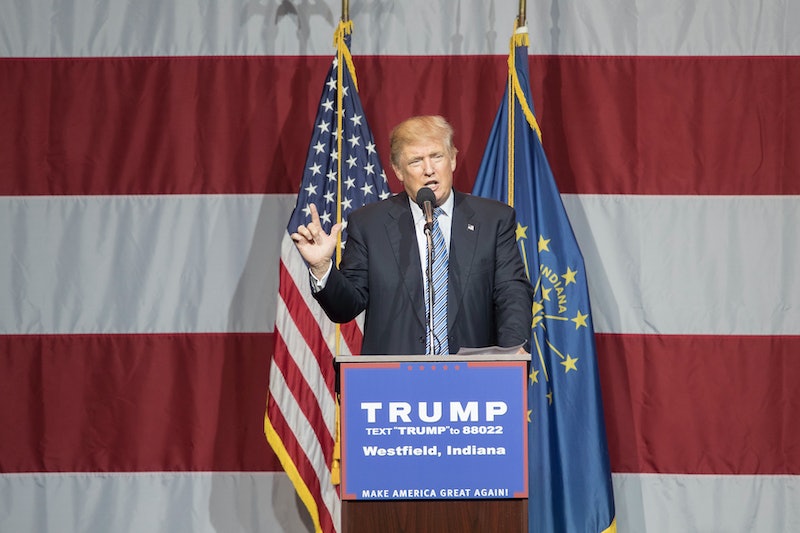 After reports broke Thursday that the governor of Indiana would be Donald Trump's running mate, the presumptive Republican nominee confirmed Friday via Twitter that Mike Pence was his vice presidential pick. Trump was scheduled to hold a press conference in New York on Friday to announce his running mate selection, but after the Bastille Day attack in Nice, France, he tweeted on Thursday that he would postpone it. Hours before Trump tweeted that, multiple outlets had reported that Trump would announce Pence as his vice presidential pick after Roll Call first broke the news. Shortly thereafter, the New York Times reported that Trump's campaign "signaled strongly" to choosing the Indiana governor. However, neither Trump nor Pence would confirm the reports.

Speculation over Trump's VP choice had been building for weeks. Former House Speaker Newt Gingrich was considered a top contender for the spot, as was New Jersey Gov. Chris Christie, who was one of the earliest former presidential rivals to come out and support Trump. Alabama Sen. Jeff Sessions and retired U.S. Army Lt. Gen. Michael Flynn were also considered strong possibilities. Interest in Pence increased after Trump met and his family met with him at the governor's mansion in Indiana this past week. Trump said he will hold a formal press conference announcing Pence as his running mate on Saturday:

Pence may boost Trump's ticket by providing the legislative experience that Trump, a reality TV star business mogul, lacks. Prior to being elected governor of Indiana, Pence served in Congress for over a decade. He's also known for extremely conservative social views, signing into law some of the most stringent abortion restrictions and openly expressing hope that Roe v. Wade be overturned.