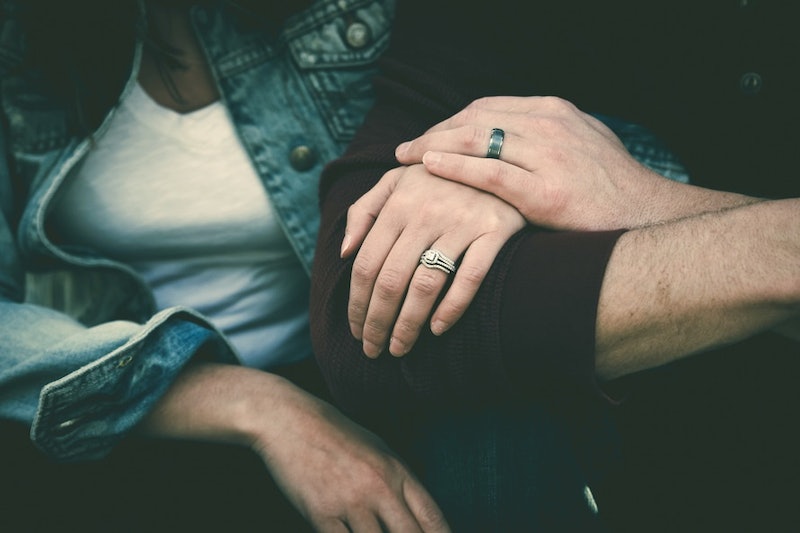 Relationship advice — many of us love to give it, many of us love to receive it, and many of us live by it. However, have you ever considered the amount of advice that floats around that is actually invalid? There are some common pieces of relationship advice you should ignore that might likely be pieces of advice you’ve been blindly using for quite a while. It’s no fault of your own that you’ve been following these bits of guidance. Much of this advice is circled around so often that we’re left feeling like the advice must be true. Let’s get to the bottom of some of the falsities that we’re told over and over so that we can properly dismiss the information moving forward.

It’s not only our friends and family that unknowingly share bad relationship advice with us. Think of how many things we’ve “learned” about relationships from entertainment, too. We watch a movie about a couple and take note of how they navigate their troubles. Then, we try to use the same tactics in our relationships, only to find those very tactics don’t work out nearly as well in real life. Why? Because we’re not living in a fairy tale — we’re living in a place where things aren't scripted, and sadly not every couple is meant to be together. Rather than continuing to take certain suggestions about navigating relationships and using them without thought, we should be mindful of the inaccurate advice out there and be certain to steer clear. Here are 11 common pieces of relationship advice you should ignore.

1. “You should lower your standards."

I’m going to start here with a piece of advice I, as a single woman, hear from my friends all the time: "You should lower your standards.” Here’s the thing — my standards have nothing to do with appearance, or how much money the other person makes, or anything superficial in the least. Rather, I want someone who shares my core values and is kind to me. Is it right to say I should lower my standards on those points?

I spoke to psychologist Nicole Martinez Psy.D., LCPC, via email to get some insight into this. According to Martinez, it is bad advice to tell someone to lower his or her standards as such. “We have spent years dating and narrowing down what we do and do not want in a mate,” Martinez says. “There is nothing wrong with knowing what qualities are important to you and why. It is important to be with someone who embodies that.”

Let’s say you decide to start dating someone who perhaps you know isn’t right for you at the core. As many of us know to be true, sometimes we just can’t seem to help but fall for the wrong person. Then, our friends are telling us that the only way for our inevitable relationship troubles to go away is for us to change that person. Terrible advice, according to psychotherapist Patrick Wanis, Ph.D., who spoke to Glamour on the topic. According to Wanis, if you’re in a relationship where you find yourself regularly trying to change the other person, perhaps you shouldn’t be in that relationship to begin with.

You’ve likely heard this notion many times in your life, however it might not be the best advice, according to Martinez. “I talk to couples all the time about what a fallacy this is,” Martinez says. “If you are mad, there is nothing wrong with going to bed angry. Often we will ‘sleep it off’ and feel much better in morning. Even more times, we realize the issue was not as important as we thought.”

Sure, not every day of our lives with our partner will be constant fun, but that doesn’t mean the fun needs to disappear all together. In fact, it shouldn’t. Psych Central noted when fun begins to vanish from a relationship, it could be a sign that the relationship is heading in a bad direction. Ultimately, the outlet stated, fun should be part of a healthy, happy relationship.

Again, this is probably something you’ve heard countless times in your lifetime. The reality is, when you sleep with your partner should only be up to you and your partner, not any third part. Laurel House, a first-date expert, relationship coach, and founder of No Games Love, penned a piece for Fox News Magazine where she noted, “What matters when it comes to having sex is that you feel good about your decision, you don’t feel pressured, and you and he are on the same page.” House went on to note that after you’ve made your decision on when to sleep with your partner, you shouldn’t let your friends make you feel regretful about it.

6. “Don’t talk about problems in the bedroom. It makes it worse."

A girl I know has recently been having an issue with her boyfriend — they’ve only been together a couple of years, yet their sex life has become non-existent. Whenever we’re having a girls’ night, it seems to come up in conversation, and the table of ladies always seems to be telling her to avoid talking about the problem with him because it might make it worse. I usually sit there and shake my head wondering how not discussing it could be helpful.

I had to ask Martinez about this. “I think that is terrible advice, and I can't imagine what someone's motivation would be for saying it,” Martinez says. “You can only improve upon, and have a healthy, happy, and mutually beneficial sex life if you openly discuss each others’ wants and needs.”

7. “You shouldn't sleep in separate beds."

Sleeping in separate beds will be horrible for your relationship? Not necessarily. According to the relationship experts at YourTango.com, 30 to 40 percent of couples don’t sleep in the same bed at night — and it works just fine for them. The outlet added this doesn’t mean you need to stop having sex and cuddling, but if you prefer to sleep separately afterwards because you disturb each other’s sleep at night, don’t beat yourself up over it. You’ll be just fine.

8. “Single? You should be online dating no matter what.”

Single people all around the world are likely hearing this from their coupled friends and family members. However, online dating isn’t a necessity for single folks — it call comes down to personal preference, according to Mara Opperman, relationship etiquette expert, co-founder of I Do Now I Don’t, and Director of Communications and Client Relations at DEL GATTO. I spoke to Opperman via email and she noted that just because online dating works for some people, doesn’t mean it needs to be the go-to tactic for all singles looking for love. “Just know that dating is never a one-size-fits all method,” Opperman says. “Feel free to try all different forms of dating. Personally, I think setups through friends tend to be very successful.”

9. “When you've met the right person, it won't require any work.”

If you’ve heard this advice and thought, “Wait, but my SO and I have to work on our relationship — does this mean our relationship isn’t right?” — fear not. According to Martinez, all relationships require work. “Love is work,” Martinez says. “You work because you care about the person and you want things to work out. You learn to listen, communicate, and compromise.”

You may have had this advice thrown at you before — let’s say you’re dating someone and your friends and/or family don’t completely love him or her. They tell you your partner is a jerk and suggest you need to end the relationship ASAP. Before you take their advice, it’s always important to stop and really give it the time to determine if that’s the right move for you, according to House. If you think you and your SO have issues that you can genuinely work past, go for it. Sure, your loved ones might be offering up this advice with the best intentions, but don’t let the opinion of outsiders alone determine whether you and your partner call it quits, House added.

Love is such a splendid thing, but just because we’ve found it doesn’t mean it can conquer all of the external factors in every situation. If you’re with someone who genuinely isn’t a right pairing for you, love isn’t going to be able to change that. The reality is, sometimes love doesn’t work out, according to Martinez. “While some couples will try and work things out no matter what, others believe certain topics and behavior are deal breakers, and are unable to move past them,” Martinez says.

While many of us thoroughly appreciate the relationship advice we receive from those around us, sometimes that advice simply is not very valid. Next time you hear the bits of advice we’ve talked about here, know with certainty that you can (and should) dismiss them.