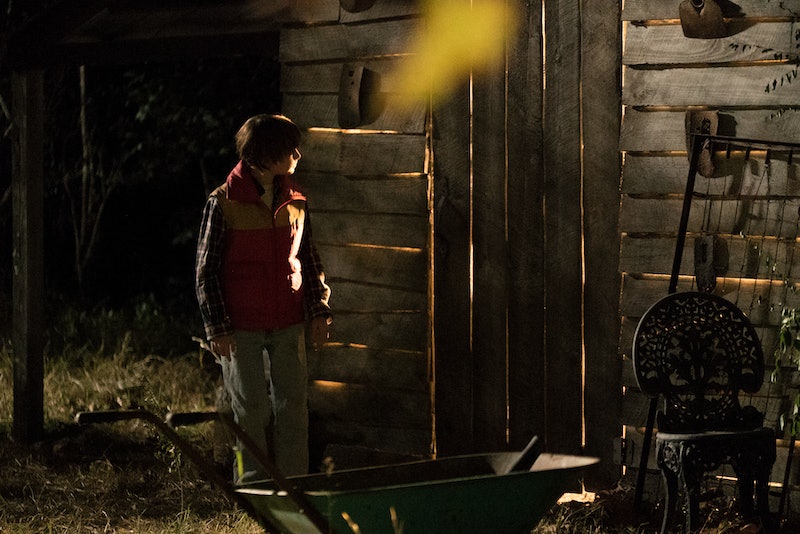 We see a lot of monsters and aliens in stories these days, so much that they kind of blend together. What is the monster in Stranger Things ? Thankfully, the creature that took Will isn't exactly like anything we've seen before. Quick warning: there are spoilers for the end of Stranger Things ahead, so take a dip in Steve Harrington's pool if you're not ready to get into it.

Part of the nostalgic charm, which could easily turn into depression about the digital age, was watching the kids apply books, research, and analogue devices to learn about the monster. No help from computers. It's 1983, they don't even have Encarta! While brainstorming possibilities, Nancy and Jonathan compare the monster to a shark, because it is attracted to blood, as well as a bear because it's always alone. However, it soon becomes clear that this is no ordinary animal. Its ability to instantly vanish and creep through walls alone makes it otherworldly and horrifying.

When we finally get a good look at the monster, it looks like a grey biped with human-esque hands and a head like a flower. Seriously, its head opens up to reveal four petal-like pieces. Super weird. It keeps its victims, Will and Barb included, in a plant-like web that feeds on the trapped humans — but may or may not keep them in a dream state. How else was Will able to communicate with the regular world?

Does this creature naturally habituate the Upside Down, the alternate universe that El has been exploring? Is it some kind of manifestation or experiment gone wrong? What does electricity have to do with it — either the monster or his victims are able to communicate using lights, and the evil government organization disguises themselves "Hawkins Power & Light," which is extra suspicious. While we may get plenty of good looks at the monster, its purpose and powers are still mysteries that Stranger Things needs to explore.