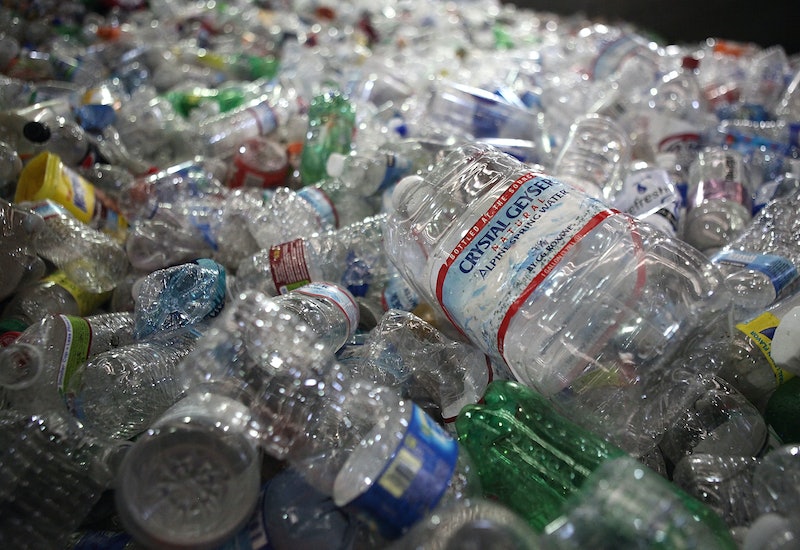 You already knew that plastics containing BPA might be bad for you — but, as it turns out, even BPA-free plastics may not be safe. A damning report in the latest issue of Mother Jones has drawn attention to 2011 research that found various types of plastics, including the BPA-free variety, could possibly impact your health in much the same way as the highly-publicized chemical — and in some cases, be even worse.

Published in the journal Environmental Health Perspectives , a team led by CertiChem Inc. researcher George Bittman placed a range of different plastics under stress of UV radiation and microwaving, and monitored their effect on human breast cancer cells — which can multiply rapidly in reaction to estrogen. The primary issue with BPA is that the chemical has been shown to possibly function as a synthetic estrogen, and has been linked to various medical problems that include obesity, cancer, and diabetes.

Almost all commercially available plastic products we sampled—independent of the type of resin, product, or retail source—leached chemicals having reliably detectable EA [estrogenic activity], including those advertised as BPA free. In some cases, BPA-free products released chemicals having more EA than did BPA-containing products.

Concerns about BPA plastics have spiked in the last few years, and many plastics now market themselves as "BPA-free." The Eastman Chemical Co. sells a plastic called Tritan, which is marketed on the strength of being "EA-free" — that is, not just free of BPA itself, but free of "estrogenic activity."

Unfortunately, according to the Mother Jones findings, the Tritan ingredient, triphenyl phosphate (or TTP,) was shown to be even more estrogenic than BPA.

Eastman Chemical had sold Tritan as not just non-BPA, but free of estrogenic activity altogether. This, according to Bittman's research and that of Eastman rival PlastiPure, is untrue. So the allegation becomes one not just one of health, but of knowingly fraudulent marketing to boot. The Mother Jones feature outlines Eastman's efforts to mitigate the controversy, including the hiring of consultants and scientists who acted on behalf of Big Tobacco.

Still, it's important to remember that the level of concern we should have about BPA itself isn't yet clear. Sparse studies, often performed on rats, have fueled an impassioned battle between health activists and industry advocates. As Bustle reported:

Studies go back and forth about what degree of exposure to BPA is harmful. The short answer is that BPA, in large doses, would likely be bad for you — but the use of the chemical in household products isn’t large enough to necessarily prompt fear. In 2010 the FDA said that the chemical might pose a risk to babies and toddlers — BPA was then often present in babies’ bottles — and banned manufacturers from making sippy cups, baby bottles, or formula packaging with the chemical. The EU has followed suit.