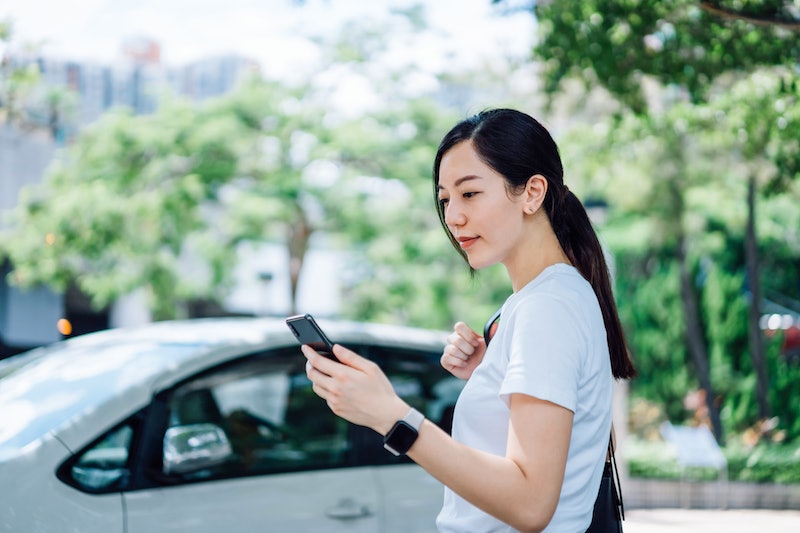 By now, you've almost certainly come to rely on the banking information you receive online instead of, say, physically visiting the bank and speaking with a teller. Unfortunately, your online banking balance may not be accurate, which is obviously a huge pain in the butt. Time to dust off that paper checkbook! But do they even teach kids how to balance those things anymore?

This terrible realization was surfaced by Forbes, where staff writer Lauren Gensler recounts anecdotal evidence that many American customers of ordinary, large banks have been slapped with overdraft fees for allegedly overdrawing accounts whose online balances actually appeared to be positive. Basically, what you need to know is that transactions hit your debit account at varying speeds, and even the list of transactions that are "pending" online is not guaranteed to be complete at any given time when you look at it. Some transactions may show up there instantly, while others could take days, and you may use your debit card so frequently that you really can't tell what's potentially missing.

Even worse, sometimes banks reorder transactions to maximize their fee takings. If several transactions come in around the same time, processing the largest one first can deplete the account so that several small transactions bounce, with a separate fee for each. Moreover, banks vary as to if and when they'll allow debit transactions to clear but incur a fee, or whether the transaction will just be declined at the checkout. You might assume based on past experiences that your card will simply stop working when you're out of money, but this can change without your knowing.

So, though the particulars of each case vary, it's easily possible to overdraw a checking account even when your balance online seems large enough to make a new transaction, and when it goes through normally. Probably there is some fine print in your banking customer agreement that covers the bank's bases, suggesting that online balances are provided as a convenience and may not necessarily reflect the official state of the account, or something along those lines.

But as victims of this situation are reasonably left wondering, what good even is the online access if it's not guaranteed to be correct? Why are even our digital financial institutions so decrepit that it can take days for an automatic, electronic transaction to be recorded by a computer? Most importantly, how come financial institutions seem to get all the benefits of digital transactions but consumers are getting the short end of the stick?

You won't be able to fix consumer finance yourself, but there are steps you can take to protect yourself from hefty fees at least. If you can't (or won't) be able to keep track of a pen and paper record of your banking transactions, the most obvious solution to the problem is maintaining a relatively large cushion of money in your debit-enabled account, so that $5 splurge on a latte doesn't end up costing you like a hundred bucks by the time you're done solving the multiple resulting overdrafts. Of course, this is a little easier said than done if you're strapped for cash (and fees are going to hurt the most for broke people too, unfortunately).

You can also move most of your one-time and recurring transactions to a credit card, where hitting up against your credit limit doesn't usually incur a fee. But that's a little dangerous because it invites you to spend money that you don't have, with incredibly steep interest rates. So it's regrettable that people who are trying to do the responsible thing for themselves, by spending via debit (which is like cash), would get screwed by inaccurate balances.

Use whatever online advantages your bank offers, too. You may be able to set a daily, recurring phone notification of your balance, for instance. Although we now know it's only an approximate balance, seeing that number each morning can help you to plan. You may also be able to set a notification triggered when your account dips below a certain amount of "available" money remaining. And if you mess up and accidentally overdraw, don't hesitate to ask politely for a one-time fee refund. You've got nothing to lose and the banks sometimes oblige.