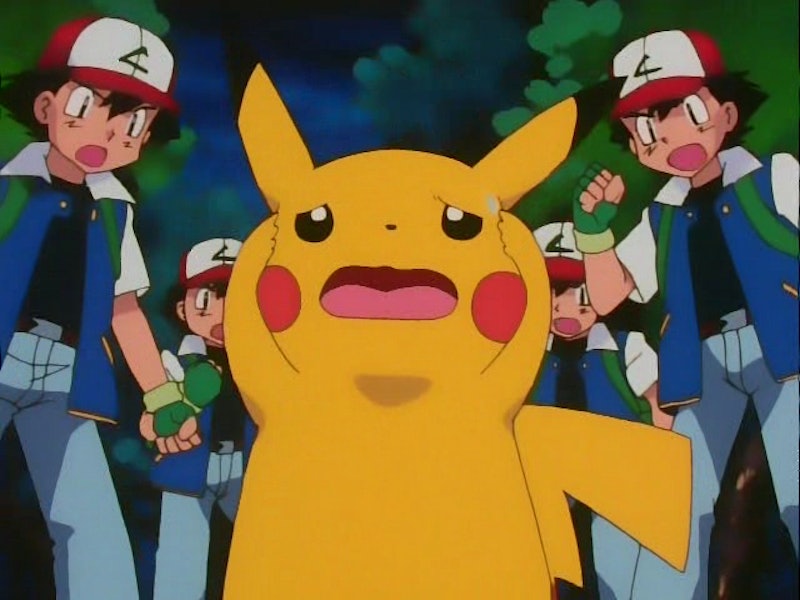 If you were hoping that law enforcement would celebrate your decision to revive your inner child from the '90s, you're in luck. It seems like, in San Diego at least, the police think it's awesome that you're spending your summer playing an augmented reality game in hot pursuit of a non-Pidgey (seriously, anyone but you Pidgey, anyone) Pokemon. After a summer in which recent political events may have led you to conclude it's the end of the world, a dose of nostalgic fun is exactly what the doctor ordered. So no wonder recently the San Diego police played the Pokemon theme song for "Pokemon Go" players, according to Entertainment Weekly. It seems everyone loves "Pokemon Go," no matter their occupation.

What went down? Well, it seems the San Diego police department thinks "Pokemon Go" is so great that a police car of theirs blasted the theme tune while driving through Balboa Park on Thursday July 14 at 11 p.m., according to EW. The Twitter account for the park has been trying to lure (pun intended) in Pokemon hunters with tweets encouraging people to play in the park, so no wonder the park was so popping on a weekday evening.

While the bystander who recorded the Youtube video initially suspects the police of "trolling" the hunters, the caption he posted it with says “He actually wasn’t trolling us and was just showing his support.” Phew!

Whatever you think of the app, you've got to admit: It's bringing people together. And if you were wondering if the San Diego police are the exception to the rule, they're not, everyone loves Pokemon. Some police departments are even using the app to humorously try and raise awareness of their wanted criminals, like the Manchester police department in New Hampshire, who, according to The Guardian, published a post on their Facebook page reporting a spotting of the rare Charizad in the booking department and saying that, given the Pokemon's rarity, only names on their Most Wanted list can be invited to come catch the Pokemon.

Nice. Just like us, the police want to "catch 'em all."

More like this
Behind The Hilarity Of The "POV: You Walk Into My Room" TikTok Trend
By Lexi Inks
Why TikTok Is Flooded With Controversial Videos About "Pick Me Girls"
By Courtney Young
Meghan Markle Resumes 'Archetypes' Podcast After The Royal Mourning Period
By Bustle UK
For Alexia Del Valle, Her Latinx Roots Influence All Of Her Content
By Alexis Morillo
Get Even More From Bustle — Sign Up For The Newsletter