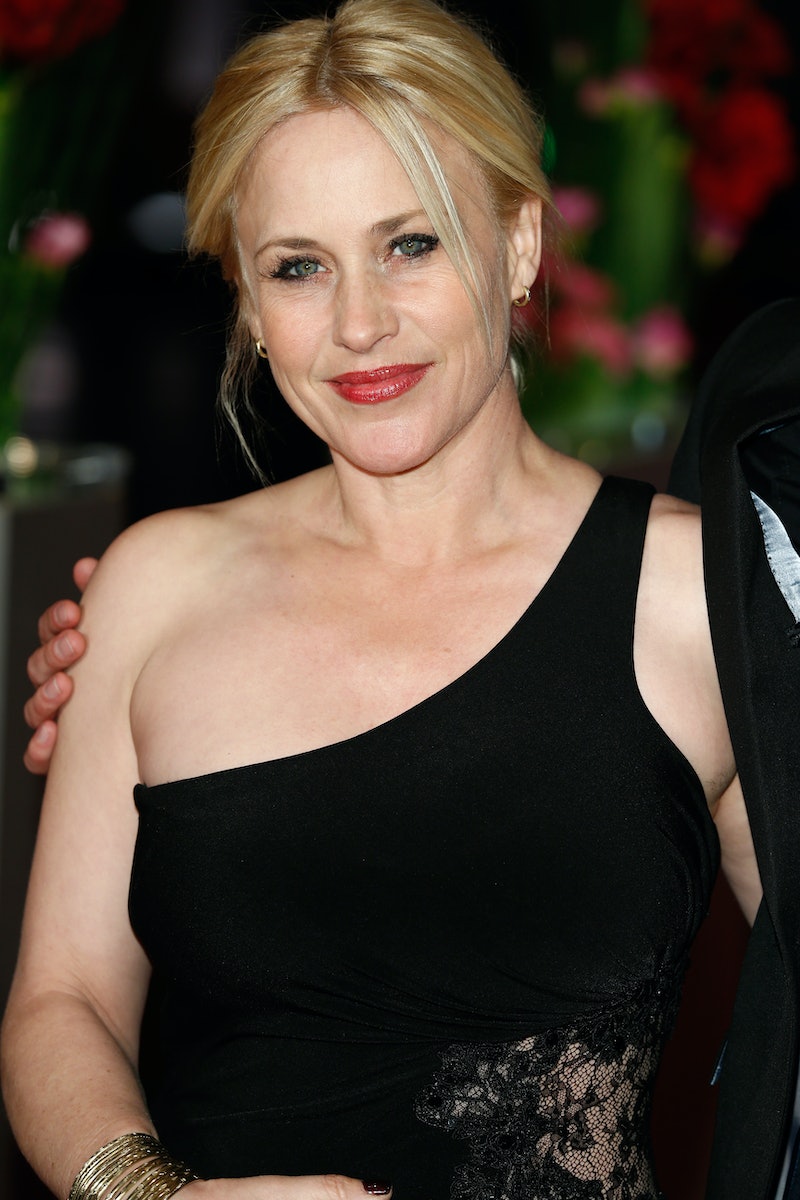 In its 14 years on the air, CSI has launched two spin-offs from its original Las Vegas locale — the infamous sunglasses-doffing of CSI: Miami in 2002 and the Gary Sinise-helmed CSI: NY in 2004 — and though both have since been cancelled (NY finally flagged last year), the show's creators are at it again with the tentatively-titled CSI Cyber. This proposed series will technically be set at the FBI headquarters in Quantico, VA, but its main action is slated to take place in the boundless world of online crime. Based on the real-life detectivework of Irish cyberpsychologist Mary Aiken, the show will begin this spring as a "planted spinoff" — that is, an embedded episode of the still-chugging Vegas series — before hopefully continuing on to its own time slot. And as of today, CSI Cyber has officially snagged a star: Patricia Arquette, fresh from her turn on Boardwalk Empire, who will be the franchise's first female lead.

On the one hand, this seems like great news: Lord knows I love a good police procedural (as does most of America, judging by the number currently airing), and it's especially refreshing to see CSI finally put a woman at the helm. I mean, CSI's original star William Petersen will always hold a special place in my crime-fighting canon (see: the original 1986 Hannibal movie, Manhunter), and both Lawrence Fishburne and Ted Danson have done an admirable job filling his shoes — but, sheer equality aside, putting a female face on televised law enforcement has proved both entertaining and lucrative, from Law & Order: SVU's ever-beloved Olivia Benson to the title characters of Rizzoli & Isles. Plus, Arquette has already won an Emmy for her starring role in Medium — a show about a psychic hired to help investigators at an Arizona District Attorney's office — so she's shown she can make unconventional crime-solving tactics compelling.

Speaking of those tactics, however, it's unclear whether this premise is enough to sustain its own series. Sure, the Internet may be boundless, but are the plotlines sprung from it? Watching detectives stare into a computer screen week after week, clicking along to suspenseful music, likely isn't going to be enough to keep America tuning in. After all, CSI showrunner Anthony E. Zuiker was contracted by CBS to develop the similarly-themed Cyber Crimes in 2009, but the network ultimately passed on the show.

Even if Zuiker has finally worked out all the kinks from his pet theme, there's an argument to be made that CSI should just give up the ghost — and a scientific argument at that. "The CSI Effect," first presented in 2007, is the theory that watching the often unrealistic feats of science portrayed by the show (e.g., the ability to find DNA at every scene, matching a sole microscopic fiber to a specific shirt) has swayed the way real-life jurors rule on criminal cases. Namely, it's made them hungrier for flashy tests and cold, hard scientific proof, whether or not that proof is even possible to attain. Though the actual validity of this theory is debated, fear of its implications alone has caused a measurable spike in the number of evidentiary experiments ordered, whether or not they serve any actual purpose — which, plainly put, is a waste of time and money. And with CSI now branching into the world of cyber crime, tech experts can likely look forward to a consultancy boon.

Still, it's entirely possible that any damage from "The CSI Effect" has already long been done — that one more little spin-off can't hurt. So, while Arquette fans rejoice at her new role, nay-sayers can look forward to the fact that, by setting its new show on the Internet, CSI may at last have hit its final spin-off frontier. Unless, of course, the Oscar avalanche for Gravity sparks a new outer space trend; in that case, get psyched for water particle analysis on CSI: Mars.