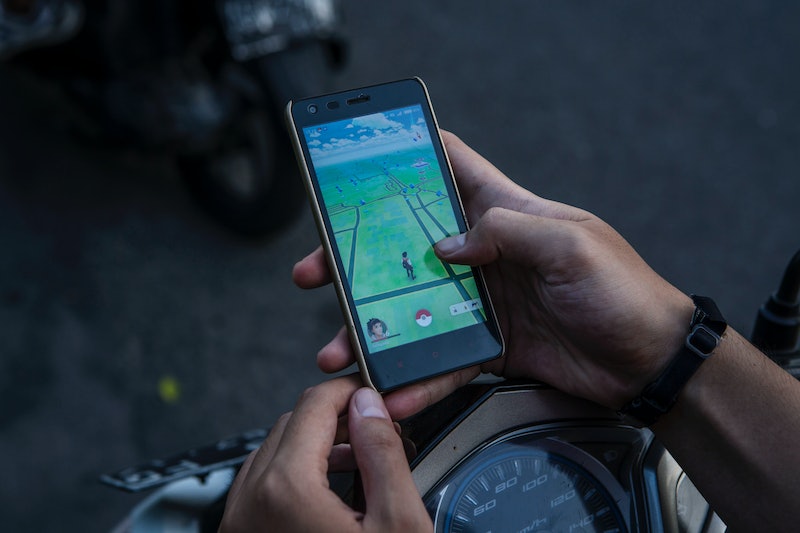 The stories coming out of the world’s “Pokemon Go” obsession have been a mixed bag, some overwhelmingly positive (People are exercising!) and some… not so much (People are wandering off of cliffs). But here’s one that will make you weepy: “Pokemon Go” helped a boy with autism to come out of his shell and interact with the world in a new way. The experience has his happy mom touting the game as an “ASD [Autism Spectrum Disorder] mama's DREAM!!!!!!”

On July 17, Love What Matters posted a story on Facebook by Lenore Koppelman about her 6-year-old son Ralph’s first time using Pokemon. “I finally introduced Ralphie to Pokemon Go tonight,” Koppelman wrote. “… This thing is AMAZING.” Ralph loved the game and went outside to play it, sometimes interacting with other kids and adults. Koppelman explained why this was so significant for him, writing,

MY AUTISTIC CHILD IS SOCIALIZING. Talking to people. Smiling at people. Verbalizing. Participating in pragmatic speech. With total strangers. Looking up at them. Sometimes even in the eye. Laughing with them. Sharing something in common.

She goes on to describe what happened after Ralph caught his first Pokemon (and got the “gotta catch ‘em all” itch that so many “Pokemon Go” players are already familiar with):

He ran outside to catch more. A little boy saw him and recognized what he was doing. They immediately had something in common. He asked Ralphie how many he had caught. Ralph didn't really answer him, other than to shriek "POKEMON!!!!" and jump up and down with excitement while flapping his arms. Then the little boy showed him how many HE had caught (over 100!) and Ralph said "WOWWWW!" and they high-fived. I almost cried.

Koppelman goes on to describe an evening of fun with her son, as he interacted with neighbors and other players and willingly got out of his comfort zone. She seems almost overwhelmed by the experience, writing, “I didn't know if I should laugh, or cry.”

The Facebook post has been shared more than 6,000 times, and many people have chimed in on the comments to tell their own stories about how “Pokemon Go” has helped them and their loved ones get out into the world, even when they are dealing with issues like ASD and anxiety. One commenter wrote of the game, “It's the first time in a long time I haven't had to drag my asd son out with his siblings on family outings. If anything he's leading the pack and advising us of where we should go.” Another wrote, “I work with kids, many of whom are ASD, and we go on Poke-walks to catch Pokemon and practice socialization and encourage exercise and adaptation to small changes. I love this game for how much they love it and how excited they get to go on an adventure.”

In an interview with Kidspot, Koppelman said that “[Ralphie] seems to be a little bit less in his own secluded world now, compared to before.” In the short time that “Pokemon Go” has been available, we’ve already learned that the game can be dangerous when people aren’t paying attention. Koppelman added that, although she wants her son to be safe, she also wants him to get everything that he can out of the game, saying, “It’s tempting for Ralph to wander off to find Pokemon, so I have to keep a close eye on him. However, I don’t want to be so afraid of the dangers that I deprive him of the potential positive outcomes as well.” Obviously, it’s essential that parents keep a close eye on their kids when they’re chasing after Pokemon, but — as some of the commenters on Koppelman’s Facebook post have mentioned — parents accompanying their kids as they play has been a great bonding experience for some families.