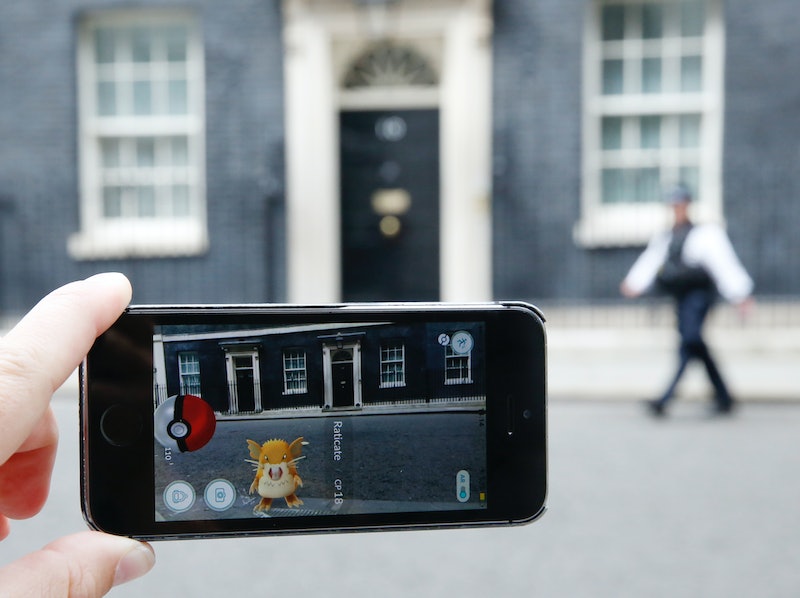 I have to give credit where it's due: If nothing else, "Pokemon Go" has gotten people off their behinds, moving their bodies, and exploring their surroundings. But the quest to "catch 'em all" has taken some Trainers to rather bizarre locations. You've likely heard stories about some of the weirdest places people have found Pokemon in "Pokemon Go," but let me assure you: It gets weirder. You've got to hand it to them, though — players certainly are devoted to the game.

Several outrageous stories have hit the news since the game's launch about unusual places people have found Pokemon, like the 15-year-old in Pittsburgh, Pennsylvania who had just left a museum (after collecting a Pokemon) and was crossing a busy street (to collect another Pokemon)... and got hit by a car. Yikes. Luckily, she walked away with minor injuries, but I think we learned a valuable lesson here, folks: Don't chase after Pokemon in the middle of the street. Really. Just don't.

But this isn't the only strange place people have gone looking for the little pocket monsters. On the adventure to catch 'em, train 'em, and take over a gym, here's where some of the "Pokemon Go" players have turned to. Some of them are pretty creative. Others are just plain old... strange.

2. While Your Wife Births A Human

3. In A Public Restroom

Caught a Weedle on the toilet? I hope that's not contagious.

4. In Your Own Bathroom

At least wash your hands after, for the love of Pete.

6. At The Doctor's Office

This gives me the creeps.

This is going to end well.

9. At Really Important Museums And Memorials

It takes serious guts to play games while people stick sharp metal in your mouth.

Timmy got his head stuck in the fence again. DID YOU HEAR ME?

She prefers tea and shuffleboard.

This makes my soul hurt. Seriously, you guys. Do not play "Pokemon Go" and drive.

16. At The Police Station

He must've been confused.

18. After You Just Got Pulled Over

I'm at a loss for words.

I've read in science journals that staring at your phone while walking around moving cars can be hazardous to your health.