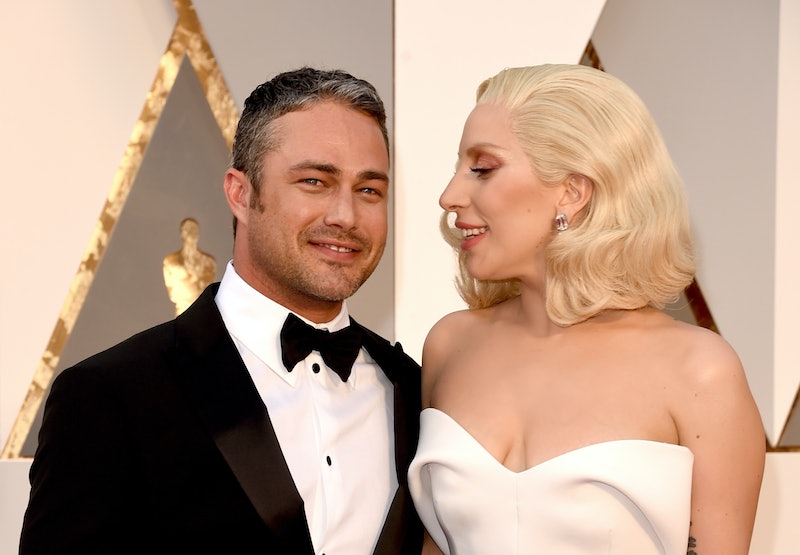 You know what was hard? Relaying the news to my Lady Gaga-obsessed best friend, or Little Monster as I should probably call her, and telling her that Lady Gaga and Taylor Kinney had broken up. I mean, even I'm bummed about it and I wasn't more than a passing fan. They just... they seemed so good together, you know? It'll be alright in the end, I'm sure (at least according to my favorite, "If you love someone let them go..." AIM away message quote for the better part of middle school). But, anyway, I bet you're asking yourself, why did Lady Gaga and Taylor Kinney break up?

It's a very solid question. Heck, it's one I've been asking, too. I was so curious, in fact, that I did some digging to ease the pain of the unknown. Good news and bad news on that front, though. I found why they broke up but I am sure you aren't going to like it. Case in point, a source revealed to Us Weekly that the reason behind why Gaga and Kinney are no longer together, and unfortunately, it isn't an especially good one. (Not that there's ever a great reason to break up, but this explanation seems particularly lacking in terms of why a relationship split of this magnitude would end.)

The main issue with Gaga and Kinney, that led to them breaking off their engagement, according to Us Weekly's source, is that they, "drifted apart." (Bustle has reached out to a rep for Gaga to confirm the news but has yet to hear back.) What does "drifted apart" even mean, anyway? Well, in my own personal and literal interpretation of that quote, I will give them the tried and true "conflicting schedules" argument that celebrities often site as the cause of their break ups. Actors and singers do spend a significant amount of time on the road, whether it be because of touring, promotion, or heading to various filming locations. And, if you're both as successful as Gaga and Kinney are, I can imagine that being apart so often due to work could take a toll.

According to the site, the source also said Gaga went on a Cabo San Lucas, "Girls trip to get away and get over it," because, "She was really crushed," by her engagement being broken. Who could blame her? Just because two people have "drifted apart" doesn't mean there's not a whole lot of love still between them. While the split is quite sad, on the bright side, Twitter has banded together to make sure that the "crushed" Gaga isn't alone. The hashtag #WeLoveYouGaga trended on Tuesday and it's proof that this relationship, and Gaga, meant a lot to a lot of people.

Who knows, though. Maybe there's a chance that even though the couple "drifted apart," they can eventually drift back together.