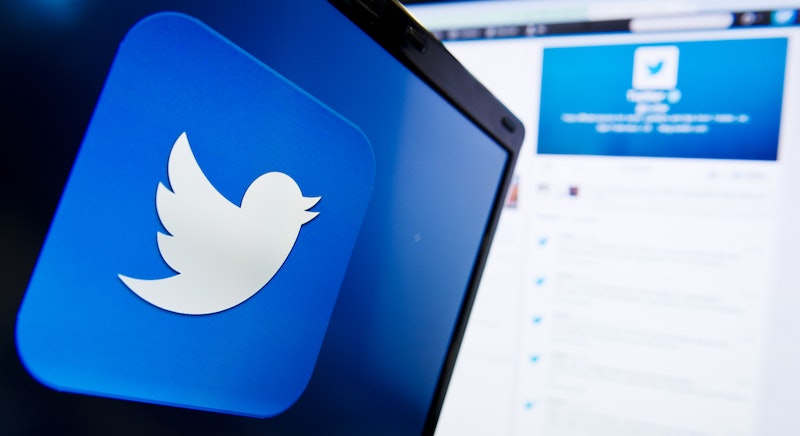 Big, big, big, big news for all you fledgling social media celebs: Twitter is now allowing people to apply for verification. This news will, of course, inevitably be accompanied by the question, "...OK, but, like, what does Twitter verification mean?" Admittedly the meaning of the whole thing has shifted a little recently, but it's still worth educating yourself on what verification is. Just, y'know, in case you want to apply for it. You never know.

If you've been on Twitter, you've probably noticed the little blue and white checkmark next to certain accounts. And you've probably noticed those accounts tend to belong to athletes, actors, comedians, models, and other public figures. Fancy people. Celebrity people. High-profile humans for whom fake accounts are probably being made by the dozen, but thanks to that little check mark, they are able to say, "Excuse me, plebes, this way for the real me." There's something to be said for being able to reach out to a public figure or brand and know that you're actually getting in touch either with them or their team — and not just from the standpoint of, say, a fan. Lots of people use social media for work purposes, and verification can help with that whole thing.

Prior to today, Twitter was responsible for choosing an account to be verified. Yes, you could request a verification, but out of an estimated 320 million active users, only 187,00 are tweeting from verified accounts right now. If you were selected to complete the verification process, you were expected to plead your case regarding who you were and why the world needed to know that, Twitter could request a scanned copy of a government-issued ID, and your account had to be open to the public, among other requirements.

Though its intended use is to "verify that an account of public interest is authentic," to bring more traffic to your page, and discourage catfishing, more than anything else, that check mark is a status symbol. Get your verification badge, and you're Being Noticed.

Worth noting is that verification status can be taken away, too; earlier this year, for example, Milo Yiannopoulos, a notorious contrarian, was "de-badged." Additionally, if you change your Twitter handle after being verified, your badge will vanish.

But now, the process for getting that badge in the first place is a whole new ballgame. The company announced it in a press release, and people have... thoughts about it.

There are some who believe that being able to apply for verification will somehow diminish the importance of the badge — but I mean, let's be honest: At the end of the day, Twitter verification is not unlike Whose Line Is It Anyway? Everything is made up and the points don't matter. So, yeah, it's nice, but it's not the end of the world if you don't have it.

More like this
Behind The Hilarity Of The "POV: You Walk Into My Room" TikTok Trend
By Lexi Inks
How To Turn Off Night Mode On Your iPhone Camera
By Emma Carey
20 Smart Devices Under $35 That’ll Change The Entire Vibe Of Your Home
By Emma Carey
Here's How To Get Your iPhone To Update Automatically Forever
By Emma Carey
Get Even More From Bustle — Sign Up For The Newsletter