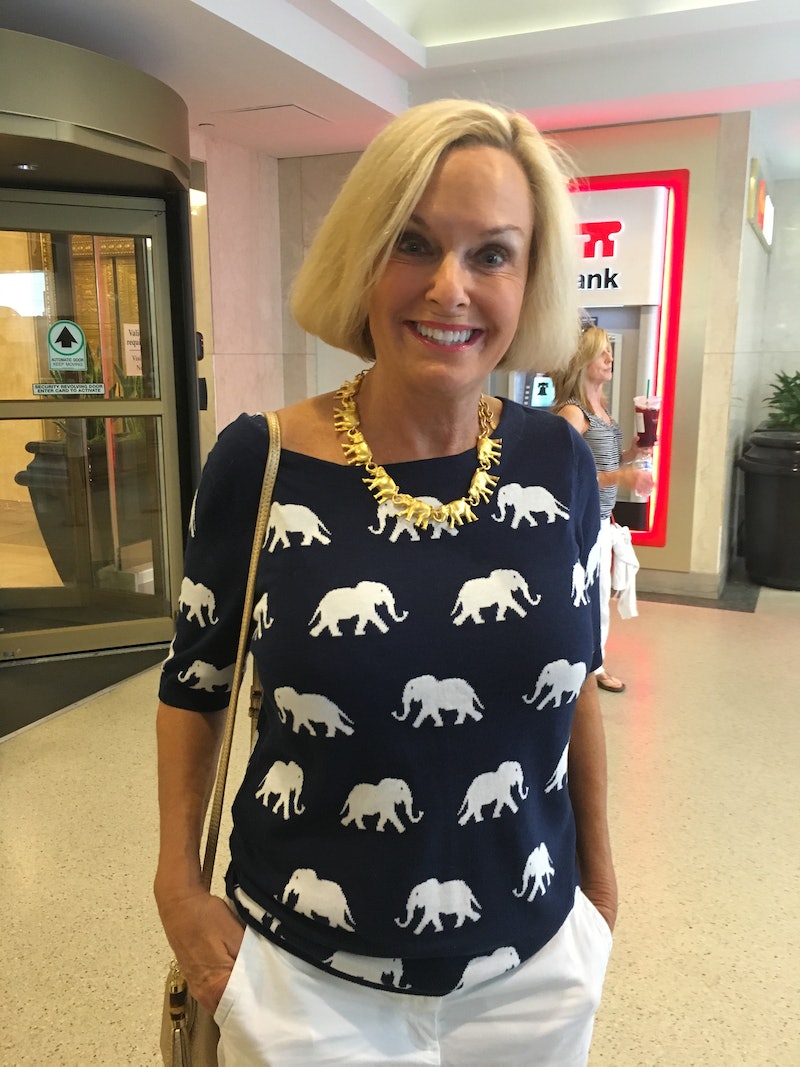 The RNC kicked off with a bang on Monday, and if Day One was any indication of what's to come, then it is going to be an interesting few days of welcoming Donald Trump to the GOP ballot. There were protests both inside and outside of the event, including a group of 100 naked women protesting Trump's misogynistic comments and actions over the course of his campaign. There was also a "Women Vote Trump" event at the convention, which didn't succeed at attracting many women. With such a small percentage of women interested in the candidate, and given his anti-women rhetoric, are there any feminists at the RNC in Cleveland?

On Tuesday, Bustle got the scoop on RNC feminists and asked individuals attending the convention whether or not they identify with feminism. The individuals running for the 2016 Republican general election ballot have definitely not been pioneers of feminist values, often advocating for things like strict anti-abortion stances, and spreading misogynistic statements, anti-LGBTQ rhetoric, and anti-immigrant sentiments. And yet after speaking to a number of people outside of Tuesday's convention, Bustle found a few feminists, as well as a few not-so-feminists, among the many attendees of Cleveland's GOP convention. So, what did everyone want us to know about the movement? What makes you a feminist?

Check out what these convention goers had to say about their feminism, or lack thereof.

I'm not a feminist because there's no wage gap. Women are doing fine, and the feminism movement has been hijacked.

I am a feminist because feminism not only means more rights for women, it means equal rights for everyone.

I am a feminist because I loooooove women, and they looooove me. Why do you think I've been married so many times?

I am not a feminist. I still believe that women should be women, men should be men, and I still like being taken care of.

I am a feminist because I believe in equal rights and also because I do not want the government or the laws to control my body and what I get to do with it.

No, I'm not because I've always been ultra-conservative. I am very pro-family, I am definitely pro-life.

I am a feminist, and I believe that true feminism happened probably in the '70s, and I was a product of the '70s, so I think we've come a long way.

I'm not a feminist. I think most of the feminists are just women that wish they were men.

There you have it. Feminism means so many different things to different people, whether they support the movement or find themselves in opposition. But at the end of the day, it looks like there were at least a few feminists in or around the RNC.

Follow Bustle on Snapchat (username: bustledotcom) for more live updates from the RNC.