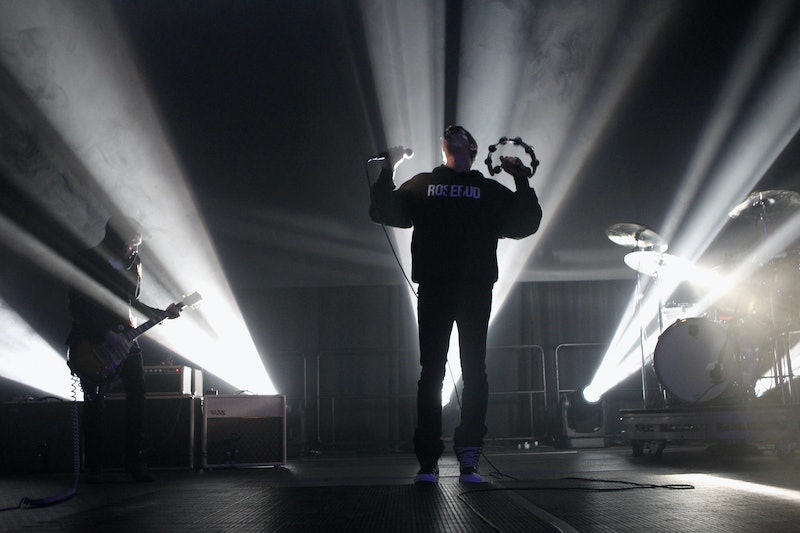 On Tuesday, on the second night of the already epic, bizarre, and surprising Republican National Convention, a plethora of attendees reportedly headed to a nearby concert, which was touted by the RIAA as a charity benefit catering to the convention. And yet, when the performance time rolled around, plenty of conservative attendees weren't too thrilled. Rock band Third Eye Blind expertly trolled Republican National Convention attendees, which left some of them fuming.

Look, it's actually entirely fair if you're not down with this sort of thing. Obviously, conservatives and Republicans exist deserve some respect in the public sphere, and this was their event. It's a little cold to come out swinging for progressive causes at this convention, and especially to tease and tweak people who thought they were in for a concert.

That said, what else is politically aware, comedic, tongue-in-cheek activism all about? Somebody usually ends up on the receiving end of the joke. It's just a matter of figuring out which targets deserve a ribbing and which don't. And if you're looking for a group that could be said to deserve it, a political party which denies climate change, has spent the last few years running an unconstitutional run-around on reproductive rights, and just nominated the most openly racist presidential candidate in a generation isn't a bad place to start.

As you can see in the video above, Third Eye Blind's lead singer, Stephan Jenkins, started off one song, "Jumper," with a clear statement of support for gay rights:

... Like my cousins, who are gay, into the American fabric. To love this song is to take into your heart the message, and actually, actually have a feeling to arrive and move forward, and not live your life in fear, and imposing that fear on other people.

As Rolling Stone's Daniel Kreps noted, the concert wasn't actually held in the convention hall, but at Cleveland's iconic Rock and Roll Hall of Fame. Lead singer Stephen Miller reportedly peppered the attendees with various questions and statements ― for example, "Do you believe in science?" That's a clear nod to the GOP's years-long, wildly irresponsible ignorance of climate change. Jenkins clearly wasn't that swayed by the boos, either.

So what do you think? In bounds, or no? It's worth noting that, while it's hard to discern an audience's true reaction from a smartphone video, some of the people at the event did cheer for Jenkins' gay rights affirmation. So at the very least, you can take some heart in that. The band responded to the ensuing controversy on Twitter Wednesday, making it clear that they were not all that concerned about any backlash.