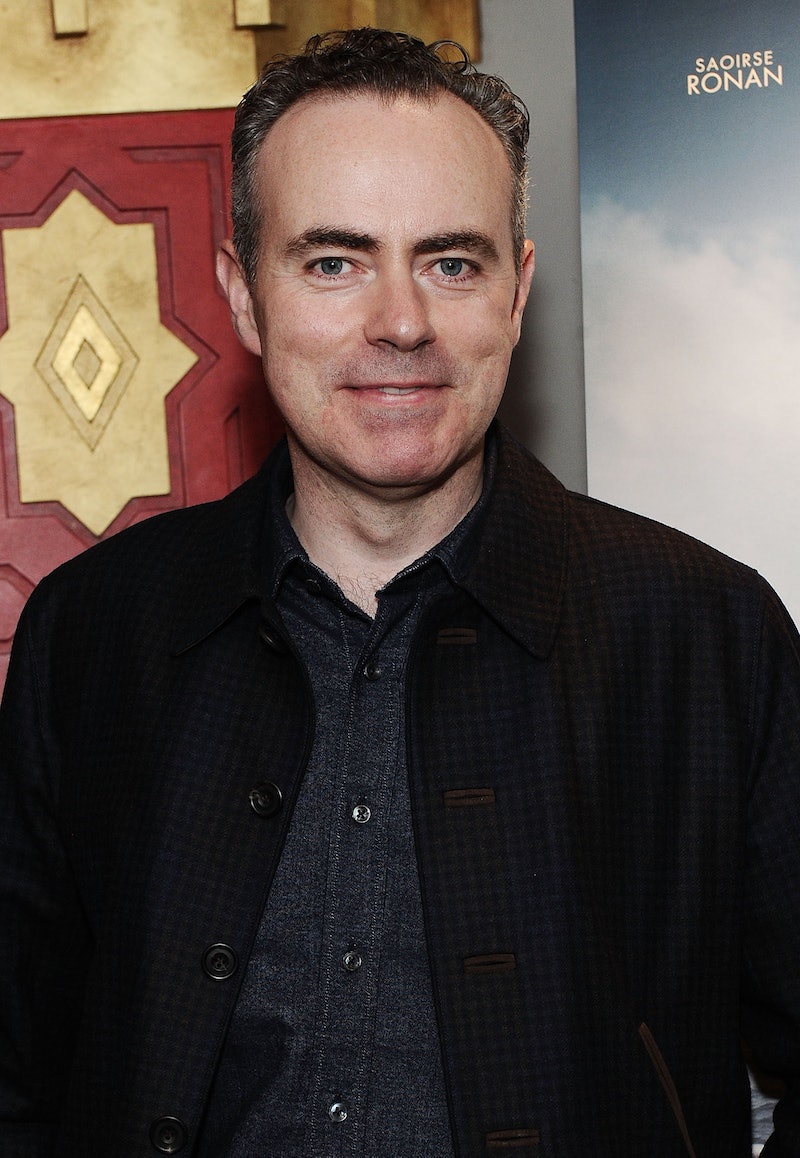 Anyone who has had the great pleasure of reading Donna Tartt's Pulitzer prize winning The Goldfinch will understand how viscerally cinematic every last word of the book is. The story, which follows the life of 13 year old Theo Decker after he survives a cataclysmic accident which kills his mother, is an immersive masterpiece on a grand scale. Since it was revealed in 2014 that Warner Bros. had bought the movie rights for The Goldfinch, fans have been eagerly awaiting further details regarding the casting and production of the film adaptation. And two years on, it finally feels as though there's some actual progress happening in the making of the movie. On July 20, Deadline reported that Brooklyn's John Crowley will direct The Goldfinch film adaptation — and I'm not going to lie, I'm beyond excited for it all right now.

Crowley, who was at the helm of the triple-Oscar nominated Brooklyn, seems like an appropriate choice for adapting the book. As shown by his work in that film, he's more than capable of expressing powerfully complex emotions and maintaining a strong, specific tone throughout the narrative. However, regardless of how cinematic the source material is, adapting The Goldfinch for the big screen will surely still be a tricky task to do well. The book features a large, often sprawling scale and the sort of private, heart-wrenching emotions that can be difficult to translate into a set of visuals. Bearing that in mind, here's several elements from the book which truly need to be done well for the film to successfully achieve the same magical experience of reading it.

The Ability To Go Beyond Drama

Though The Goldfinch was primarily a literary drama, part of the book's genius was in the way that the narrative could playfully and effortlessly blend elements of wry humor, suspense, stunning romance, and the terrors of real-life horror. Films can sometimes struggle to combine so many elements within such a short, average running time without it feeling jarring, so it'll be interesting to see whether Crowley can embody this overall tone successfully within the film.

Though the story of The Goldfinch in itself is a masterful and gripping one, it's Tartt's truly heartfelt prose which digs under your skin and burrows into your heart, making you truly care for the plot and characters. Whether the film adopts a narrator with which to allow Tarrt's poetic prose to be our emotional guide within the film, or whether Crowley can someone imbue the movie with such sentiments in a visual manner will remain to be seen. But failing to echo the truly beautiful writing in the book would be like ripping the heart out of The Goldfinch, and leaving nothing but the empty remnants for the big screen.

When Theo is forced to move to Las Vegas to live with his deadbeat father, he befriends Boris, the flamboyantly cosmopolitan and world-wise son of a Ukrainian immigrant. The two strike up a touching, if slightly dysfunctional, friendship, which tends to lead the two of them to look out for each other, stay up all night talking, and experiment with drugs together. Their relationship also features some drunken, homoerotic experimentation, which felt real and also highly relatable. It would be a shame to see the film water down this plot line and avoid showing the intensity and hedonism of their friendship.

Another area where the film could potentially fall short would be in failing to provide the same level of depth and complexity to each character as in the book. Whereas The Goldfinch had over 700 pages worth of space with which to develop a rich assortment of characters into people who you genuinely cared about by the final page, the film will likely have less than 3 hours to accomplish this. The Barbour Family, James "Hobie" Hobart, Pippa, and Boris (to name but a few) all need to feel just as real in the film as they do in the book.

The Goldfinch Painting Has To Look Magical

For real. The movie adaptation has a lot of imaginations to live up to in making the painting look just as magical and arcane as Theo (and we, as readers) saw it.

There's a lot happening in The Goldfinch. And though the narrative has a clear trajectory from youth to adulthood, there's a lot of subplots which happen on the way, and none of them should be either dropped or made the prime focus of the movie adaptation. For instance, though it would be easy to see how a movie would benefit from focusing on the criminal, suspense element of The Goldfinch (with Theo selling forgeries of antiques and getting blackmailed for being in possession of The Goldfinch painting). Doing so would compromise the nuanced and breathtakingly protracted love story of the book between Theo and Pippa, as well as hinder the development of key supporting characters. Every part of The Goldfinch adds to the overall storytelling of the narrative; to take even a small part of that away and to pay less attention to one aspect than another may seriously alter (and damage) the story. Still, I have faith that Crowley knows this and will do the source material justice.

It Has To Break Hearts

If I don't find myself completely in years by the final 20 minutes of the movie then I'll be sorely disappointed.

OK, so I know I'm probably already asking way too much of this film — it has a lot to live up to and a lot to pack into a movie which will likely be somewhere between the 90 and 180 minute mark, but a girl can dream. Regardless, I'm sure the film adaptation is safe in Crowley's hands and will be amazing — and until it's released, the spine of my already battered copy of The Goldfinch will survive another few heartbreaking reads.

More like this
The 'Spiderhead' Movie Ending Is Nothing Like The Short Story It’s Based On
By Morgan Leigh Davies
The ‘Squid Game’ Season 2 Renewal Teases A Creepy New Figure & A Return
By Brian Anthony Hernandez and Bustle Editors
Ottessa Moshfegh Is Happy To Be Your “It” Girl
By Arya Roshanian
'The Summer I Turned Pretty' Book Ending Is An Emotional Rollercoaster
By K.W. Colyard
Get Even More From Bustle — Sign Up For The Newsletter