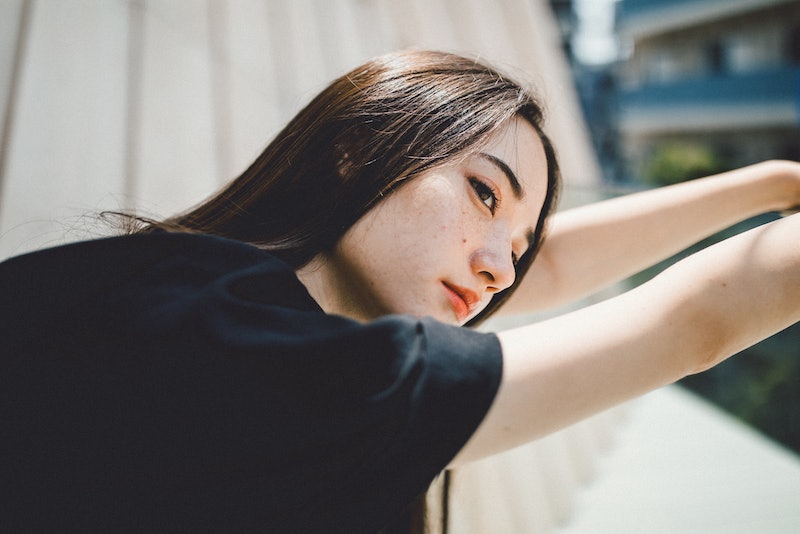 The thing about stress is that it doesn't just happen and then fade like other emotional responses. In fact, one of the defining characteristics of stress is that it's lasting. “When you get stressed, it’s not brief — it goes on for a little bit,” the study's lead researcher Rajita Sinha told TIME. “And that’s the state in which the brain has to figure out what to do.”

In analyzing the scans, researchers noticed something interesting in the ventral medial prefrontal cortex, a region of the brain that is involved in decision making and in regulating emotional response. Some people showed greater activity — which indicates what's called neuroflexibility — in this region than others. And when they compared the scan results to participants' responses about their coping techniques, they found that people with greater flexibility in this region of the brain were less likely to report using unhealthy coping mechanisms like alcohol or emotional eating.

In other words, having a flexible brain really pays off.

Stress is a part of life for just about everyone to some degree of other, but prolonged stress, or stress that isn't managed properly, can not only wreck your mood but your health, too. In the short term, stress can make you irritable or prone to outbursts and can provoke headaches, fatigue, and other problems. But in the long term, stress can contribute to major health problems like high blood pressure, heart disease, and diabetes. It also puts people at higher risk for substance abuse and addiction.

So managing your stress properly, without relying on unhealthy coping mechanisms, is pretty important.

Unfortunately, increasing flexibility in your brain isn't as straightforward as doing regular toe touches. Still, researchers think that understanding the neurological functions that control stress could be an important step to helping more people manage it. For one thing, it can help predict who might be at risk for stress-related problems, including substance abuse. And it also could encourage researchers to investigate techniques for promoting neuroflexibility in this region of the brain.

So far, there are techniques for increasing neuroflexibility (also called neruoplasticity) in the brain generally — and meditation has been shown to increase activity in the prefrontal cortex specifically. But more targeted techniques could still be developed.

In the mean time, doctor-approved methods for managing stress include: regular physical exercise, meditation and other relaxation techniques, socializing with friends, making time for your hobbies, and keeping a sense of humor. All of which sound like the best prescription a doctor has ever come up with.

Stress might be a part of everyone's life, but it doesn't have to take over.